Building on last year’s lineup announcements, the Spanish festival BBK Live has announced a host of new acts. Along with The 1975  and Sundara Karma, Justice, Cabbage, Dixon, The Black Madonna, Job Jobse, MCDE and Lena Willikens were also added to the bill.

Last year the festival played host to Arcade Fire, Foals, Pixies, Wolf Alice, Slaves and many more. This year is set to be just as special.

The Spanish festival takes place from the 6th-8th July on the outskirts of Bilbao. Tickets are available now starting at €110 from the Bilbao BBK website. 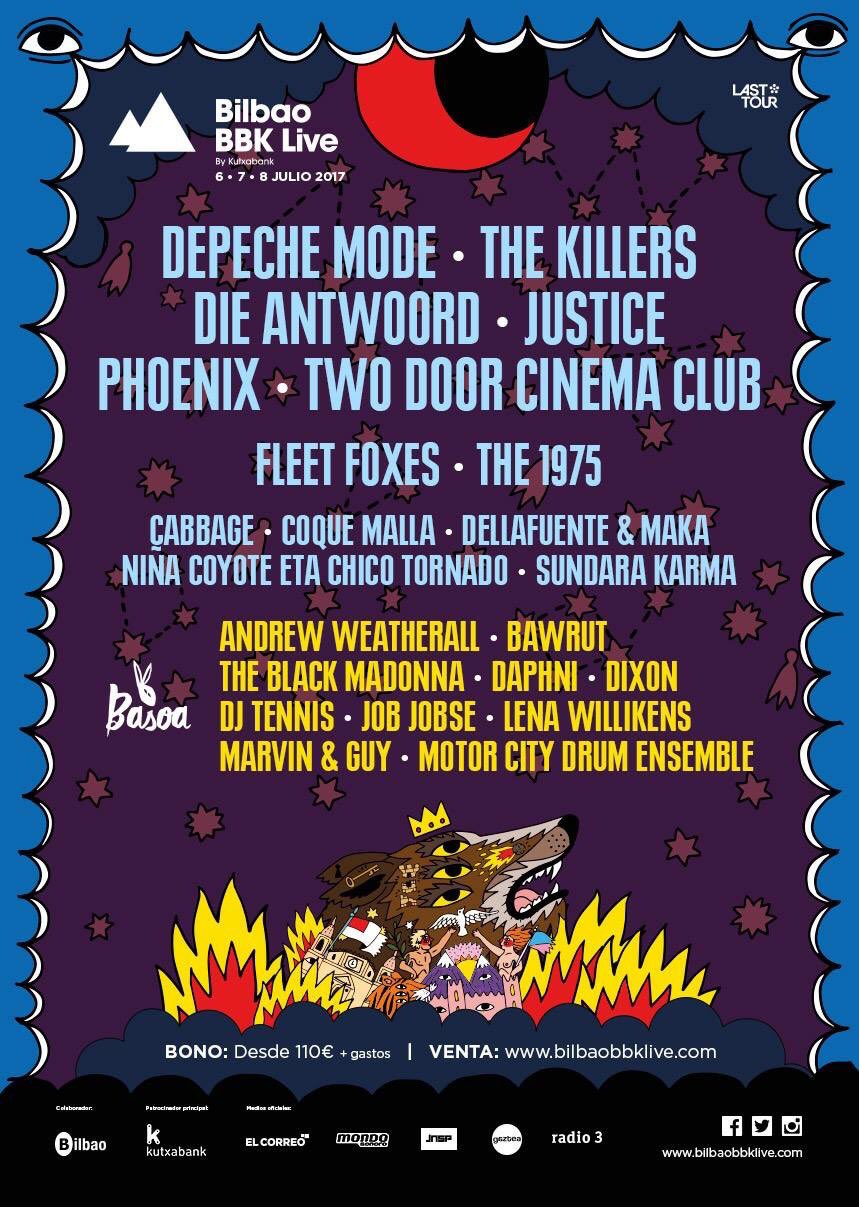 With over half a dozen stages and a kitchen sink lineup, it’s...

Held in Cornbury Park, Wilderness isn’t your typical festival. As well as...