Held in Cornbury Park, Wilderness isn’t your typical festival. As well as sessions in axe throwing, wild swimming and pilates, their music stages see indie-rock come together with jazz, folk, techno and queer cabaret to create a one-of-a-kind weekend in the Oxfordshire countryside.

To help navigate the extensive lineup, we’ve picked out five of the music artists you shouldn’t miss out on.

This Brighton six-piece morph equal parts jazz and punk to produce a frantic, defiant sound of their own. Known for the extra degree of chaos at their live shows, they’re sure to be a standout slot on The Stargazer Stage.

Louise Macphail and Kristin McFadden have bridged the Atlantic gap between their hometowns (Bristol and Chicago) to create Prima Queen. The indie-rock pairing fall into the same musical universe as the likes of SOAK, Pip Blom and boygenius, marrying candid lyricism with rich, multi-layered production.

The queer presence at Wilderness is set to be impressive. As well as panel talks and Q&As, the ‘Fresh and Flamboyant’ lineup boasts performances from the likes of Queer House Party and east London’s Michelle Manetti. Her club night, Fèmmme Fraîche, will also be taking over The House of Sublime on Thursday. With a host of guest DJs (Darren Skene, Linzi Symons, Ms.G, Marie Malarie and Kim Lana alongside Manetti), it’s a marathon party not to be missed. 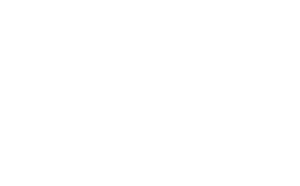 Another face from the London queer scene, jazz singer Luca Manning is the perfect pit stop for anyone wanting to shake up their itinerary, as reimagined pop covers mix with tissues-at-the-ready ballads.

The London-based trio are perhaps best described as indie-techno, layering restless synths and drum loops behind lethargic vocals. Looking for a boogie and something a bit left of field? Make sure these guys are on your list.