As a new year rolls ’round, before we set our sights on 2019 – we decided to take a quick look at what was quite possibly one of the best albums of 2018. Understated in its brilliance, Father John Misty’s fourth album, Gods Favorite Customer, once again sees Josh Tillman return to bring us an album filled with satire, brutally honest lyrics and, of course, Tillman’s signature flair for the dramatic. But, that’s enough from the editor, lets hand over to our writer, Aurora Henni Krogh, as she takes a deep dive into Gods Favorite Customer.

Satirically introspected and yet – the unintentional mirror of God’s Favorite Customer tells as much about us as it does about the mishappenings of a life of love.

In the hyper-politicising atmosphere of insta-likes, alt-right movements and all-caps tweets from too-powerful orange men, the neglect of art is a potential threat to all meaningful artistic endeavours. The risks are not only to rid our culture of meaningful perspectives, but also to get stuck in an unfulfilling cycle of meta-commentary without much content.

It is in this day and age that albums like God’s Favorite Customer seem like a blessing in disguise. Though the prophecy of any Father John Misty release is a nihilistic twist on a crisis, this record proved to be just what we needed to get through another hell-raiser of a year.

Right off the bat, God’s Favorite draws dark humour to his heart. But as we ‘Hangout at the Gallows’ we might as well ask – “what’s your politics? What’s your religion?” In just one elegantly sly phrase, the father unboxes the unruly stereotypes of our, supposedly collective, debate. As judgment is passed, the moral and misconception of both these powerhouse questions are laid bare.

Negotiating the social politics of our society through the microscope of an evening theatre, Father John Misty explores all the possibilities of the first person narrative. Through what seems like his own wandering of mind we are confronted with much larger topics. The duality of the tale explores the proximity of human relations in an almost humouring way.

It’s a contemplative release, God’s Favorite Customer, dwelling on personal matters as well as fulfilling a potentially superficial need to do or think something of worth, whether it be love or relevance. It’s not about understanding, it’s about bridging emotion and intelligence without tying down the ability to experience. How mundane would life be if we rid ourselves of feelings?

This is what Tillman conveys with his endless talk of hotel lobbies and hidden heartache. It’s earnest spoken words about romance and the fear of the dying flame. The love story mirrors one of our own. The constructs align, though the heartfelt plead of guilt has yet to surface from the inkwells of our barely breathing printing press.

Father John Misty is the epitome of the grumpy guy – the self-righteous neighbourhood warlock who shouts “get off my lawn” and still his highness has managed the magic trick of becoming the daddy muse for the swooning millennial masses. If so, this position of power amongst art-school kids and thirty-something know-it-alls have led him onto some highly informative praise. Pure Comedy was a leap of faith before the reality of Trump made it painfully actualized. And yet, in this, slightly bleaker, new political realm, Mr. Tillman comes around with a release so unquestionably persuasive and dual that it just might border on genius. 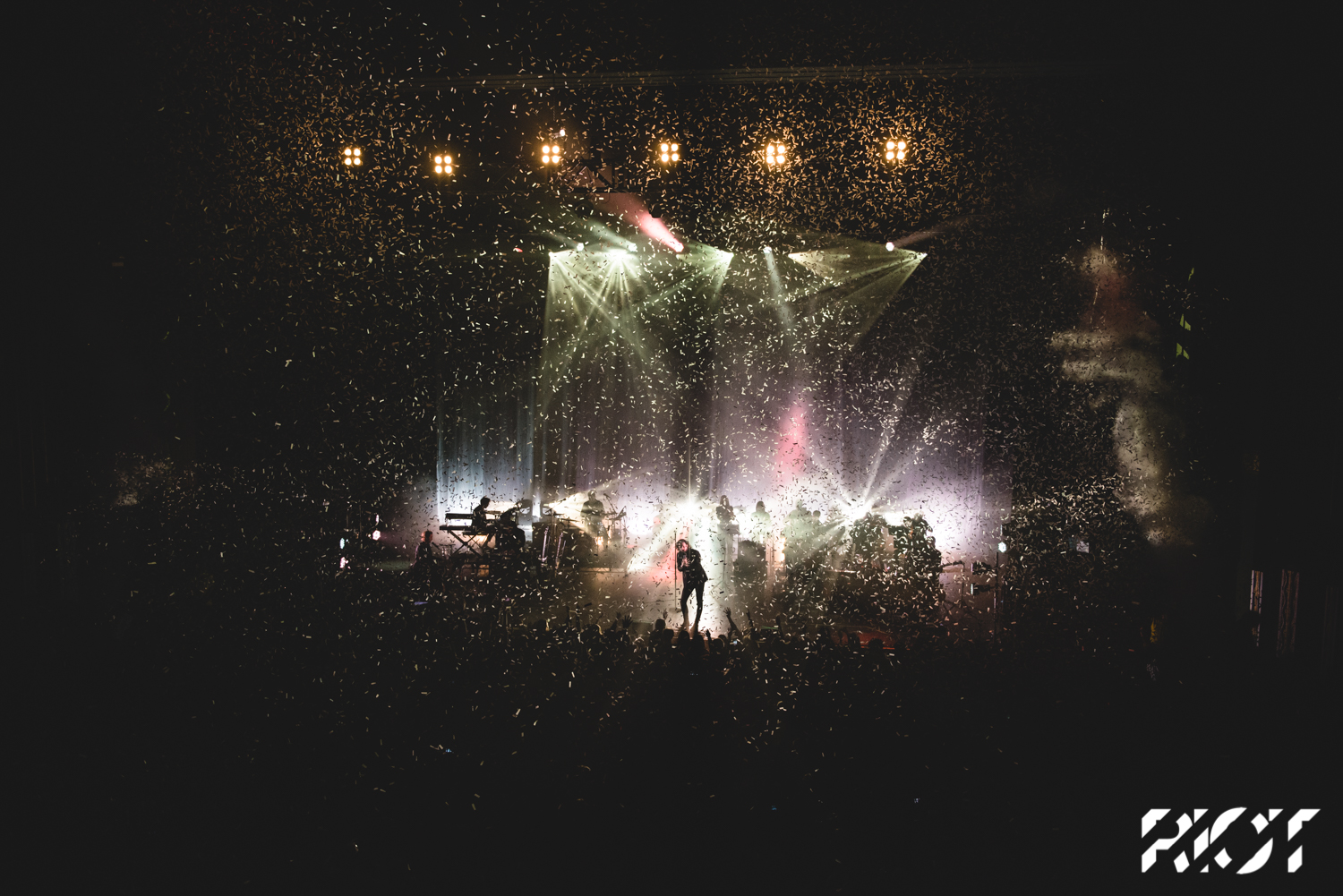 The collective human existence, in all its mundane turmoil, filtered through the prism of one man’s ideas. Our pretentious provocateur has gifted us with a well-orchestrated soundtrack that, despite it all, contains that little beaming hope needed to carry on in this cluster fuck of a reality show.

I don’t believe in God, but if I did, I am sure Josh Tillman would indeed be his favourite costumer. He’s not offering any solution, no straight answer, as honest as it seems – but through the spawn of the album, the profound impact is hard to ignore.