Album Review: A Brief Inquiry Into Online Relationships // The 1975

The 1975 are a modern musical enigma; they sound like pop stars and sell tickets by the thousands to a pop star’s demographic, whilst simultaneously averting just about every characteristic that pop stars are supposed to display.

The Manchester four-piece chronicle their observations, both personal and societal, through pessimistic, often decadent lenses; reciting tales of heavy drug use and suicidal friends, whilst rarely touching upon the topic of romantic encounters without pertaining the subject with references to savage disillusion, or – more commonly – a shameless admittance of wrongdoing.

Prior to A Brief Inquiry Into Online Relationships, Matt Healy & co released 5 singles from the LP, which is a rare display of transparency from a group who have sculpted their public image on mystery and unpredictability.

First single ‘Give Yourself a Try’ offers fans all that they could desire in a 1975 return; opening with a hooky, frantic guitar riff (unignorably similar to Joy Division’s Disorder, although that itself is surely not the first example of such a simple arrangement of two notes).

‘Give Yourself A Try’ progresses to dish out slices of wisdom harvested from years of mistakes; flickering between witty self-assessment and shameless confession (“Getting STIs at 27 really isn’t a vibe”).

The second track released from the LP, ‘Love It If We Made It’, exhibits the opposite pole in content that A Brief Inquiry.. has to offer, as Matt Healy exchanges anecdotes & introspection for a real-time autopsy of western society, or rather the compassion that once existed in western society.
The rolling verses throughout this track are full to capacity with political Easter eggs and quotations, with a rare seasoning of hope in the repeated chorus “Modernity has failed us, but I’d love it if we made it.”

As the 15-track album progresses, it’s lyrical content stays true to the two opposing introspective and observational paths that have been marked out by the early singles, whilst allowing it’s musical style to veer wildly across all lanes. 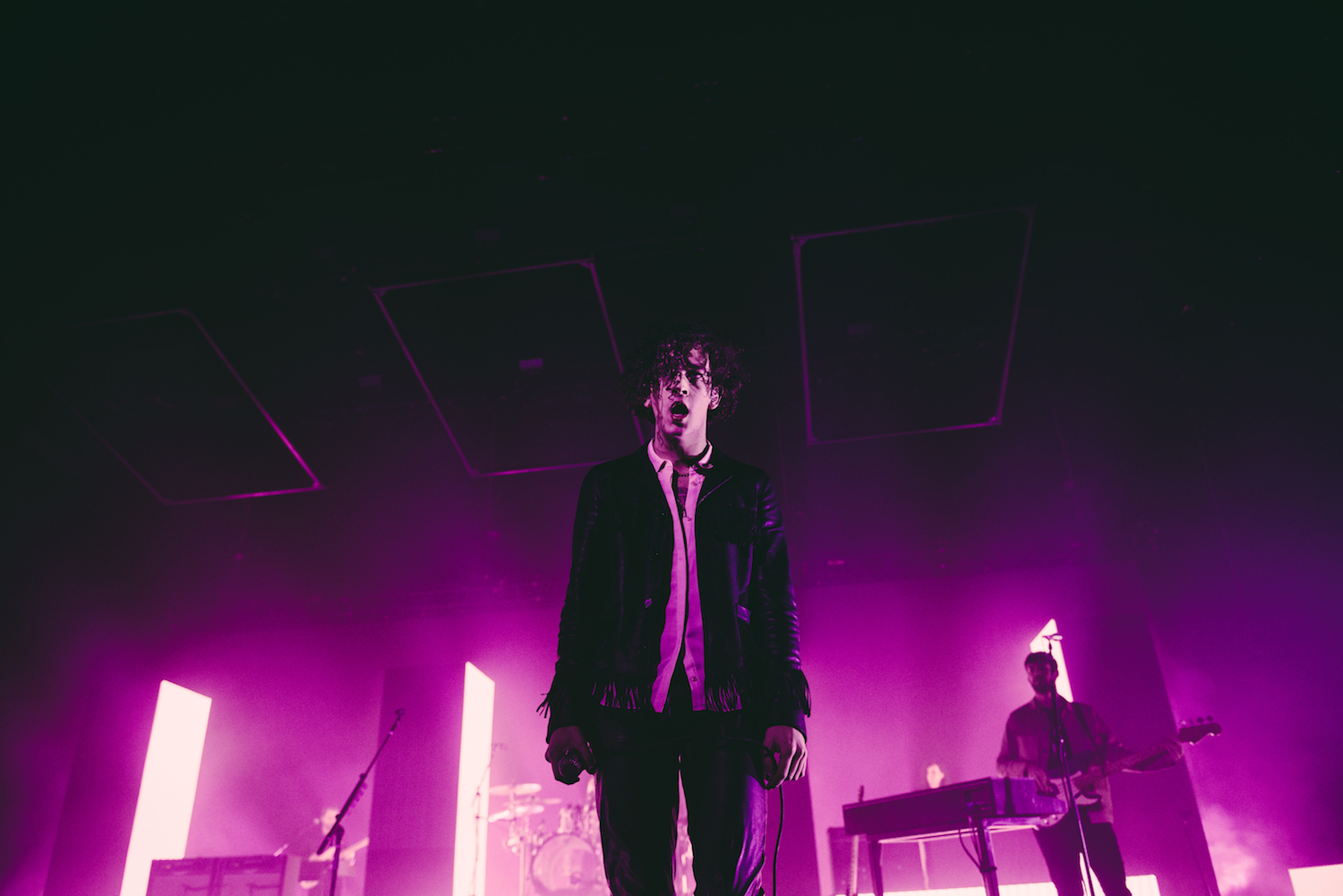 ‘TOOTIMETOOTIMETOOTIME’ unashamedly couples auto-tune with a soundbed that teases a shared heritage with Tropical House, not a million miles in its musical tone from Drake’s Passionfruit.
In trademark 1975 fashion, the radio-friendly nature of this bop is counterintuitively sabotaged by its lyrical content, centred on a toxic relationship – in which Healy has cheated on his lover, with very little remorse.

As this record unfolds, it touches upon neo-jazz in the form of ‘Sincerity is Scary’ and even revisits the group’s pop-punk past – just to remind us that they are capable of creating ‘proper indie music’ after all; before blindsiding the listener and sending us in new directions with the each track that follows.

The sheer length of A Brief Enquiry.. is a bold creative decision, but one that threatens the album’s urgency at times. Slower ballads ‘Mine’ and ‘Surrounded by Heads and Bodies’ are far from being eyesores on the LP’s landscape, but one can’t help but wonder if the tracklist stagnates towards the end of the record.

Album highlight ‘How to Draw/Petrichor’ can be held up as a case study in our current genre-less climate. An 80-second introduction paints a serene picture, and a chorus of warm, auto-tuned vocals ease us into the track before it is infiltrated by frantic electronica at the 3-minute mark. The remaining two minutes of the track roll out a perpetual dance beat, before allowing us one verse of clamorous house-inspired vocals. This track, moreso than any other on the album, showcases just what pop music can be once the genre rulebook is thrown out of the window.

But here is where the enigma lies.

The music-streaming public have a desire to know exactly what they are getting from their artists; generally, either sweet sincerity woven throughout rhyming couplets, or a kind of balls-out sexuality that supersedes lyrical content.

The 1975 are trolling the world with a brand of self-aware, sarcastic pop and, in doing so, the Mancunians have redefined what we once knew about genres and somehow curated an image in which they can pretty much release what they please.

Good bands can fill an arena, but great bands make the industry ask questions of itself and as a general rule; if you don’t fit well into any of the pre-existing boxes, you have done something right.

‘Pop’ songs don’t start with the line “We’re fucking in a car, shooting heroin.”, yet rock songs don’t feature the sickly-sweet melodies audible in ‘It’s Not Living (If It’s Not With You)’ and, at a time when UK festivals are scratching their heads in the search for future headliners, I can’t think of any more fitting acts than The 1975; an act aeons ahead of other contenders in a generation for whom labels of all descriptions have less and less jurisdiction.

The 1975’s A Brief Inquiry Into Online Relationships is released this Friday, November 30th, and is available to pre-order now, or stream from midnight.

Tagged with: A Brief Inquiry Into Online Relationshipsalbum reviewfeaturedreviewsreviews featuredthe 1975

After forging a name for themselves as a formidable live presence within...

Adele harnesses her otherwordly vocals to delve into experiences of guilt, self-doubt,...