Album Review: Black Country, New Road // Ants From Up There

Released exactly a year after their momentous debut, Ant From Up There sees Black Country, New Road grow more concept-conscious within their sound. Following this week’s announcement that frontman Isaac Wood will leave the band amid health concerns, this is an album that punctuates as meaningful a moment as any in the modern story of alternative music.

During their short lifespan, Black Country, New Road have come to represent a certain crossroads in British music. The 7-piece create grandiose and ambitious tracks with sophisticated sonic touchstones, whilst embodying an acute awareness of pop music, meme culture and the seemingly banal anxieties of youth. Reference points on Ants From Up There alone span as widely as late-period Dylan, to Billie Eilish. From Soviet composer Shostakovich, to wi-fi related ennui.

This bridging, or welding, of cultural heritage to a Gen-Z approach towards irony and self-reference has pushed BC,NR to the fore of critical attention; having been shortlisted for last year’s Mercury Music Prize and collecting a respectable haul of five-star reviews along the way.

A majority of the tracks on AFUT predate, in one form or another, the release of For The First Time, meaning this new LP should be viewed less as a chronological evolution on the band’s first outing, and more of an orchestrated progression on the BC,NR narrative.

The songs that were chosen to make up this new album are a deliberate departure from the spacious 90s post-rock which acted as the root influence throughout their first album. Instead, Ants From Up There roams freely and picks the juiciest fruit from any genre that takes its fancy, from College-Rock to Klezmer.

The instrumental ‘Intro’, packs a more carefree pop-punk punch than its counterpart from album one. Whereas ‘Good Will Hunting’ (a nod to the Matt Damon film which sits neatly in the late nineties timeline where much of this album operates) employs a country-tinged call and response between vocalist Isaac Wood and the female backing vocals. 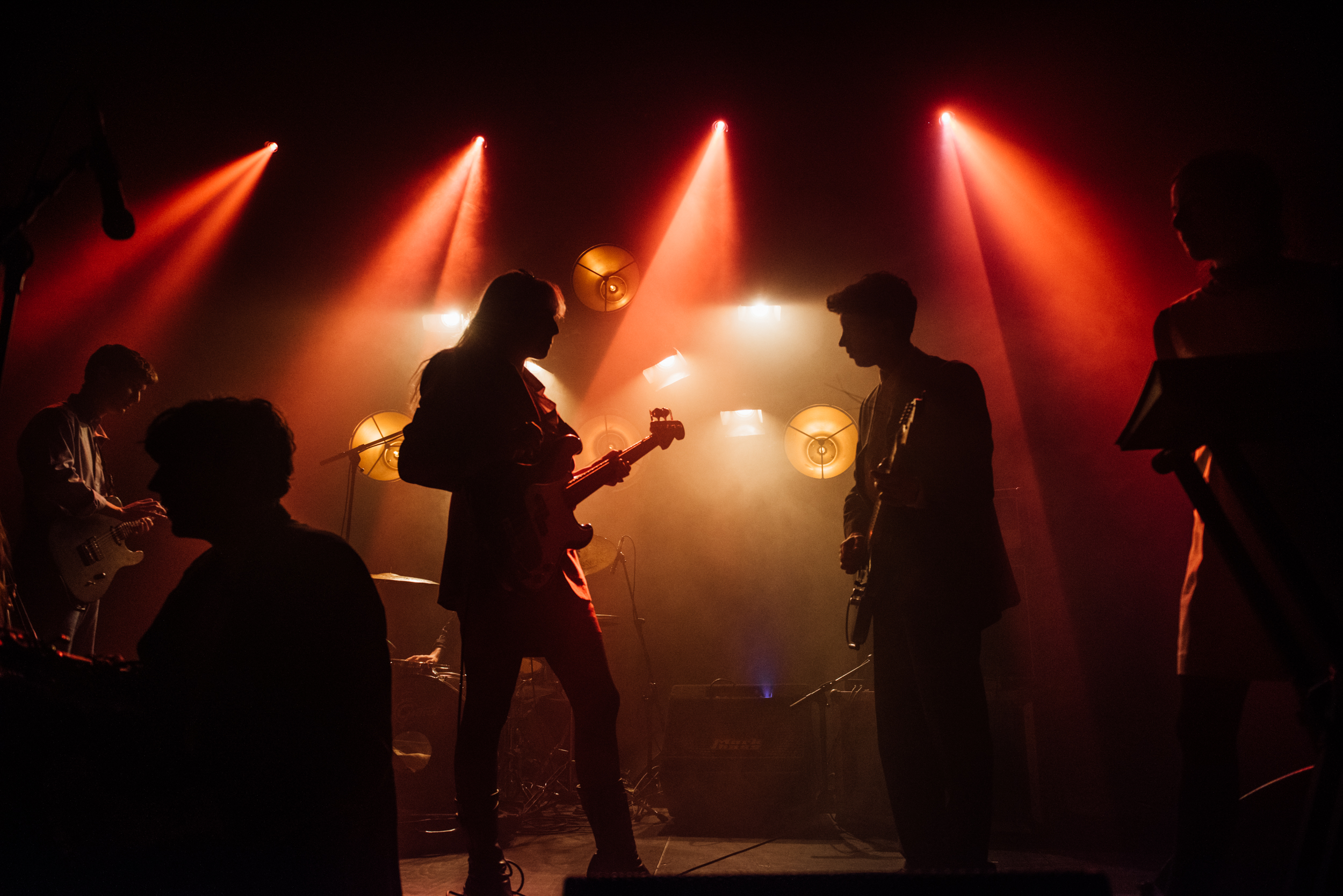 This willingness to duck and dodge between genres hasn’t come at the expense of space, with five tracks coming in at over six minutes. And the closing combo of ‘Snow Globes’ and ‘Basketball Shoes’ alone clock up a combined runtime of over 20 minutes.

‘Bread Song‘, Despite its comparatively swift runtime of six minutes, exemplifies this sense of patience and build more than any other track – possibly due to the song staying true to the same direction throughout, rather than mutating into three or four different songs.

Doing away with traditional time signatures, as inspired by the composer Steve Reich, ‘Bread Song’ is delivered with gossamer delicacy, before swelling with a crescendo to give moments of payoff which border on the religious. The septet have attracted criticism in the past for adopting an air of pessimism, or ‘faux-sincerity’: whether through their semi-sarcastic use of stock imagery in the visuals throughout album one, or through a readiness to take on an underdog persona from a place of relative privilege. ‘Bread Song’, however, nullifies these accusations. With heart permeating through every breath, this is a wholly modern take on age-old romantic fragility, and one of the most perfect songs to enter the zeitgeist in recent times.

‘Concorde’, plays as the conceptual core of Ants From Up There, tying the band’s narrative together in a way that is heartbreakingly confessional, whilst retaining it’s subtlety. Using the supersonic airliner as a conduit for the band’s success and the decline in his own health, Isaac Wood recalls moments where “The doctor said we are unfortunately running out of options To treat”.

In what has proven to be a premonition of things to come, Wood resigns himself to the understanding that his growing health concerns – or the “new organ” he is forming – will force a time limit upon this period for the band.

“For less than a moment, we’d share the same sky.” Wood laments. ‘And Isaac will suffer. And Concorde will fly.’

With this week’s announcement that Black Country, New Road will continue without Isaac, starting anew without the songs from either of their albums, it appears that the Concorde will indeed remain in flight; albeit at a different altitude for the time being.

It’s rare that we are so aware of the closing of a chapter as it takes place. And this transition within the band, alongside the release of Ants From Up There, has a gravity that can’t be overstated.

Witty, but not smarmy. Well-read, without being elitist, and all the while capturing a generation’s relationship with anxiety, vulnerability and, vitally, fun. Phase one of Black Country, New Road is a gift for the ages and Ants From Up There is a fitting sendoff.

Black Country; New Road’s Ants From Up There is out this Friday, and is available to pre-order now.