Does anybody actually know what is and what is not ‘post punk’ anymore?

The genre has become the go-to label for every band that sounds anything like Joy Division and/or The Fall. The label isn’t inaccurate though, many of the bands in the subgenre evoke their predecessors of the late 70s and 80s. Combine this with a generation of lyricists who grew up on a musical diet of PJ Harvey, Arctic Monkeys, Arcade Fire etc and the outcome is some of the most intriguing, powerful and prescient music of our time.

A prime example of one such band is Fontaines D.C, the Dublin group burst onto the scene in 2019 with Dogrel – unrestrained fuzzy guitar and thunderous bass are key to Dogrel’s intensity: Grian Chatten’s lyrics and delivery are crucial to the mix, his Dublin accent as transfixing as it is forthright. FDC followed up with A Hero’s Death, a record which explored a more thoughtful and introspective version of Fontaines. Album two showed distinct maturity and growth from the Dublin band, each of the musicians able to showcase their talent throughout. Chatten’s voice is key once more, finding more space and time in the tracks to deliver his lyrics, the themes became more contemplative, funny and even nihilistic. The evolution between the debut and the follow-up was clear, making album three a total enigma to predict: FDC are constantly moving and growing, gathering momentum and plaudits in the process.

The record’s title, Skinty Fia, is an Irish phrase which translates as “the damnation of the deer”, a term often used to convey a feeling of annoyance and disappointment. The words stuck with Chatten, who deployed the phrase to express his upset at the “mutation” of Irish culture abroad. Chatten’s feelings are made clear throughout Skinty Fia. The album opens with “in ár gcroíthe go deo”, a track with haunting space, spooky vocals and chasms of echo – the drums kick in with menace – the brooding track grows and grooves, truly raising the curtain on Skinty Fia in style. From the outset, it is clear that Fontaines D.C are a band at the very cutting edge. The sound is simultaneously nostalgic, whilst feeling fresh and relevant. The chaos of Dogrel is still there, but it’s been whipped into shape by a tight, talented band.

Brooding mystery is a running theme throughout Skinty Fia, with ‘Big Shot’ showcasing meaty riffs and intricate, swirling instrumentals; the album has an intense feel of melancholy, nihilism and rage throughout, often captured by the expansive guitar and consistent yet considered synth. Skinty seems like a true work of incredible quality throughout, the band occupy a similar sonic space to Portishead, Dan Carey’s production is immaculate as his fingerprints are, as usual, all over a work of post-punk brilliance.

‘Jackie Down The Line’, the album’s lead single, is totally reframed in the wider context of the album, shining as a beacon of upbeat tempestuousness amongst Skinty’s melancholic sound. The lyrics of the track juxtapose the instrumentals somewhat, with Chatten detailing destructive patterns that lead to relationships breaking down: once more, Grian and his delivery are instrumental to FDC’s sound. It would be unfair to only highlight Chatten’s talent, as the entire band shine throughout the LP. The mesmerising, haunting sonic scape of album centrepiece, ‘Bloomsday’, is quite simply stunning, not to mention the talented rhythm section who are able to effortlessly rabble rouse on tracks like ‘Big Shot’ and ‘Jackie’, groove and saunter on the title track and create formidable buildups on ‘I Love You’ and ‘Nabokov’.

Closing track – the aforementioned ‘Nabokov’ – is the real jewel in Skinty Fia’s crown, building upon chaotic reverb and swirling feedback, an atmosphere of anxiety and dread is inescapable, before the band build this sonic wall, shrouding Chatten’s vocals. The lyrics on this cut and throughout Skinty are some of Fontaines’ best to date: this record is a love letter to Ireland, rage at Ireland’s treatment and an apology for leaving.

Skinty Fia is Fontaines’ best work to date: its maturity is apparent from the very start, as is the band’s capability and talent. 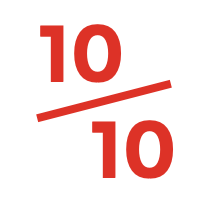