Following a turbulent 2020 which saw the rapper fall from grace, Slowthai has returned with his new album, TYRON.

When Nothing Great About Britain hit listeners ears in 2018, Slowthai really caused a stir. It was hard and abrupt, reflecting the leftist political notions that a large proportion of the UK’s disenfranchised youth shared. He was active in his views, who can forget the censored severed head of Boris Johnson, live on the ever-impartial BBC, when he performed for the Mercury Prize?

Since then though it’s been a mixed bag, a shameful display which began as a joke with comedian Kathryn Ryan at the 2020 NME Awards. The whole ordeal resulted in a scuffle between Slowthai and a member of the audience after the latter called out of his behaviour, all of this after rather ironically bagging the ‘Hero of the Year’.

Slowthai apologised unreservedly the following day, but it seemed that the damage was done. The authenticity of his views was called into question, he was vilified online by many, and it begged the question, who is Slowthai?

His newest effort seems to serve as a placement for growth, however, one that charts a journey of self-reflection and putting the past firmly in its place, but not before poking fun at the people who tried so hard to stop him from continuing his work. 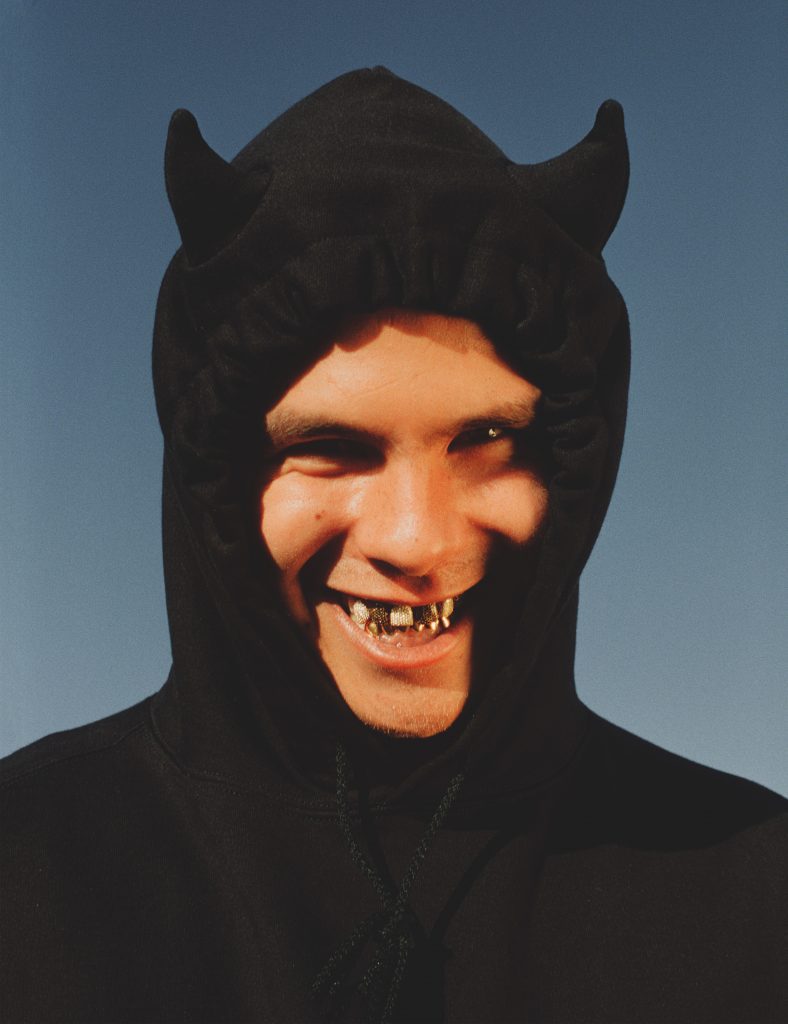 The opener, ‘SMOKE 45’, is a freestyle that shows Slowthai back to his best, playing on the bad boy persona that he’s cultivated, you can see this one being used as a crowd stirring opener when we do eventually get packed back into the venues, if there are any left that is. The London-centric grime cuts don’t end there, with the next track ‘CANCELLED’ featuring grime stalwart Skepta. Naturally, the flow is excellent, but the lyrics are questionable.

On the one hand, it showcases an air of invincibility about the pair, that when they’re at the top of the game, winning all of the awards, they’re a force to be reckoned with. But with that comes the idea that no matter what happens, whatever mistakes they make (and both have a history of fuckups), the ethical progress that the industry cries out for can never take place, perhaps it’s a little out of touch, and it almost feels like a step backwards for Slowthai. After the first few songs, the first side is nothing to write home about musically. ‘MAZZA’ features A$AP Rocky and almost reiterates the previous track, whilst ‘VEX’, ‘WOT’ and ‘DEAD’ offer nothing other than being good to average rap tracks. The last track on the first side ‘PLAY WITH FIRE’ offers something new, lending itself more to US trap influence, with an excellent lo-fi change up to finish the song, and offers an excellent segue into a more introspective second side.

This second side picks up a slower pace and allows you to see the vulnerable parts of Slowthai, with lyrics like “I’ve got a sickness, that I’m dealing with, it feels like I’m sinking, all of the time” in the second sides first track, ‘i tried’. The instrumentation here is more in line with an east coast vibe, more like late Brockhampton’s soft rap pop, that carries across most of the second side. This goes as far as to feature Deb Never on ‘push’ who leant her voice to the group’s latest album, Ginger.

Tracks like ‘focus’, and ‘terms’ showcase his attempts to address his imperfections and wrongdoings whilst navigating fame. The latter features Denzel Curry and whilst the pairs previous works together have gone hard, and loud, this is a change, and whilst I enjoy their previous works more, it’s appreciated that they took a different direction. If you came to this album for politics, you’ll struggle to find any. ‘nhs’ is the only that could be considered so, but it’s more of a love letter to one of the greatest institutions to grace this country, and a lesson in appreciating what we have. The move away from a strong political agenda is a good one. Whilst politics, does and always will have a place in art, it seems to have permeated every aspect of living of late, and it’s nice to get away from that for something more introverted, to find the man behind the views.

The album closes with ‘feel away’, which is something of a love song, with lyrics about new beginnings, matched by its light and airy production. The closing act, ‘adhd’ is a stark contrast to the abrupt openings of ‘SMOKE 45’. It’s lo-fi beat sounds very much like a home recording, its raw, and the lyrics are the same, with depressing themes of overwhelming melancholy inside, whilst trying to remain happy on the outside.

In all the album is good, it certainly builds into a different direction from his first effort, and it’s welcome. Slowthai is back, but is it enough to move people’s minds on from the past?

Slowthai’s TYRON is released this Friday, February 12th and is available to pre-order now.

Since announcing themselves with early singles ‘Fashionista’ and ‘Four Wheel Drive’ a...