Wet Leg only became Wet Leg following a discussion on a ferris wheel, in the aftermath of an IDLES set. This mixture of chaotic energy with post-punk overtones really sets the stage for Wet Leg’s debut record.

The album itself was done before we even got a taste of the Isle of Wight band, with the eponymous record completed prior to ‘Chaise Longue’ and ‘Wet Dream’ seeing the light of day.

Speedy Wunderground’s Dan Carey sits the helm for WL (‘Chaise Longue’ and ‘Angelica’ were produced by Jon McMullen and Josh Mobaraki respectively). Carey’s fingerprints are all over this offering, with bizarre and often ethereal instrumentals pairing wonderfully with the dry, cynical and absurdist lyrics throughout.

From the outset, WL set their stall. Album opener ‘Being in Love’ is a 2 minute indie-pop banger cast from the Wet Leg mold. Catchy, sickly sweet hooks and powerful post-punk riffs will have you singing each song from this album for days at a time: Wet Leg writes some of the most deeply burrowing ear worms I have ever experienced.

‘Angelica’ is a track written as a tribute to a friend, which encompasses Wet Leg’s charming absurdity perfectly. In the track, our protagonist brings lasagne to a party, before trying to dance with everyone, refusing to listen to terrible bands and eventually grabbing her trusty ray-gun and obliterating everybody. I know I’ve been to a few parties where Angelica’s ray-gun would have come in handy. ‘I Don’t Wanna Go Out’ is an acoustic number (with a riff reminiscent of Nirvana’s cover of The Man Who Sold the World), which sees WL somewhat more vulnerable, a tone that suits the pair well.

‘Convincing’ recalls sounds from Black Honey’s debut, whilst ‘Loving You’ sees WL vulnerable once more. The use of soft, understated electric guitars paired with a drum machine of ‘Loving You’ would be right at home on Courtney Barnett’s latest LP, Wet Leg apply Barnett’s technique of painting implicit pictures of real life, discussing love, loss and heartbreak. ‘Ur Mum’ and ‘Oh No’ are instant Wet Leg classics, clearly the band have worked out a formula for intensely charming indie pop tracks: it’s impossible to listen to this record without a grin.

‘Supermarket’ is a clear high point on a record of high points – the track is more free form and takes on a fantastic sing along quality, with big, over the top backing vocals. The track builds into such a wonderful crescendo – expect to see this one belted out at festivals all summer.

Overall then, Wet Leg’s debut effort is a stunner – the pair are fun, interesting and absurd: combined with big, meaty choruses, infectious riffs and lyrical content that satirises the state of the world and the people in it, Wet Leg are on to a winner. There is a brilliant juxtaposition of lyrics and music throughout, with fuzzy, fun indie punk soundtracking absurd modernist nihilism. It’s party music for Gen Z and I love it. 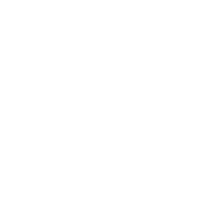