Having announced it’s return to East London this summer, All Points East has unveiled its first names for 2021

Returning to All Points East, this time to headline solo, will be electronic producer, and The xx member, Jamie xx. Set to bring an unforgettable set to the East-London festival, this mark’s Jamie xx’s second visit to All Points East, following The xx’s headline performance back in 2018.

Elsewhere, the bill sees fellow The xx bandmate Romy join the lineup. With her first solo album currently in the works, this seems to be Romy’s first announced solo performance anywhere. 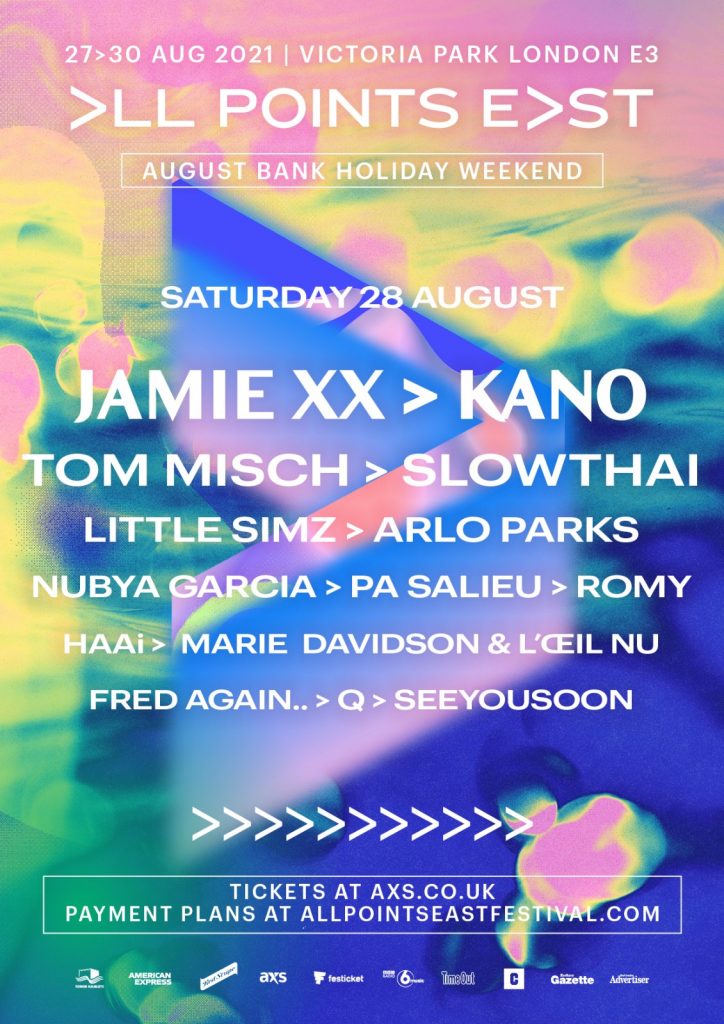 Jim King, CEO of European Festivals at AEG Presents, says, “It feels so great to finally be announcing our first day of All Points East 2021. The chance to be back in the summer sun in Victoria Park is itself alone a reason to celebrate. The fact we are coming back with such a great first line up announcement makes this an even sweeter moment. There are some exciting changes this year, including our move to the August Bank Holiday weekend. We welcome two sensational co-headliners for the Saturday, Jamie xx and Kano, as well as a host of amazing artists. We can’t wait to welcome back live music in the UK and be back dancing with you all later this summer.”

Taking place over the August Bank Holiday weekend, this year’s All Points East will go head to head with Reading Festival. With two more days of music still set to be announced, APE 2021 is already shaping up.

Tickets for this year’s festival go on sale at 10AM tomorrow. For more info, a full lineup and everything else head over to the APE website.

a RI-ku: since we’ve been away  one liz came, another left. both...