Having only just played an intimate, sold-out show at London’s Hoxton Hall, Norwegian singer-songwriter Aurora has been announced as the first headliner for 2018’s Bushstock festival.

Today’s new additions will join the already announced Flyte, Haus, Aquilo, Billie Marten, Freya Ridings, Maisie Peters, Matt Woods, Stereo Honey, and The Beach. With yet more to be added in the coming months, Bushstock 2018 is shaping up to offer festival goers an impressive array of new music and must-see acts. 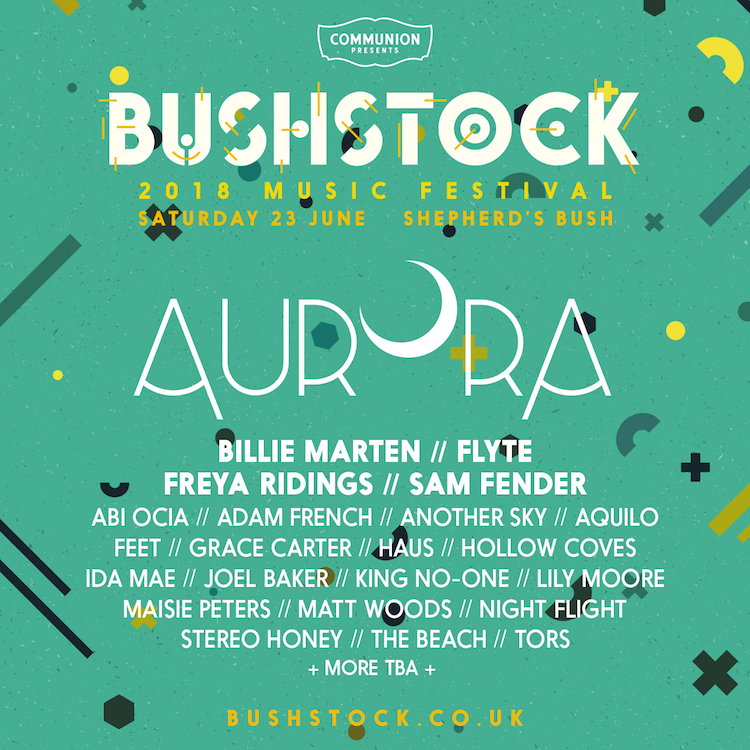 Speaking about her addition to the Bushstock lineup Aurora said: “I’m coming back to London really soon to play at Bushstock Festival in June. It’s going to be intimate and lovely. We’ll all become one beautiful organism. I’m looking forward to it!”

Tickets for this year’s Bushstock are available to purchase now via Music Glue, for more info, a full lineup and everything else head over to the Bushstock website.