Battle of the Cover Bands: Paramore, My Chemical Romance and Fall Out Boy

There seems to be no shortage of cover bands filling our venues. Sometimes brilliant, sometimes terrible, cover bands can be one of the most fun nights out – more fun than seeing the real thing sometimes… We sent our writer Chloe Spinks over to take a peek as three cover bands took over London’s Islington Academy. So, without further ado, take it away Chloe!

There’s nothing more disconcerting than singing along to a Fall Out Boy cover band at the barrier with 14-year-olds when you’re 21… But I don’t care, I’ll go see a Paramore cover band and a My Chemical Romance cover band too.

On this months installment of “is the cover band worth the time” we have 3 bands stepping up to the plate:

We Aren’t Paramore
The Black Charade
Fell Out Boy

So what went down? Let’s have a look…

I’ve never seen a cover band look so much like the band they’re emulating. A guitarist that is the spitting image of the (gorgeous) Taylor York (no, I don’t have any biases ), a bassist who looks like the newly appointed Paramore bassist Joey and a guitarist who kind of looks like the old bassist Jeremy? Iconic.

Paramore songs aren’t easy to play, and the band played them well. We Aren’t Paramore have a precise musicality and snapped into place with the music in a really impressive way. Each stop and pause in the song was sharp and clean in a really noticeably great way. “Hayley” can genuinely hit the notes and even though the bassist took short cuts (I see you, Aint It Fun) who actually cares- they’re a cover band, they’re hitting the notes and I’m singing along. In fact, I had a really great time. 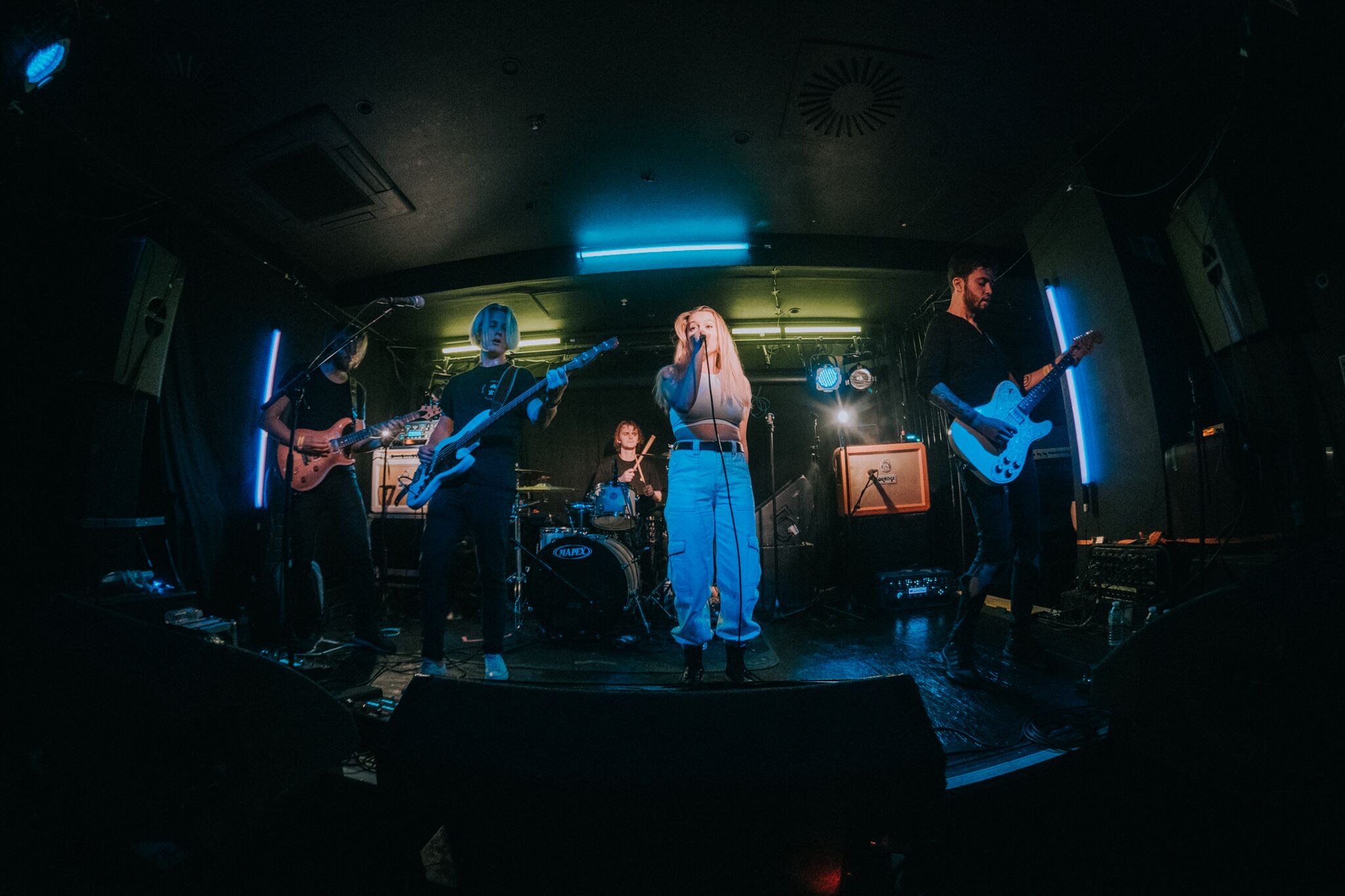 The musicality in this cover band was one of the best I’ve ever seen, and maybe MCR set them up in the first place with some proper bangers, but they really packed a punch. “Taylor” from We Arent Paramore now assumes the position of Ray and along with the other band members looks like they’re having a great time.

The band had personal touches that, uh, felt reaaal personal. For example- during Blood having a replica “Helena” passing out bright red shots of “blood” (?) where we genuinely had no clue what they were. Nothing is more personal than your own safety- watching a security guard scamper to ask the singer what the fuck they were feeding to 14-year-olds in shot glasses and then personally drinking a mystery shot when I myself am 21 and we all have no clue what the shot is. It could be cyanide, could be a laxative (ill let you know tomorrow…) but all I know is it tasted sweet and indistinguishable. Stranger danger my ASS. Also bringing out a “Helena” during her namesake song that genuinely had me scream laughing. Not sure what made that the funniest thing I’ve seen in recent history but damn.

Thinking it through, that was a show I will never forget. Maybe “Gerard” had some issues finding the pitch and the setlist low key sucked (but that’s a personal thing) but FUCK when will I ever do unknown shots with 14-year-olds again?

They’ve got it right. Fell Out Boy has to be the first cover band I’ve ever seen where I haven’t cringed once. They have an effortless cool factor that made them more than just a cover band, they gave the raucous crowd a better reason to bounce around and yell Fall Out Boy lyrics.

The band consists of cool guys, who would make a great band regardless, that are very talented at their instruments, playing Fall Out Boy’s greatest hits. As the beat drops they all fall into the beat together, they truly have one of the best stage dynamics as a band I have ever witnessed- cover band or not. Sure, watching the guitarist with his thousand-yard stare reliving his childhood traumas live on stage was not the highlight of the show, but there’s always a quirky one in the band.

Bonus points for the drummer that really put his all into his drumming. It has been so long since I have seen a drummer stand up, sit down and just generally move whilst keeping rhythm. I couldn’t help but fawn over the drummer. Sorry, not sorry.

Bonus points for the singer who seemed to give off Patrick Stump vibes without visibly trying. A vibe and passion go a long way when visual indicators do not. The band seems to really capture that, as well as possessing an effortless charisma.

Again, a decent setlist but it could always do with some earlier classics rather than a setlist of almost exclusively singles.

Words by Chloe Spinks, photos courtesy of We Aren’t Paramore

The epitome of a pandemic baby, Bella Latham signed to Polydor over...