Unvailing hundreds of new names for this year’s bill, Liverpool’s Sound City has announced that Beabadoobee will be headlining this year’s event

Pulling together a huge roster of tomorrows headliners, Liverpool Sound City has announced hundreds of names for this year’s festival. Joining the already announced Rejjie Snow, The Murder Capital, Red Rum Club and more, the lineup sees the inner-city festival return to spectacular form after its year off.

Leading the new names announced today is one of the last year’s biggest breakthroughs, Beabadoobee. Having released her debut album Fake It Flowers last year, Beabadoobee is set to bring her blistering live show to Liverpool as she headlines the Friday. Speaking about her headline slot at Sound City 2021, Beabadoobee said: “I’m so excited to get back to playing shows and people hearing my album and new EP live for the first time, AAARGRHERHIJJZZZZ”. 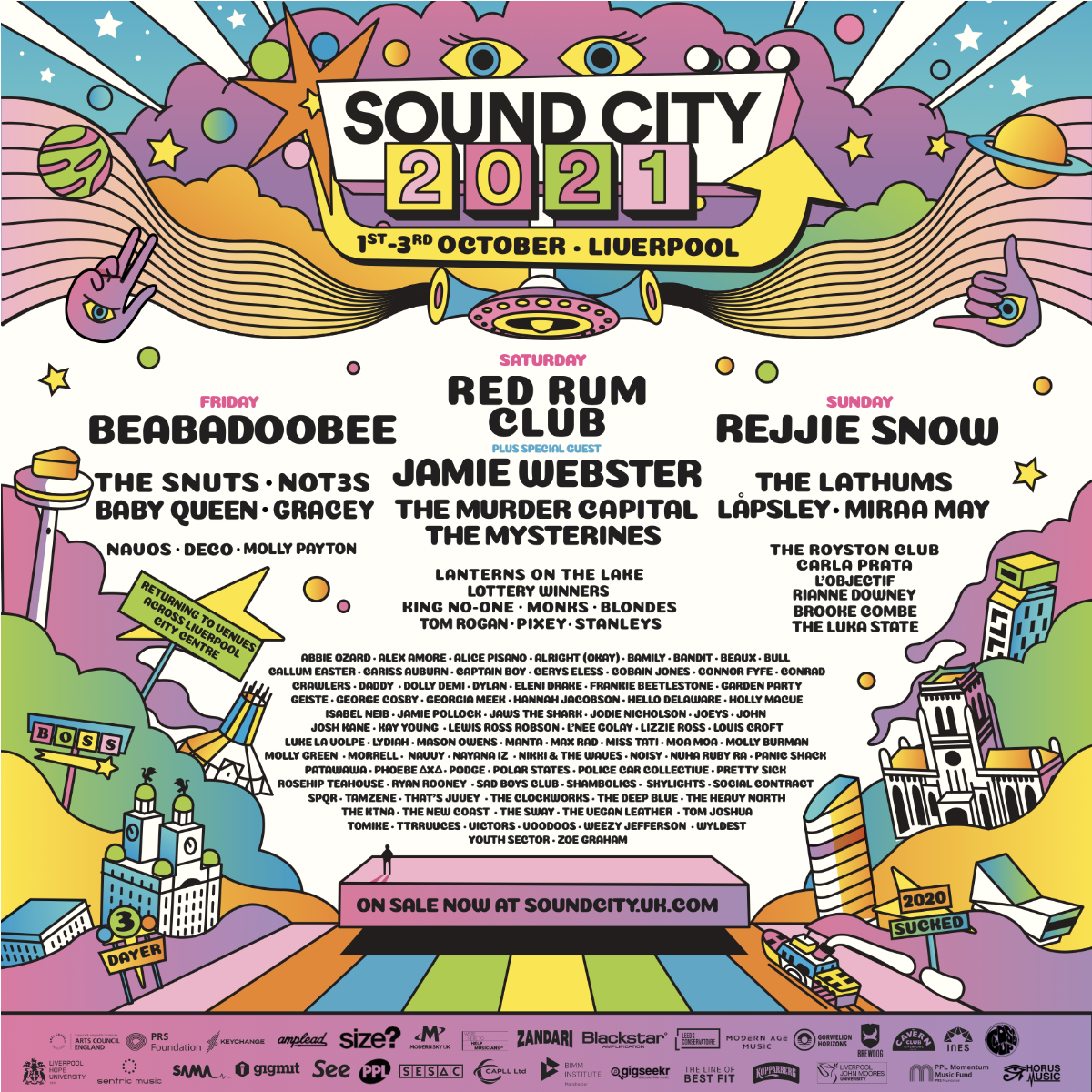 Taking place from 1st to 3rd October, this year’s sound city sees the festival return to the heart of Liverpool. Tickets for the three-day festival start at £59.50 for general admission, with VIP tickets at £75 and general admission at £29.50, and can be purchased now.

Tickets are now on sale for the return of the Annie Mac...