Gearing up to release their debut EP, National Trust, later this month, we sat down with Blanketman to talk new music, recording in lockdown and being a cat dad.

“Restless legged”, are the words frontman Adam Hopper would use to describe Blanketman, but it wasn’t what I would attribute to him within my first impression. He sits in Manchester, nestling a mug covered in cartoon felines; like a mother watching her child open the present that they really wanted for Christmas. “I became a cat dad over lockdown and I’m fully immersed now”, he explains, we bond over a shared love of our native Yorkshire and swiftly move on to talking about the ‘important’ things.

The core members of the band met in a refreshingly retro fashion, with Adam, after moving to Manchester to pursue his dream of being a musician, posting an ad looking for band members on Join My Band. You could just picture the montage scene of a biopic where the band are coming together, ripping the adverts off of rehearsal room walls and turning up to play with complete strangers to see if it clicks. Luckily for them, they clicked; “it’s rare that these things work”, he says, “We feel very lucky that it came together the way it did and that it actually worked, at first I was a bit embarrassed about having to place an ad like that but now I think it’s quite cool.

“We are all quite different people, but I feel that we probably would have ended up together from the circles that we moved in and the places we frequent.” Their usual haunt is The Peer Hat, he tells me it’s where this interview would have been held was it not for the powers that be, and it’s also where the band played their first-ever gig, which was apparently secured when bassist Jeremy Torralvo-Godoy drunkenly asked the owner for a slot.

The band dropped ‘Taking You with Me’ in March 2020 to much excitement, but then, the dreaded COVID-19 pandemic took a hold of the UK and everything was cast into doubt.

“We’d played a couple of big gigs and then had our headline show at YES a week before lockdown began, so we were really at the peak of our momentum and things were really starting to kick off, but then you know… the whole thing then happened, but it really gave us time to focus on the EP.”

“We were quite ‘lucky’ in a way that we didn’t have much booked over that summer, so it didn’t hit us so hard, we all have part-time jobs, and we couldn’t do those anymore so suddenly we had a lot of spare time on our hands, so we could focus and write. But it was writing in a different way. Over zoom and that, it just doesn’t work as well as when we are all together trying to figure stuff out. So, when we could get back together and work on it all, that’s when things really started to come together.” Adam describes the process as very collaborative, with himself and lead guitarist Dan Hand writing the majority of the lyrics and the basic layout of songs, then taking it through to play with Jeremy and drummer Ellie-Rose Elliot. 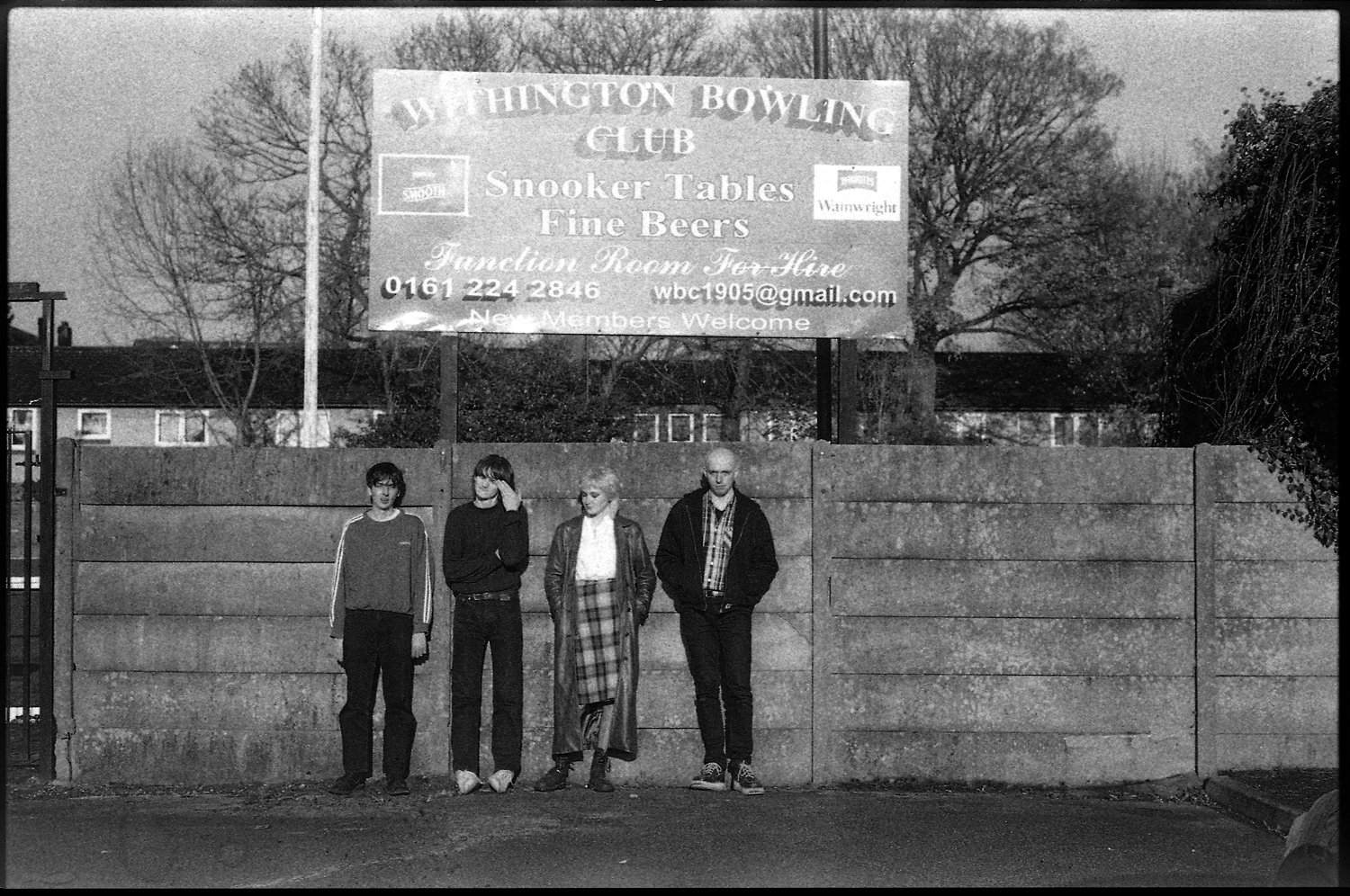 “We like to see how one another take to the music, and work through it with suggestions from each other and stuff, but lockdown writing was different, it was recording yourself playing a song and sending it to everyone individually, it was a lot harder for us because we didn’t get that emotional interaction with one another, we don’t get to put our individual spin on things straight away and so I think it was more difficult for us to take to it.”

Despite their struggles, the product of their labour, National Trust, is excellent. Opening with ‘Beach Body’, a roaring effort that is quintessential post-punk revival, and tells the story of a strange experience one of the bands members had at the seaside. It opens their live sets, and it’s easy to see why. The rhythm section is tight, and carries the song along, giving the listener an insatiable urge to tap ones feet or nod ones head, a theme that carries across the entire EP. “Leave The South”, Adam pleads, “isn’t a song about hating the South, I don’t want to add to the north/south divide debate, it’s just a song about when I was at uni down there and it was a particularly difficult time for myself and I was projecting those feelings onto everything around me.” Either way it’s a great showcase of their witty lyricism and funky rhythm to compliment it, they don’t take themselves too seriously, and this is furthered in the titular track, ‘National Trust’. Chosen as the title track because of the political undertones as well as the fun nature of the song, it’s inspired by his girlfriend’s father who joked about how he should write a song about a membership to the national trust that she received for her birthday. Hand’s guitar line ties the song together nicely, and drives it home, as if you’re returning from a lovely day of seeing “places of cultural significance”, Adams favourite line that is shouted in a Half Man Half Biscuit fashion.

Pre-fixing ‘National Trust’ is ‘Blue Funk’, a name that didn’t come to Hopper too quickly, “I struggled to name it because its about being sad, and I didn’t want to just call it ‘depression’,” he jests, “it took a bit of thesaurus searching but I found ‘Blue Funk’ and the definition actually fit it perfectly and it sounds cool so that’s brilliant”. He channels David Byrne in his vocal delivery, “what have you done to me? Nothing feels fun to me”, he crazes over an excellent of example of quality drumming from Elliot.

Hand lends his voice to ‘Harold’, a song he’d written about a bout of sleep paralysis he went through. “When he first played it for me in one of our writing sessions, I turned to him and said, obviously you have to sing this”, and what a great decision that was. Hand’s vocals are dreamy, and the diction is almost raspy, but still soft on the ears, lending itself nicely to the surreal nature and themes of the song. It’s a band favourite, “I’m allowed to say that about the songs I haven’t written because it means I’m not big headed”, Adam jokes. A band that can have multi-vocalists is welcome, and keeps things fresh, especially when their voices contrast so greatly.

‘Dogs Die in Hot Cars’, with a pace reminiscent of the ‘Loaded’ era of The Velvet Underground, is more than just a public service announcement, but a song that reflects how we all felt at some points of the lockdown summer we had. “I tried to stay clear of the whole lockdown theme, this isn’t a lockdown record you know, but my writing is quite heavily influenced by the things happening around me, so naturally it was going to creep in there.” Adam explains, “that song, and ‘The Tie’ are probably the most ‘lockdown’ of all the tunes on there.” ‘The Tie’ a story of a couple who can’t see one another due to the restrictions the nation was under is an excellent closer, with Hoppers vocal delivery is evocative of their beloved The Fall and Torralvo-Godoy’s bass hook marrying it all together to finish off what is a brilliant EP.

National Trust is available on the 19th of March.