As Florence + the Machine emerge on Saturday evening for their headline set, it seems like London is doing its very best to make sure their High as Hope tour finishes on a high. From the sunset in the west which bathes the Great Oak Stage in an apt golden light, to the visuals adorning the screens on either side of the stage – evocative of the fire and freedom that Florence performances so often ooze – British Summer Time seems truly ready for its final hurrah of the day, and for the woman who’s about to guide them through it.

Welch herself is pure, free-spirited, ghostly etherealism as usual, prancing and twirling her way through opener ‘June’ in a signature, flowing suit; and the crowd itself is in similar form, dancing and swaying across the entire Hyde Park field. The opener is quickly followed by hits ‘Hunger’ and ‘Ship to Wreck’, both of which produce emphatic singalongs from the gathered masses. 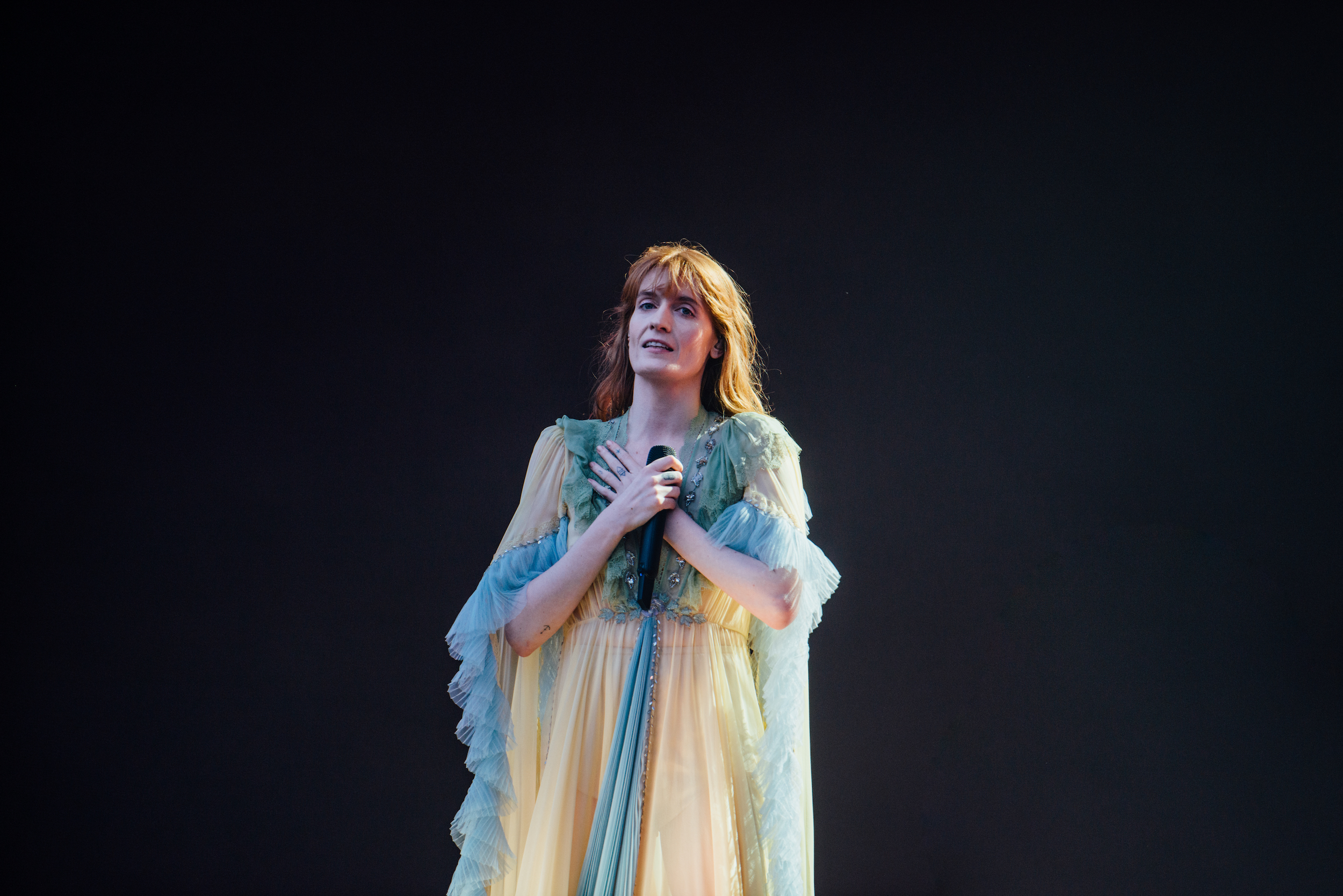 Aside from her preternatural ability to inspire in her audiences both a carefree abandon and an uncanny affinity with the subject matter her songs deal with, the atmosphere Florence conjures here is a noticeably profound one. A rendition of ‘Patricia’ – dedicated to the great Patti Smith and gratefully received by the crowd – marks the first of a number of unashamedly bold moments of matriarchal pride throughout the night. Remarking on her pride at headlining a festival which is composed of more than 70% women, perhaps the biggest cheer of the night (while no music is playing) is reserved for her declaration that the entire festival is, at that very moment, taking part in a matriarchal experience: ‘Welcome to the matriarchy – it’s fun!’. This, accompanied by her demand half way through ‘Dog Days Are Over’ that the entire crowd put its phones away and, later, tell someone around them that they love them, makes sure that the evening is one whose message is unerringly positive and full of love.

The performance itself also leaves little to be desired. Florence’s control, from the first minute to the last, is supreme, her voice gliding through songs as effortlessly as if she were in the recording studio. The placement of mega-hits ‘Dog Days Are Over’ and ‘You Got the Love’ is brave, both songs having been played just after the halfway mark of the set. It allows the rest of the set to stand on its own two feet, without diminishing the reactions of the crowd to both tracks. While ‘Shake It Out’ is saved for the final song of the night, it’s Florence’s expertly curated setlist, which includes a first performance of ‘Kiss with a Fist’ in several years, as well as her delivery of it which helps keeps the audience enraptured and on their toes throughout the evening.

Even after admitting that she’s exhausted from touring most recent album High as Hope at the start of the set, the performance Florence and her Machine have put on here is behemoth in stature, and expert in delivery. When the lights finally go out and the dust settles, it’s clear London is going to miss Florence + the Machine while they’re away.

Sam Fender takes to the stage at Alexandra Palace for the second...