Taking to the airwaves on Annie Mac’s hottest record, Christine and The Queens has dropped a surprise EP, La Vita Nuova.

Originally set to release just ‘I Disappear In Your Arms’, Heloise Lettiser announced while on the air that she would be releasing a whole six-track EP tonight. The EP, featuring previously released ‘People, I’ve Been Sad’ also sees a special guest appearance in the form of Caroline Polachek.

Talking to Annie Mac Lettiser said: “[The EP] it’s very much about mourning and loss and feeling dispossessed. It was the really brutal contrast with being on stage every night with Chris as a second record, which is so much about being in power, and the rest of my life was just slightly falling apart.”

“‘I Disappear In Your Arms’ is about being lost in a relationship where nothing works, and you’re trying to please the other one so much that you forget who you are and what you actually want. I think it can be metaphorical about lots of things.”

The new EP is accompanied by an epic 13-minute video, where we join Christine on the rooftop of Paris’ Opéra Garnier. The video sees her dance-battle a demon-like creature, before falling into a group of dancers rehearsing. As the dance progresses her demon reappears, biting into her throat(!), before the video cuts. 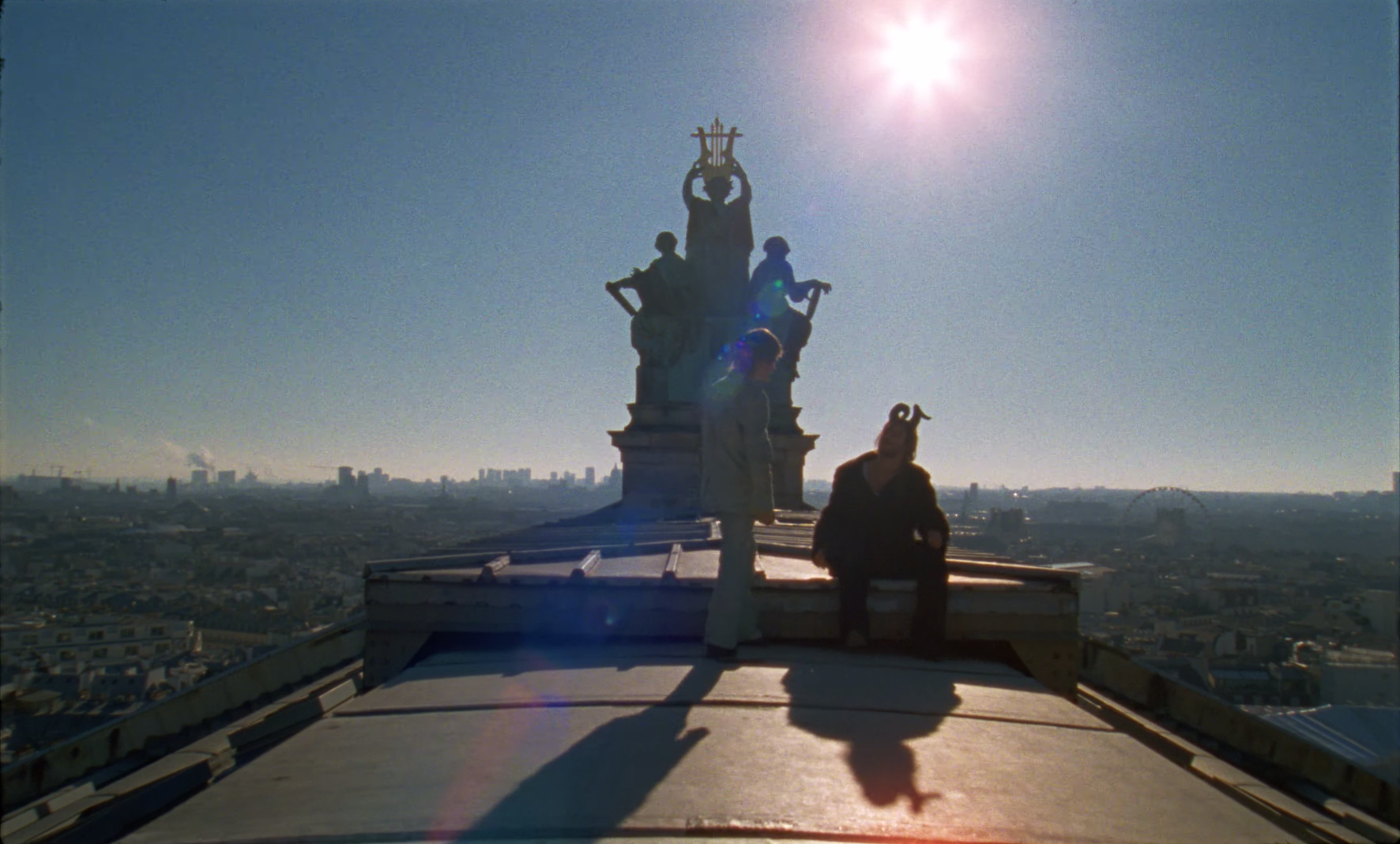 We are then transported to Chris, on centre stage, alone except for a boom operatior, performing the EP’s third track. As the demon watches on, Christine collapses. Newly tinged in red, Christine awakens to the sound of ‘Nada’, the EP’s fourth track. The track’s lyrics, “never back again” repeating over and over as she draws the life out of the demon, before launching into the fifth track on the EP.

As the movie reaches its crux, Christine is joined by another troupe of dancers, as well as Caroline Polacheck. As they dance Chris appears possessed, turning vampiric as she appears to suck the blood out of Polacheck’s neck. We see Chris inherit the demon’s aspect as the movie cuts.

The Dante-esque movie accompanying the EP is a must watch.

The six-track La Vita Nuova is available to watch and stream now.