Listening to Therapié TAXI‘s acoustic set on board the Eurostar en route to last summer’s Rock En Seine festival, their sound was, by all accounts, a lot more similar to how it started out. Frontman and woman Raph and Adé were kicked back, feet on seats with guitar and melodica in their respective hands, Raph providing brief introductions to each song on behalf of their French-ignorant audience.

Their performance at the festival the following day was a stark contrast. Adé spent practically the whole set swaying, arms flying while lights accentuated the abandon of both the band and their tracks. Sitting backstage with her afterwards, Adé was understandably worn out; I’d heard that after their 40-odd minute set, they’d been doing interviews non-stop.

“It’s quite frustrating because you’re on the stage, and you’re dancing, and then [you finish] and everyone’s like “Ah, I need to interview you now… And I have friends here and I haven’t seen them yet!” 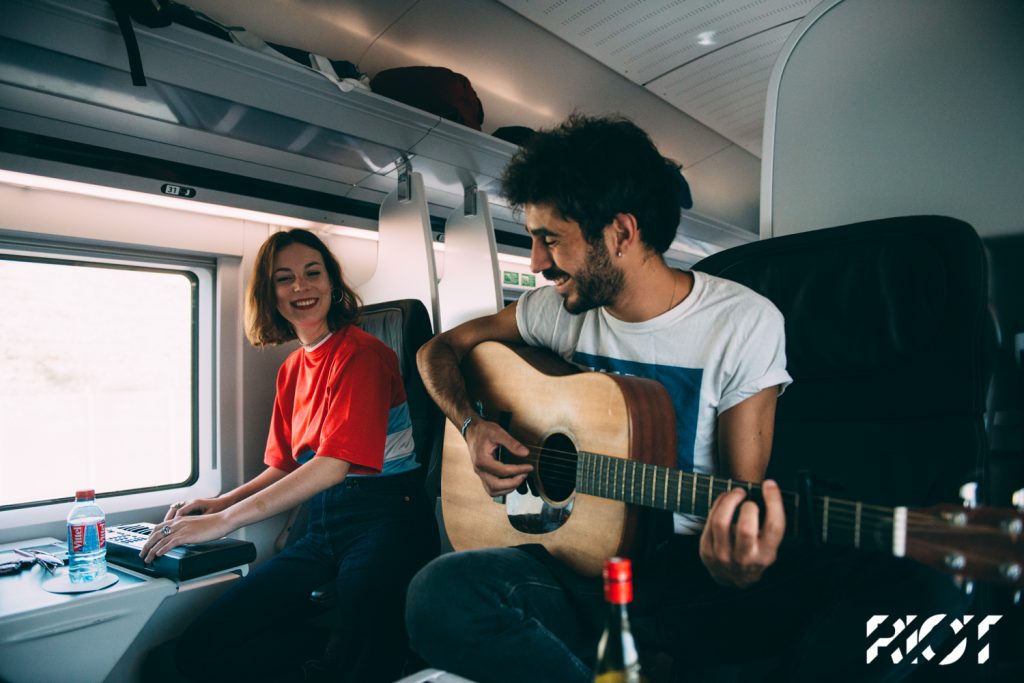 Adé’s post-set exhaustion was a symptom of a reckless style, filled with a youthful vigour, that isn’t how the band originally imagined their music. The band as it is today was formed after a chance encounter on the internet which lead to the augmentation of a previously simpler style.

“The story is that we met on the internet. A friend of mine and I, we wanted to do folk music… but we needed someone else to put the thing together, so we made an announcement on the internet, and I completely forgot about it… [until] like three months later, a guy called me and [said] “hey, you should come to my house and take your guitar”. I was really young, and shy, and this guy wanted me to go to his house, and I lied to my parents! But I went, and it was really nice. So that was Raph, who sings with me, and then we met some other guy on the internet too, and we made the band.”

One of the influences behind their transition away from acoustic-based folk goes a long way towards explaining both their unique blend of synth-pop and rock and the apparently staunch pride they take in their country and native language, which comes across in their music; there’s not a single song in their repertoire written or performed in English.

“People often compare us to La Femme, and we like this comparison because they’re a great band and they were kind of the first to sing in French, in a cool way, so we thought “okay, we can do that too”. And they’re quite rocky too, but [they’ve always got] the drum beat which is really electronic in the way he plays, and there’s a lot of synth.
​
In the beginning, when we were only two… we were singing in English, but we were translating literally French to English and getting nonsense all the time, so one day Raphael came in and said “I wrote something in French”, but the thing is, my parents only listen to English music, so they say French is corny. But [Raphael] said yeah, yeah, we can try. And everybody thought it was great, and we understood what he was saying so that was good!” 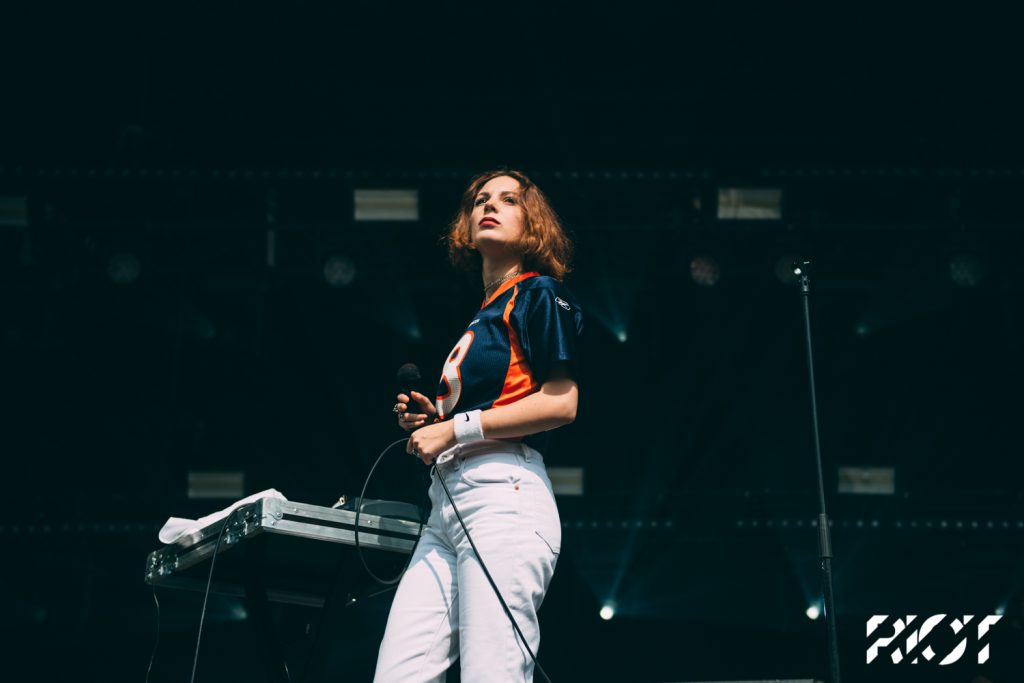 Comparisons to the unequivocally electronic La Femme make Adé smile, and are understandable, but the band keeps their more stripped back roots in mind; guitarist and vocalist Raph uses a plugged in acoustic on stage, bucking the modern trend, and folk still sits at the heart of their writing process.

“The folk guitar… is the basics of our music. When we write songs, there’s nothing else but the guitar, and then we go and see the other members and say “I have this song”, and they go “Oh, okay, on the drums we can do this”. So it’s always the starting point of the song. And we thought about giving him an electric guitar in the beginning, but then we said no, we should keep it, and add another guitar because it has an energy which is quite original when you mix it with an electronic beat.”

It’s true. A Therapié TAXI song throbs and pulses with the intricacies and dynamism that synths and other electronics can provide, but underneath it all remains an enigmatic simplicity which, when coming from an artist with a keen ear, is all that needs to be present in order to create truly great music. It’s this, along with a nuanced, layered production and Adé’s hypnotically rhythmic lyricism that makes Therapié TAXI’s music so engaging, and that will see them go from strength to strength in the weeks and months to come.