Gaining notoriety for their anthemic shows reminiscent of heydey Oasis, Australian trio DMA’s have announced a whistle-stop UK tour to coincide with their festival appearances at Kendal Calling, Secret Garden Party and Y-Not.

Kicking off in Southampton’s 1865 on July 25th, the tour will see DMA’s visit Sheffield, Norwich, Newcastle and Hull, before finishing off at Wakefield’s Unity Works. Tickets for the shows will go on sale this Wednesday, June 14th, via the DMA’s website. 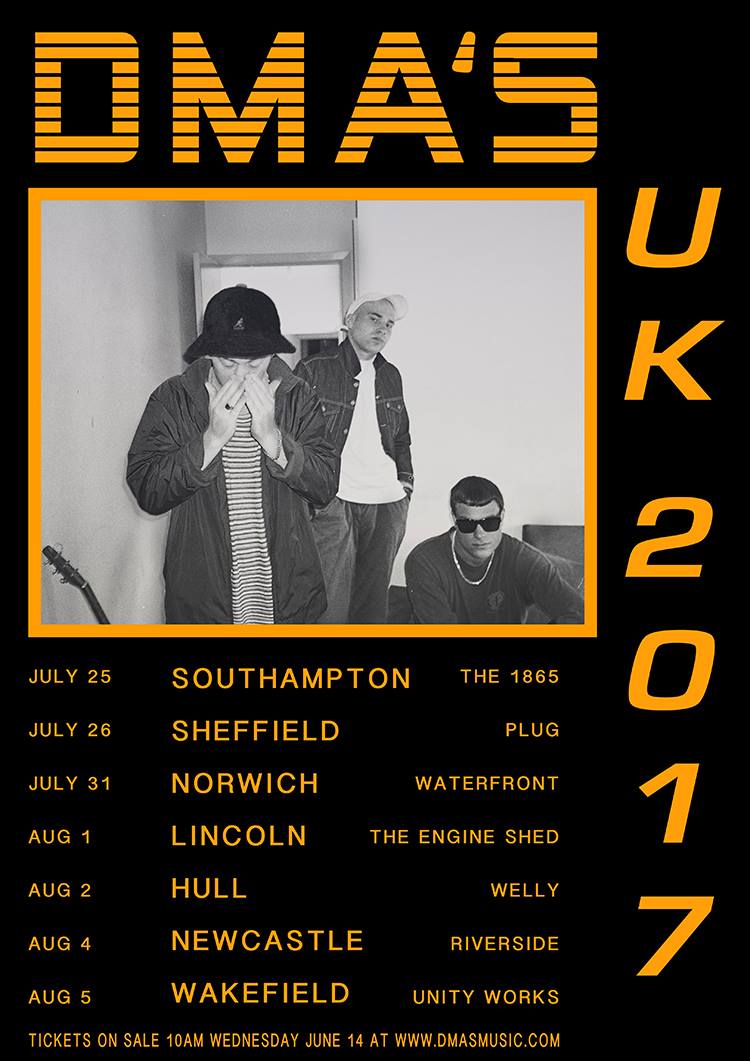 DMA’s are due to support The Kooks on their UK tour this winter and released their stunning debut Hills End last year to huge critical acclaim.