Sports Team, Palace and Girl Band will be taking the top spots at this year’s Dot To Dot

Returning in September 2021, Dot To Dot Festival has announced its first names for its September outing.

Taking over Bristol on 25th September and Nottingham on the 26th, Dot To Dot 2021 will see Sports Team headline its sixteenth edition. Having released their Mercury Prize-nominated debut, Deep Down Happy, last summer, this will be the band’s largest festival headline to date.

Further down the bill the festival will see Palace, Girl Band, Do Nothing, Oscar Lang, Drug Store Romeos and many more. 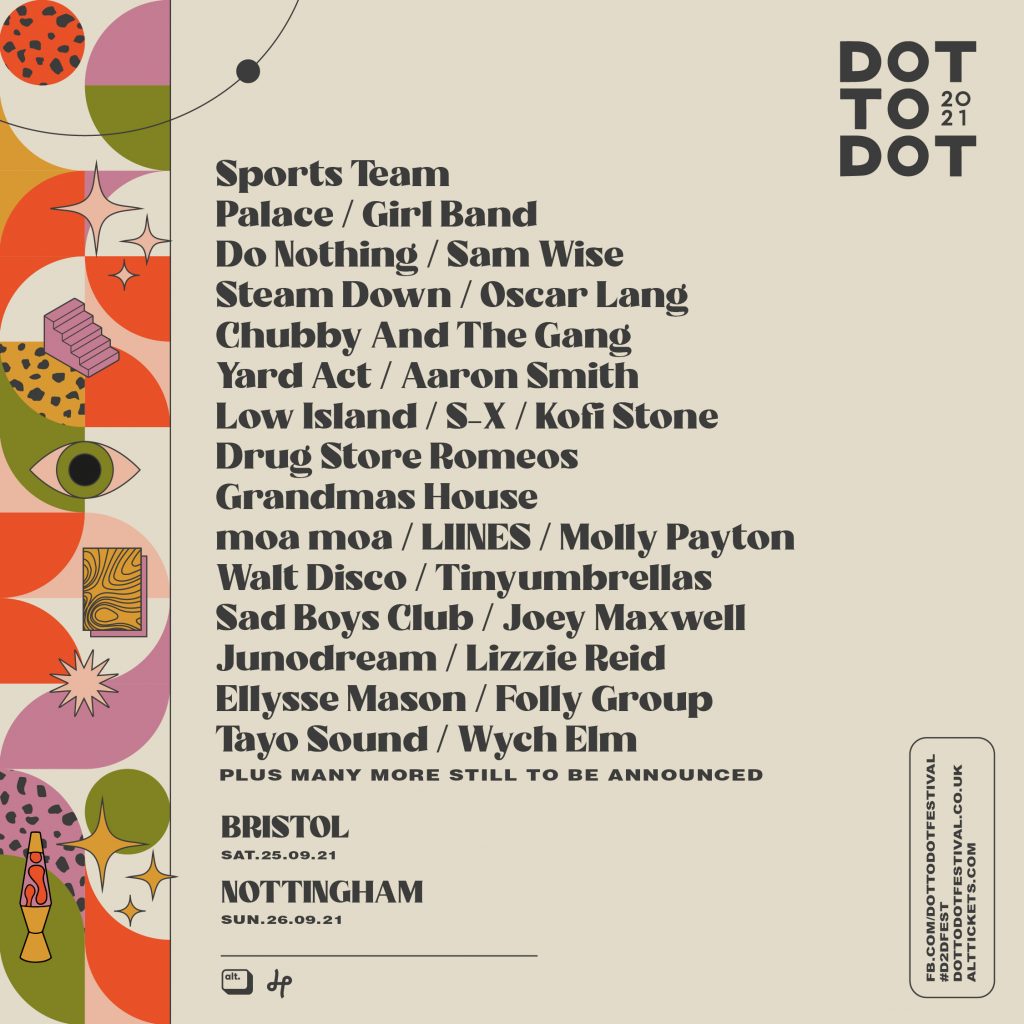 The multi-venue metropolitan touring festival Dot To Dot has had an emphasis on showcasing the hottest new talent around, with previous Dot To Dot alumnis including The xx, Ed Sheeran, The 1975, Florence + The Machine, Dua Lipa and many more.

Tickets for this years festival are on sale now, starting at just £20. For more information on this year’s festival – including up to date lineups, venues and more head over to the Dot to Dot website. For tickets head over to Alt Tickets.

Bombay Bicycle Club, Royal Blood, The Kooks and more are headed to...