End Of The Road Festival, after building a reputation as one of the best mid-sized alternative festivals in the UK, lashes over the last remaining days of British Summer Time. Today, EOTR, hosted in Dorset, announced its first load of acts for 2017’s weekender, and boy is it a good’n!

Taking the headline spots this time around will be Canadian cult hero Mac DeMarco, indie-rock kings Band of Horses, and the smooth-talking Father John Misty. As well as that rabble taking pole position this year, Lucinda Williams will also make a coveted appearance. Scottish alt-rock legends The Jesus and Mary Chain, bona fide extraordinaire Ty Segall, and New York natives Parquet Courts will also feature over the course of the late-August weekender.

A place for nurturing fresh new talents, as well as old legends, EOTR’s bill for 2017 includes Let’s Eat Grandma, Shame, HMLTD, Goat Girl, and a whole bundle of other hotly tipped acts. For the full line-up, check out the poster below. 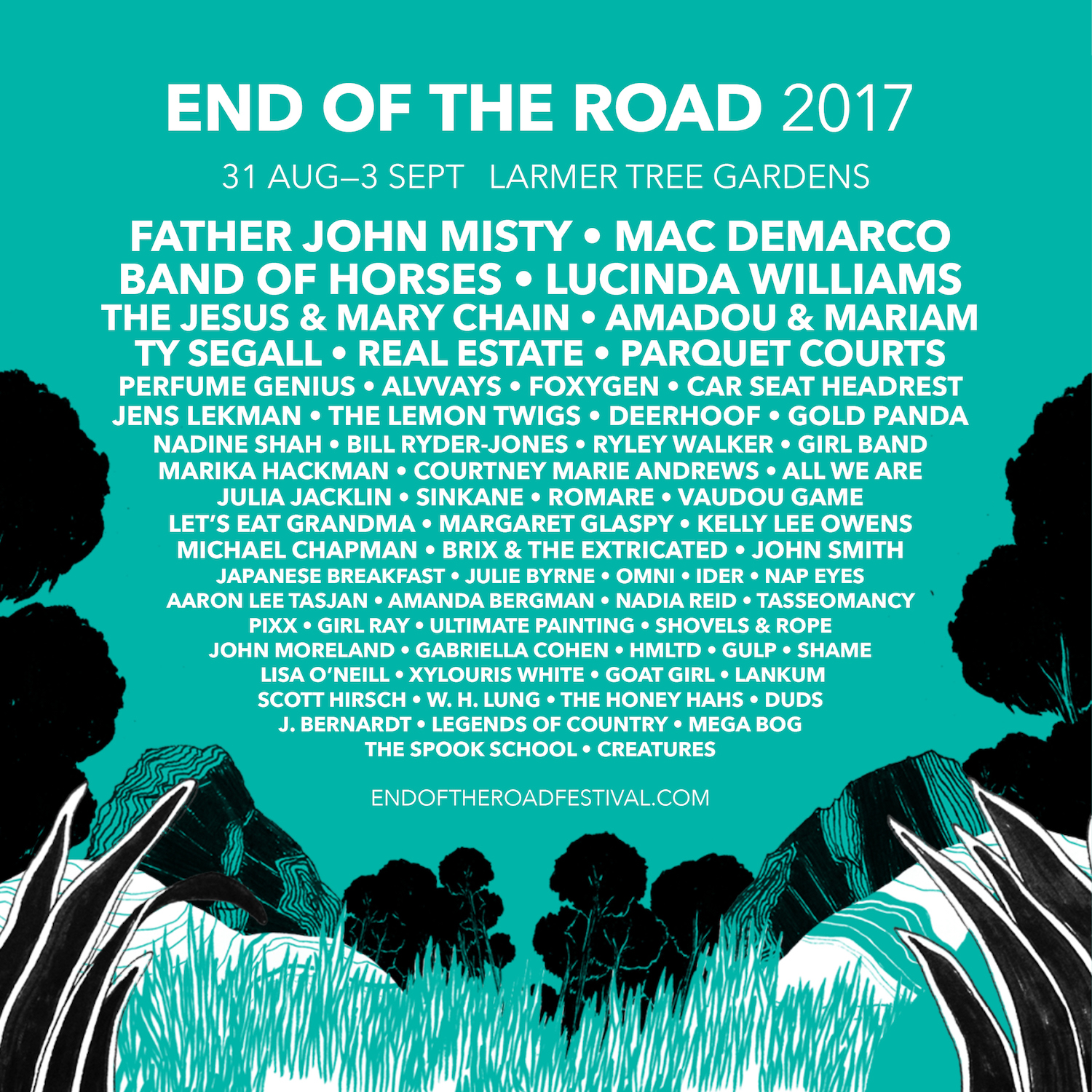 With their album out in just over a month, Claud has shared their latest...

Perfume Genius, Arlo Parks and more announced for End Of The Road 2021

Dropping an early Christmas surprise, End of the Road Festival has dropped the bulk...