Since announcing themselves with early singles ‘Fashionista’ and ‘Four Wheel Drive’ a little over a year ago, Folly Group have found their feet as something of an outlier in the London post-punk community.

Although very much a cousin of the scene, there was immediately a different atmosphere to the music created by Sean, Louis, Tom and Kai. Pitched up in their home/studio in London’s Zone 3, the quartet weaponised handbrake tempo turns, creeping synths and a darker delivery than their peers in the capital.

This outlier status has been punctuated by legendary avant label Ninja Tune, who have made Folly Group the first band to be signed to their Technicolour imprint – where the likes of Octa Octa and Sofia Kourtesis received their breaks.

Human and Kind’s first single, ‘I Raise You (The Price of Your Head)’, sees Folly Group announcing the EP campaign with a more liberated sound which alludes to hi-hat adorned indie-pop. It transpires that this track, alongside the EP’s other taster ‘Paying The Price’, was to be the perfect preview for Human and Kind, with the band stepping more readily than before into traditional pop sensibilities.

Opener ‘Faint of Hearts’ employs a chipper call-and-response delivery which brings to mind the 80s vocal inflections of Adam Ant or Duran Duran’s Simon Le Bon – albeit with a touch of that Folly ominousness.

Despite the energy and freedom found within these opening songs, they land with the threat that this follow-up EP may lack the intensity and depth of debut release Awake and Hungry. This looming toothlessness is – appropriately – rectified around the penultimate track ‘The Tooth of February’, on which Folly Group do what they do best: subverting guitar-led post-punk into an interesting and unrecognisable beast.

“Where Awake and Hungry doubled as a diary of the band’s formative months and encapsulation of our live show, Human and Kind is a projection of our ambition,” the band have say of the new release. ‘And our desire to push ourselves through what we might previously have perceived as the ceiling of possibility for four players.’ Listening to the full EP doesn’t shed much light on what is meant by this statement, until the closing, titular track. ‘Human and Kind’ sees Folly Group stripping their sound back to its bones, offering a genuine sense of depth to the sophomore outing.

With the wonky sound of post-punk maxing itself out over the past year or so, many bands have been assigned the task of evolving their sound without losing sight of their identity. On Human and Kind, Folly Group have allowed their uneasy, jagged rhythms to make way for a more expansive sound, and – in doing so – planting the seeds for a debut album campaign which we can, at the very least, be really quite excited about. 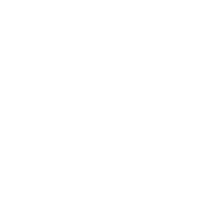 Album Review: Team Me // Something in the Making

Imported all the way from Norway, Team Me’s third album Something in...