Branding itself as ‘A one day festival celebrating the best new music’, Community Festival welcomes a whole host of successful indie acts as well as some more unknown names for its third year at Finsbury Park in London.

Topping the bill on this year’s lineup are The Kooks, celebrating their 15th year as a band, they are set to bring an iconic set to their biggest headline show ever. Accompanying them will be an incredible supporting lineup which will see Blossoms, The Amazons, The Night Cafe, Kate Nash, Sea Girls, Bloxx and many more head to North London. Branded as the indie day out of 2019, we’re sure Community Festival will be one not to be missed. 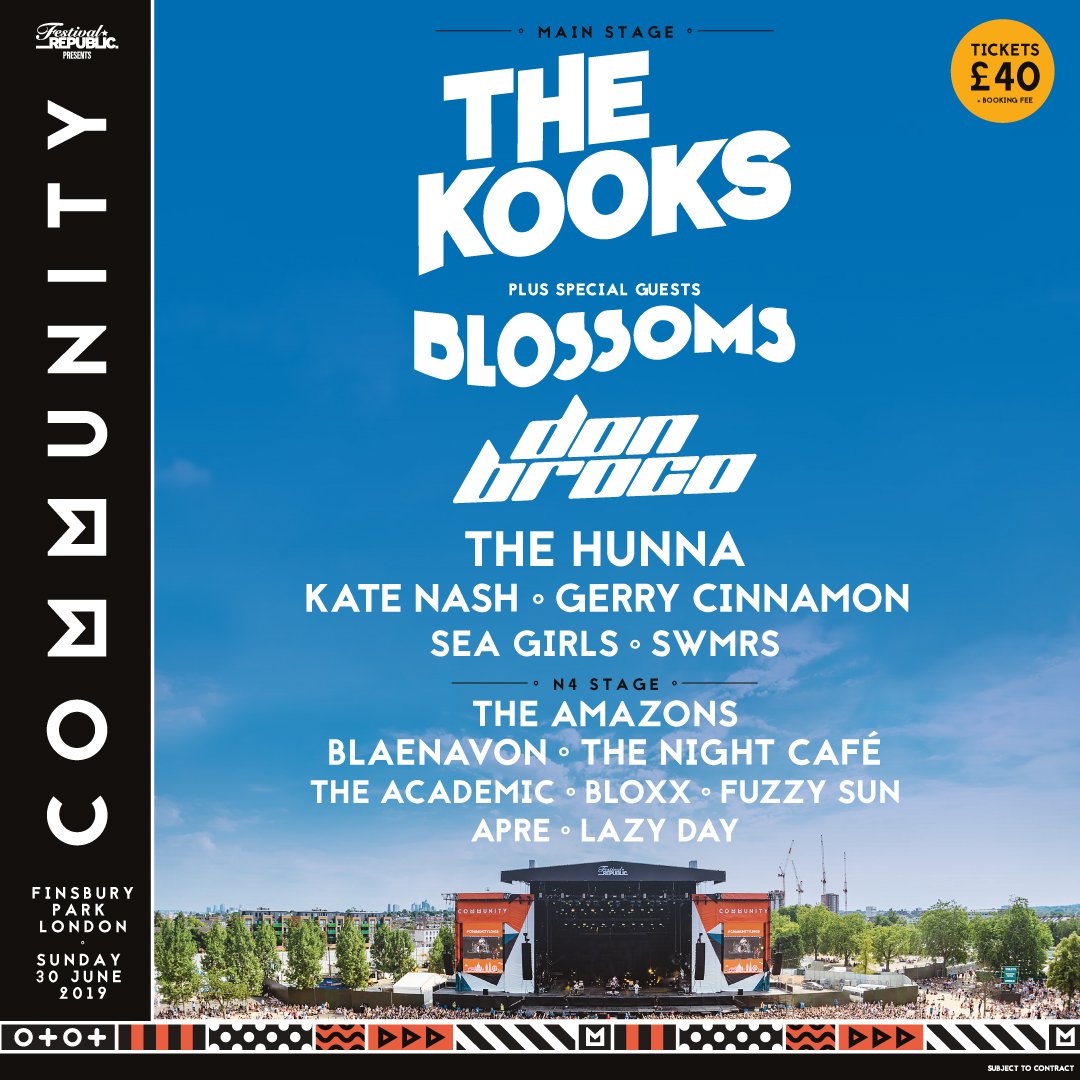 Former Glories:
Only in its third year, Community Festival has already played host to the likes of Catfish and the Bottlemen, The Wombats, Two Door Cinema Club, You Me At Six, Pale Waves and Slaves, as well as helping Fickle Friends, Darlia, and The Hunna on the road to success.

Community Festival takes place in London’s Victoria Park on Sunday 30th June. With 45,000 people attending last year’s event, this year is set to be bigger and better than ever. Tickets are on sale now from £40 (+fees). For more information and to find out more about how you can earn yourself a free ticket as a Community Festival Ambassador, visit the Community Festival website.