Did you get the memo? Dance is the sound of 2018, the biggest it’s been since the halcyon days of the 90s. Farr Festival carries the spirit of 90s rural rave, welcoming all genres in the idyllic privacy of Bygrave Woods whilst remaining only a stones-throw from London. Now onto its 9th year, what began as an underground congregation of like-minded revellers has evolved into one of 2018’s most coveted events. Nothing about Farr Fest’s core has changed; just that it’s finally getting the recognition it deserves.

Farr brings a monstrous roster together: global heavyweight Dixon has topped the Resident Advisor DJ poll for years, Daphni AKA Dan Snaith AKA Caribou is a genre-bending wizard and Hunee is known for delivering joyous, muscular sets. In between the crate diggers, Tom Misch is the perfect way to unwind as the sun goes down and Mount Kimbie will deliver angular cuts from their latest release What Love Survives. George Fitzgerald will deliver a vital live set and Optimo’s B2B with Young Marco is a guaranteed corker. Roman Flügel,  Shanti Celeste, Moodymann, Shy FX and many more feature. 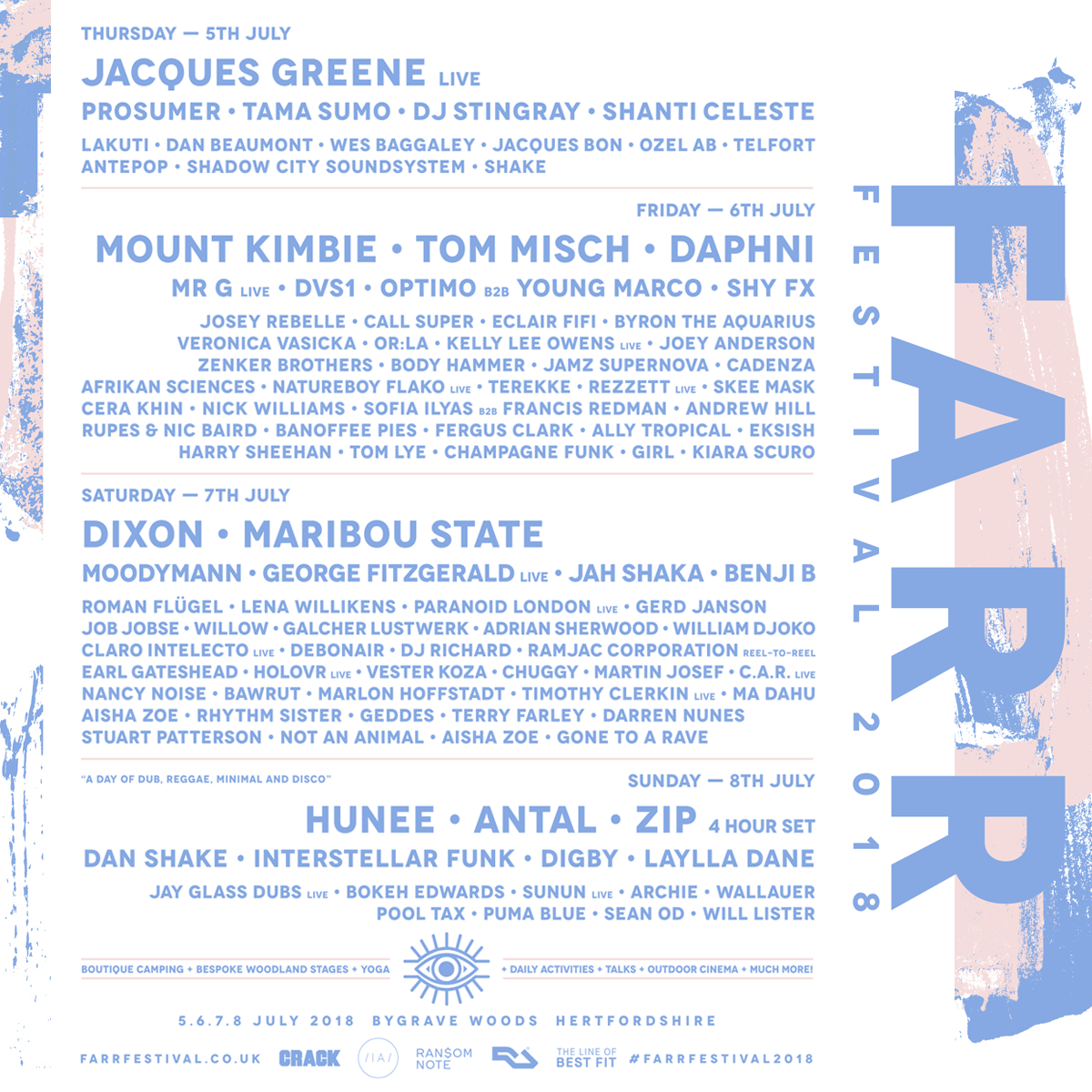 If you want to unwind from the pounding beats, look no further than Farr’s yoga and medication sessions, or take a dip in the hot tubs. Bygrave Woods will be packed with dazzling light displays and secluded spots between the stages; it really can’t be missed.

If you’re struggling to find a way out to Farr, check the travel links on the site. Kings Cross to Baldock station is 40 minutes direct, from where a shuttle bus runs every 40 minutes to get you to the festival site. Tickets are moving fast, get them from the official site for £125+BF for the weekend, and £45+BF per day.