If the name wasn’t already a dead giveaway, Mad Cool Festival is, well, pretty cool. Featuring a lineup that could happily take on Glastonbury or Coachella, this relatively new festival has already made its mark on the European festival scene. Going into its fifth year, Mad Cool shows no signs of slowing down, expanding from three to four days.

Where to start? Once again Mad Cool has pulled out all the stops. Kicking off its four day weekend with headline sets from Taylor Swift and Twenty One Pilots, the weekend will also see Billie Eilish, The Killers, Kings of Leon and Faith No More take on the top spots. With at least one more headliner yet to be announced, this year’s lineup is almost unbeatable. 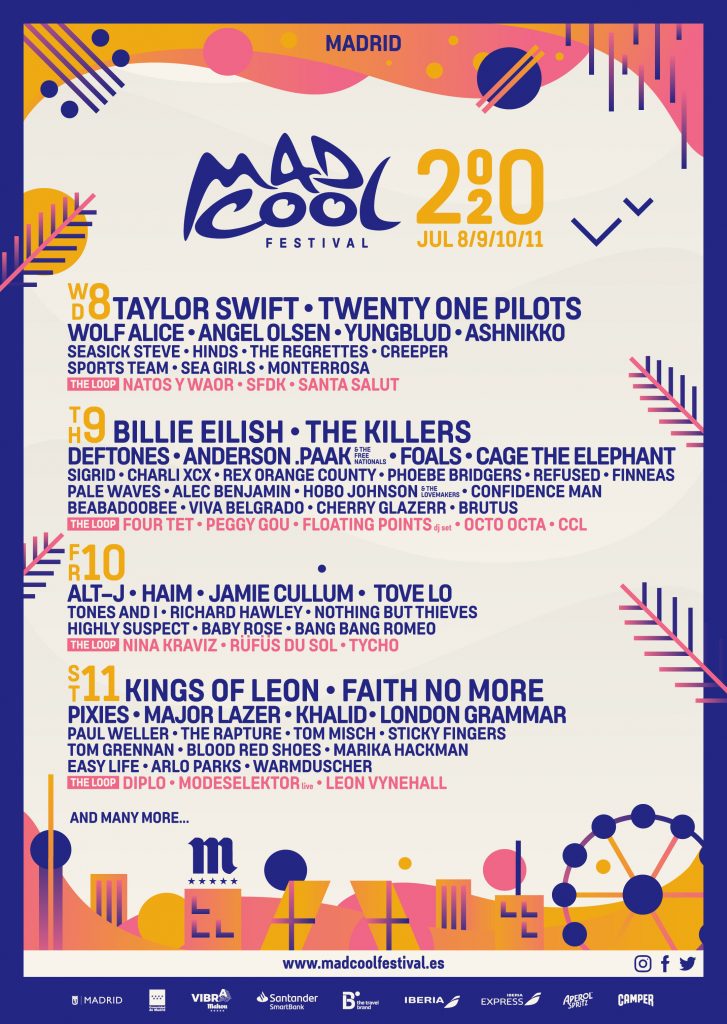 Despite only having started in 2016, Mad Cool has seen some of the biggest names in music already pass through its gates. The Cure, The 1975, Robyn, Vampire Weekend, Jack White, Glass Animals, Foo Fighters, Green Day, Foster the People and many more have all tread its boards.

Set just a stone’s throw away from Madrid’s city centre, Mad Cool gives you a great opportunity to not only discover new music, but explore all of what Madrid’s capital has to offer. With music programming usually starting in the late afternoon, the day can be a great opportunity to head out and catch some of the amazing food, sights and entertainment that Madrid has to offer.

Hosting an unparalleled selection of music over the course of four days, Mad Cool 2020 is set to be an unmissable weekend. With tickets starting at €169 + fees for a three-day ticket, or just €179 for a four-day ticket, the festival is a real bang for your buck. Although the festival is non-camping, Mad Cool also offer ticket + hotel packages starting at £230 (at time of writing). For more info on the festival, tickets and everything else, head over to the festival’s website.