Founded in 1971 Roskilde is one of Europe’s oldest festivals. Run as a non-profit the organisation uses the funds raised from the sales of tickets, merch and everything else for development and support of music, culture and humanism.

Having only gone through their first round of announcements so far, Roskilde has hit the ground running. With Travis Scott kicking off the first round of names, the hip-hop superstar will also be joined by Scarlet Pleasure (DK), Testament (US), Alma (FI), Blawan (UK), Ghetto Kumbé (CO), Full of Hell & The Body (US), Julia Holter (US), Nicola Cruz (EC), Parquet Courts (US), Rival Consoles (UK) and Tirzah (UK). 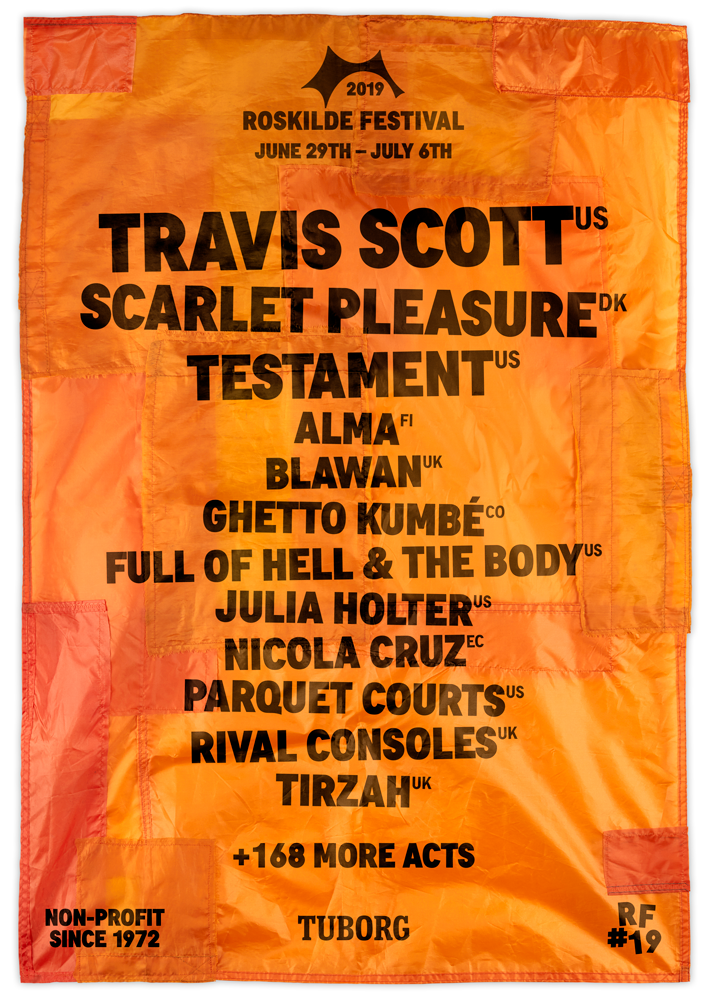 Over the past 46 years, the festival has seen countless acts come and go, from some of the biggest names in rock to newcomers. Among the many names, the festival has seen LCD Soundsystem, Red Hot Chilli Peppers, Florence + The Machine, Kendrick Lamar, Metallica, Bon Iver, Gorillaz, Lorde, Foo Fighters, Arcade Fire and The Prodigy.

Alongside the music, the festival site is also split into different ‘Cities’ and ‘Zones’. These include the Street City with all you could wish from skating to dancing and everything in between. The Rising City showcases the best in new and upcoming music and art, and the Dream City which encourages revellers to team up to create a small community in campsite H, creating small projects whether it be monuments or pillow-fights, it’s all down to you!

Having taken place for almost 50 years Roskilde is one of the most seasoned festivals in Europe. Since its inception it has raised over €43 Million for a variety of causes including Médecins Sans Frontières (Doctors Without Borders), Amnesty International, Support the Victims in Iraq, the World Wildlife Fund and Save the Children among others. Tickets for this year’s festival go on sale on October 30th, starting at 2100 DKK (including free access to camping and any food and beverage you want to bring) for weekend tickets and 1050 DKK for day tickets.
For more information, lineup and ticket packages visit the Roskilde website.