Holed up in the good old English countryside, Truck is the King of the small festival scene. 2017 marked the Steventon weekender’s 20th birthday – celebrating in style, Truck will hosted its biggest line-up and crowd yet.

While 2018’s lineup is kept strictly under wraps, and ready to be announced any day now, you can have a look at 2017’s lineup below. 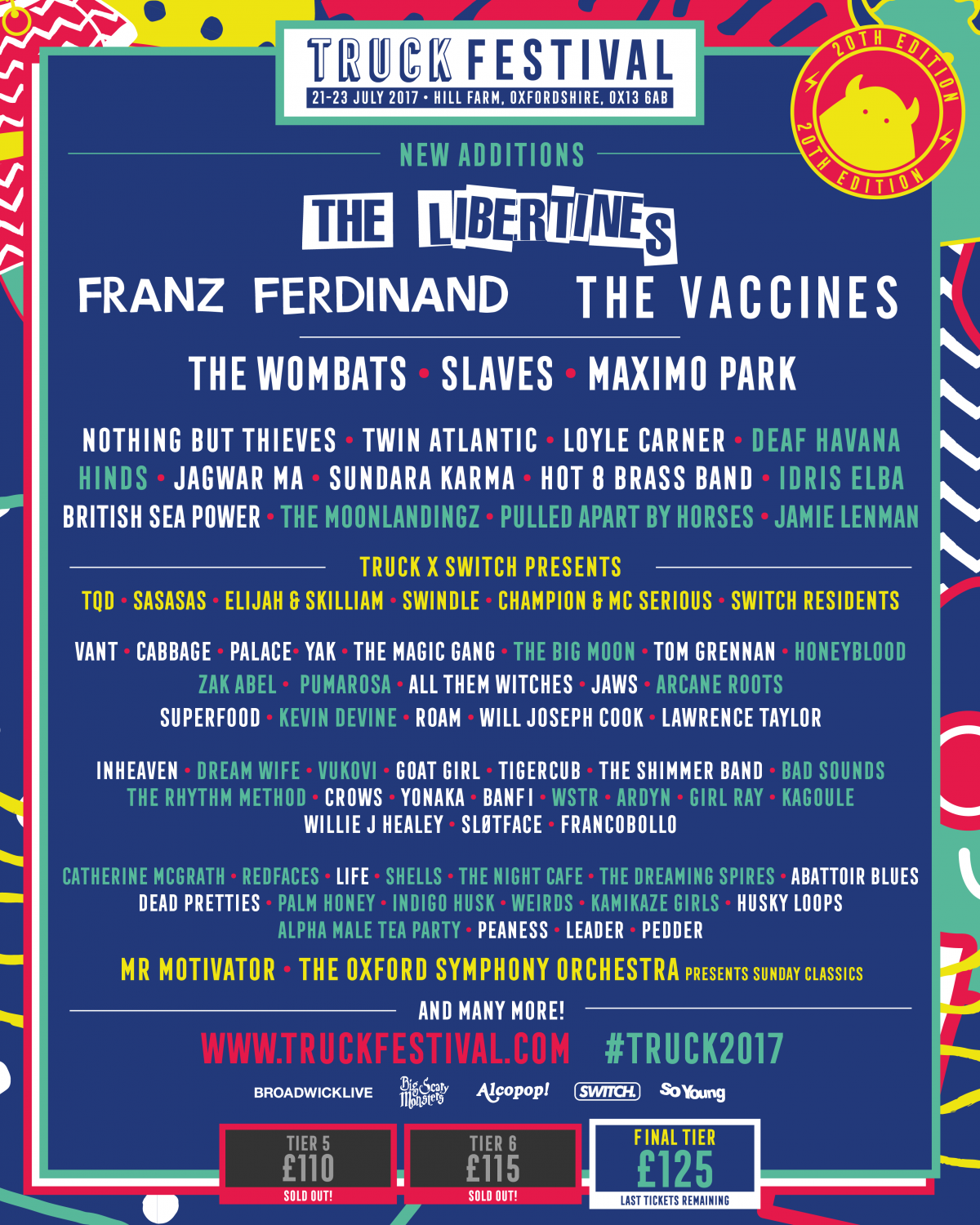 Beginning in 1998 as a day festival, Truck’s first headline act was the garage-punk band Nought, but as year’s went by and the festival’s notoriety and popularity grew, so did the once humble line-up. The festival has seen the likes of Biffy Clyro, Mystery Jets, Foals, Metronomy, Franz Ferdinand, The Wombats, Libertines and Catfish and the Bottlemen drop in on their route to stardom.

Also look out for:

Admittedly, Truck Festival is in the remote village of Steventon, so as you would expect, there’s not an awful lot else to do but run wild and squeeze in as many acts as possible. However, a 20-minute stroll will take you to the village’s high street, home to a rather nifty and impressive Co-Op, and the village pub for a quick pint if you fancy it.

With Tier 1 tickets already sold out, you’ll have to wait ’till Truck unveil their Tier 2 ticket prices (it won’t be long we promise!), for more info, or in case we’ve forgotten to update this page (oops), head over to the Truck ticket site.  For all things Truck Festival head over to their website.