Festival Review: All Points East 2019 // Christine And The Queens

Christine and the Queens are a perfect example of the right artist coming to prominence at the right time, surpassing the status of musician and encompassing a cultural movement.

The gender-fluid outfit, real name Héloïse Letissier, fuses catchy art-pop with more normative contemporary traits, such as backing dancers, to create an act that is thought-provoking, while remaining easily accessible and inviting to almost any listener.

On paper, Sunday’s All Points East appears to hold the loosest theme of the opening weekend, with a handful of Nu-Disco and Wonky-Pop artists dispersed throughout the roster, such as Yves Tumour, Toro Y Moi and Mild Orange.

The Hackney day-festival also paid homage to the jazz renaissance that is currently underway in the capital, with appearances from the feel-good brass troupe Ezra Collective and saxophonist Kamasi Washington. 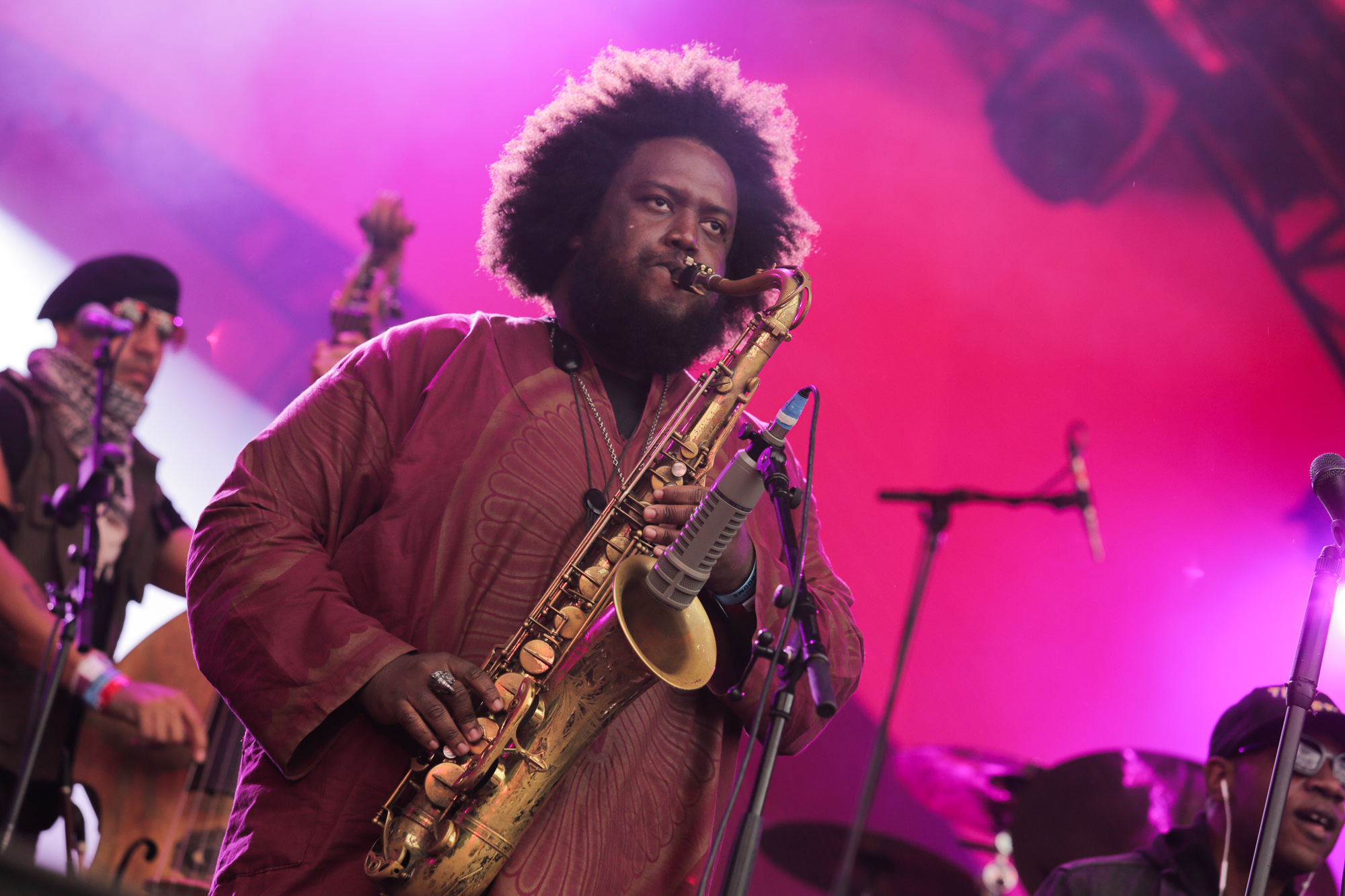 Kamasi Washington at All Points East 2019

In another thematic excursion, Kurt Vile took to the second stage late in the afternoon, performing to an audience that consistently grew throughout his set. The former War on Drugs guitarist performed only seven tracks that showcased the most recent of his 13 solo albums, with long, Woodstock-esque guitar solos that gave a deep southern hue to the overcast field.

Meanwhile, on the West Stage – merely a hundred metres away on foot, but lightyears apart sonically from Kurt’s stoner-country droll – Beach House brought their electronic dream-pop from Baltimore,

The act benefited from the intermittent rain, performing an expansive, atmospheric set to a full tent, whilst block-colour backdrops silhouetted the duo.

Crowds were showered with torrential rain just minutes before Metronomy took to the main stage, before the clouds cleared and – as if by indie-pop miracle – a low sun was exposed, bathing the stage in an orange tinge. 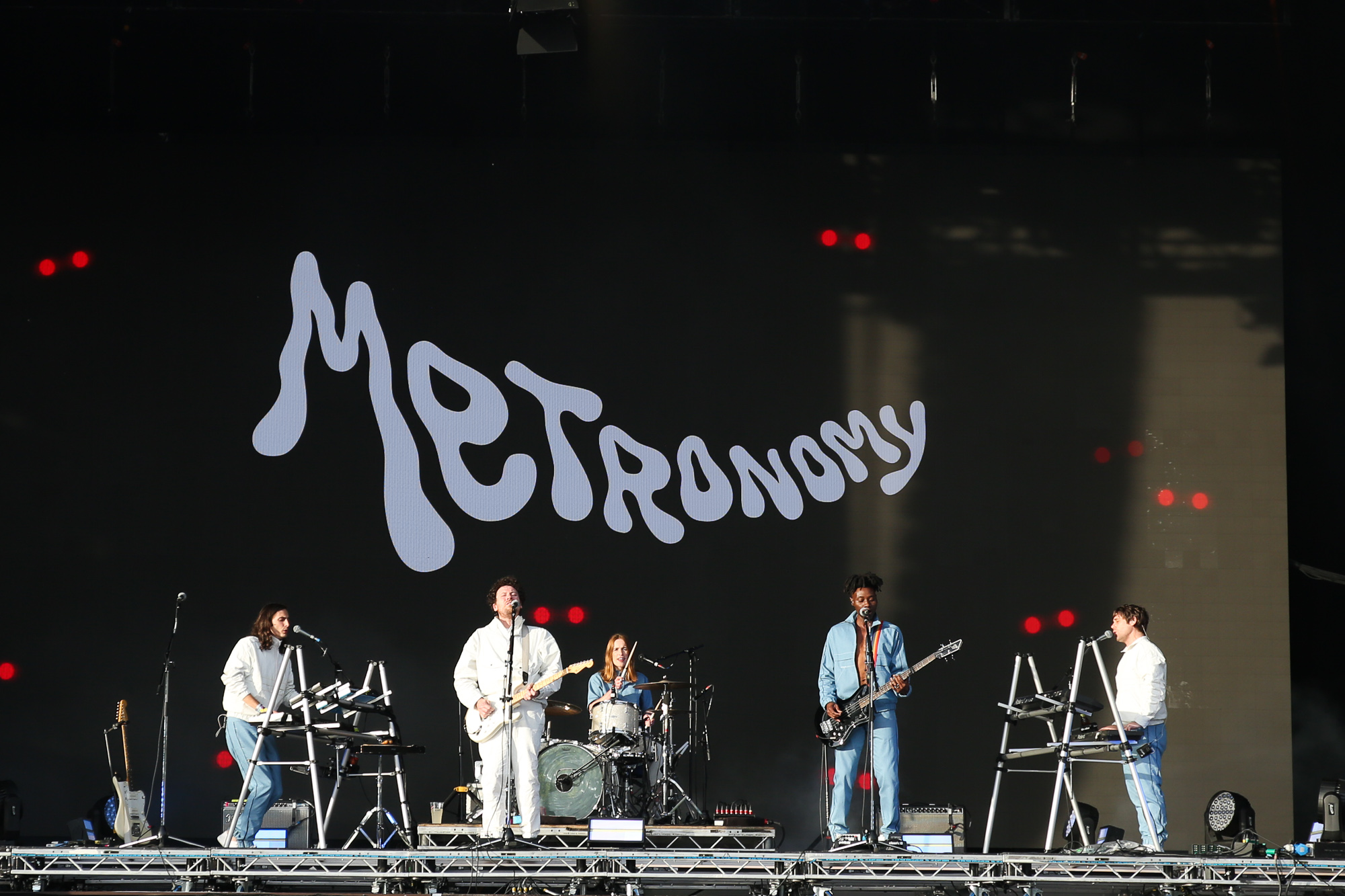 Metronomy on the East Stage at All Points East 2019

The festival veterans opened their set with four tracks from four different records, including crowd-pleaser ‘The Bay’ and new single ‘Wedding Bells’.

Around a third of the performance consisted of new tracks; a brave decision considering the group omitted fan favourites such as ‘I’m Aquarius’ and ‘Corinne’ from the show.

It would appear, however, that it is near impossible not to have a good time at a Metronomy concert; with their misfit appearance and light-hearted indie bops warming up the crowd perfectly for Christine.

From the inaugural moments of her set, it was clear that Christine had plans to embrace her role as All Points East’s ‘pop headliner’ – with a team of backing dancers adorning the stage, accompanied by pyrotechnics and, shortly afterwards, the frontwoman herself.

Throughout the set, songs are garnished with sparring choreography, making full use of the gangway that was installed earlier in the evening, leading directly into the crowd.

Christine performed her biggest hits, including ‘The Walker’, ‘5 dollars’ and ‘Tilted’ in the first half of the concert, a bold creative decision considering this was her debut outing as a UK festival headliner.

As the evening progressed, however, it became clear that this ensemble is about so much more than singalong hits. The full set worked as a 75-minute long performance piece, song after song complimented one another with no regard to chart position. 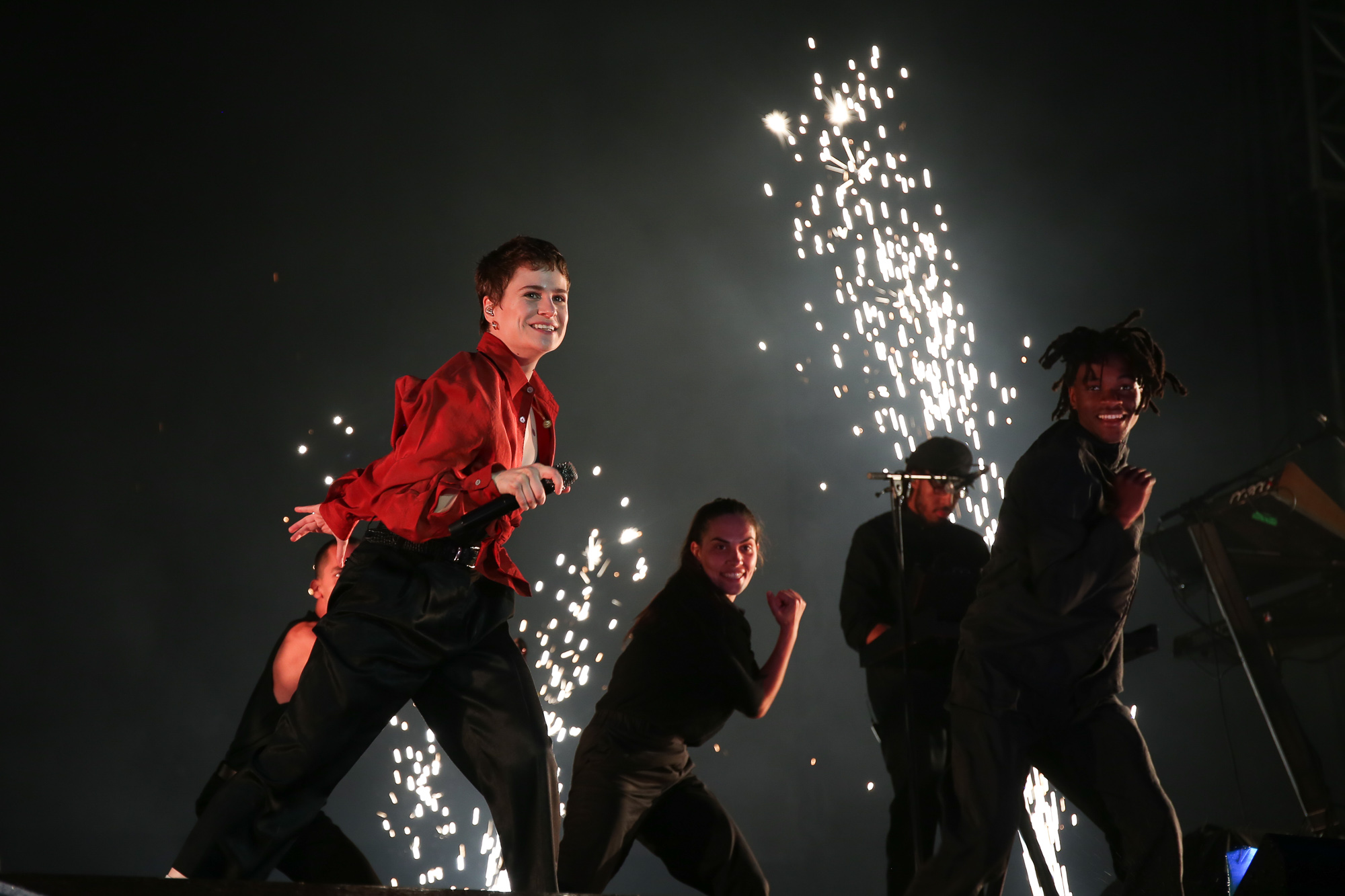 This final night of the first weekend worked in perfect harmony alongside the respective singalong anthems and rave revival of fellow headliners The Strokes and The Chemical Brothers. A packed crowd were happy to witness Christine’s performance in near silence at times; enthralled by a flawlessly executed production. Songs were often bookmarked with short speeches or anecdotes on inclusion, gratitude and togetherness, all of which amalgamated to create the theme for the evening.

Christine – or Chris – performed tracks in both French & English, and touched on a range on genres, showcasing her celebrated lack of respect for conformity and borders.

As the set neared its end and Héloïse Letissier took to the gangway to perform an a capella rendition of Bowie’s ‘Heroes’, there was a true sense that East London was witnessing a truly special performance, with a unique artist performing their first headline slot of many.