Many of the capital’s festivals struggle to find a harmonious balance between identity and variety; too much of the latter and you capture no demographic or brand, but too little leaves you with an uninspiring roster of artists who offer a guest the same experience on repeat.

The pantheon of London’s newer festivals, such as All Points East and British Summer Time, have evaded this conundrum by selling tickets on a day-by-day basis, with each day adhering loosely to a “theme”; allowing guests to attend the portion of the festival that is most appropriate for their tastes – whilst simultaneously using the city’s lack of camping facilities to the promoter’s advantage.

The opening day of All Points East offered what was arguably the firmest theme of the 6-day event, with The Chemical Brothers, Primal Scream and Hot Chip topping the bill on a nostalgia-soaked evening that was perfectly tailored for a generation of semi-retired ravers and rockers.

Hot Chip raised the bar high early in the weekend, with an arsenal of festival-ready anthems that remained fresh throughout the performance. Better-known songs were dispersed equally throughout their set list, which ended with one of the noughties’ great indie-electro floorfillers, ‘I Feel Better’. 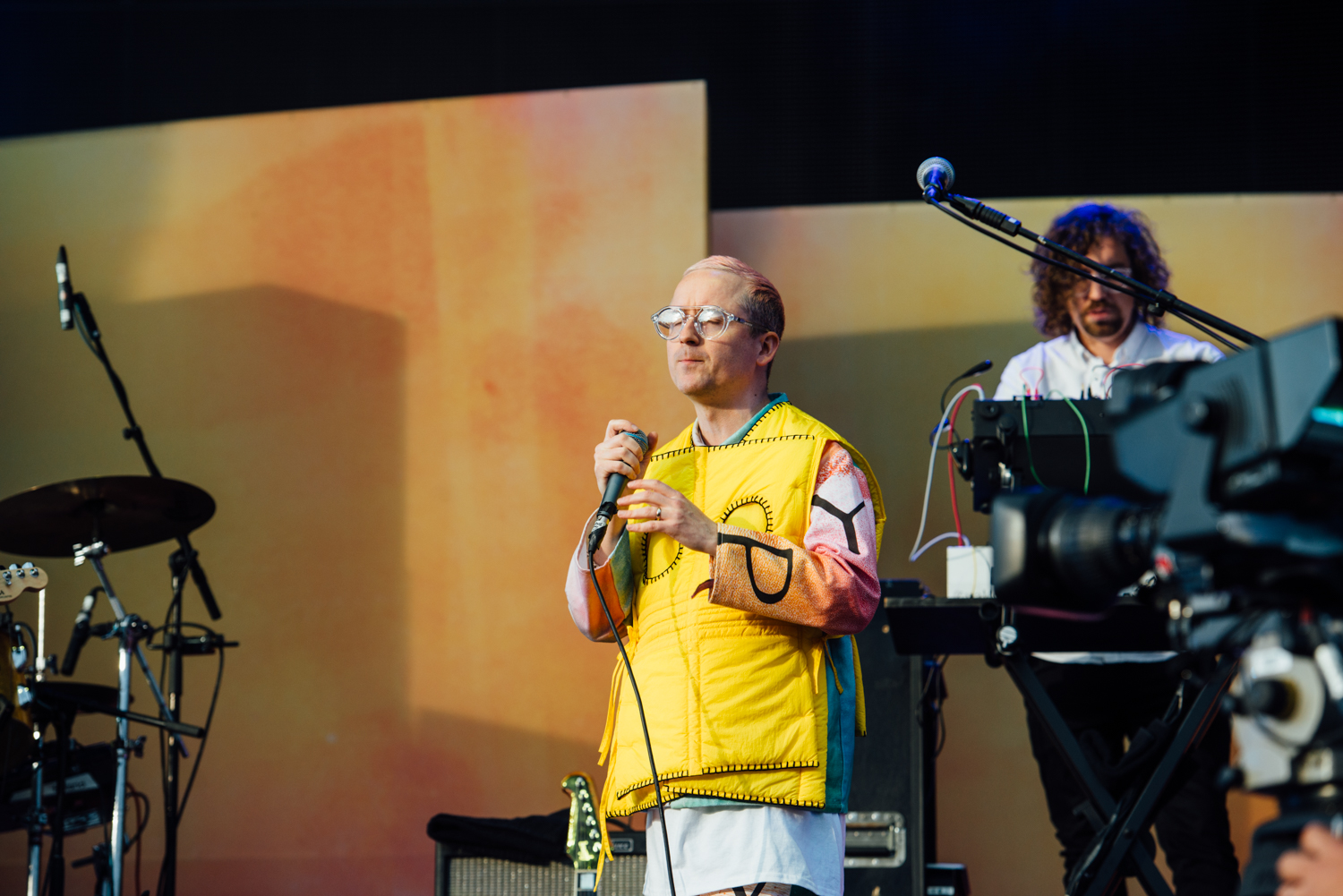 The high point of the set, and subsequent evening, was frontman Alexis Taylor’s rendition of Beastie Boys’ ‘Sabotage’; injecting unadulterated joy into a crowd that had previously been nervously shuffling beneath the dark clouds that loomed above Victoria Park.

These clouds didn’t hold firm for Primal Scream’s pre-headline performance, however, with torrential rain plaguing their set. The quality of the veterans’ tracks, along with Bobby Gillespie’s iconic presence withstood the weather, and bad luck alone allowed the atmosphere to be undeniably dampened, both metaphorically and literally.

The Chemical Brothers, occupying the headline slot, faced no competition from any of the other seven stages, which –combined with the improved weather- ensured a renewed sense of optimism for the evening. 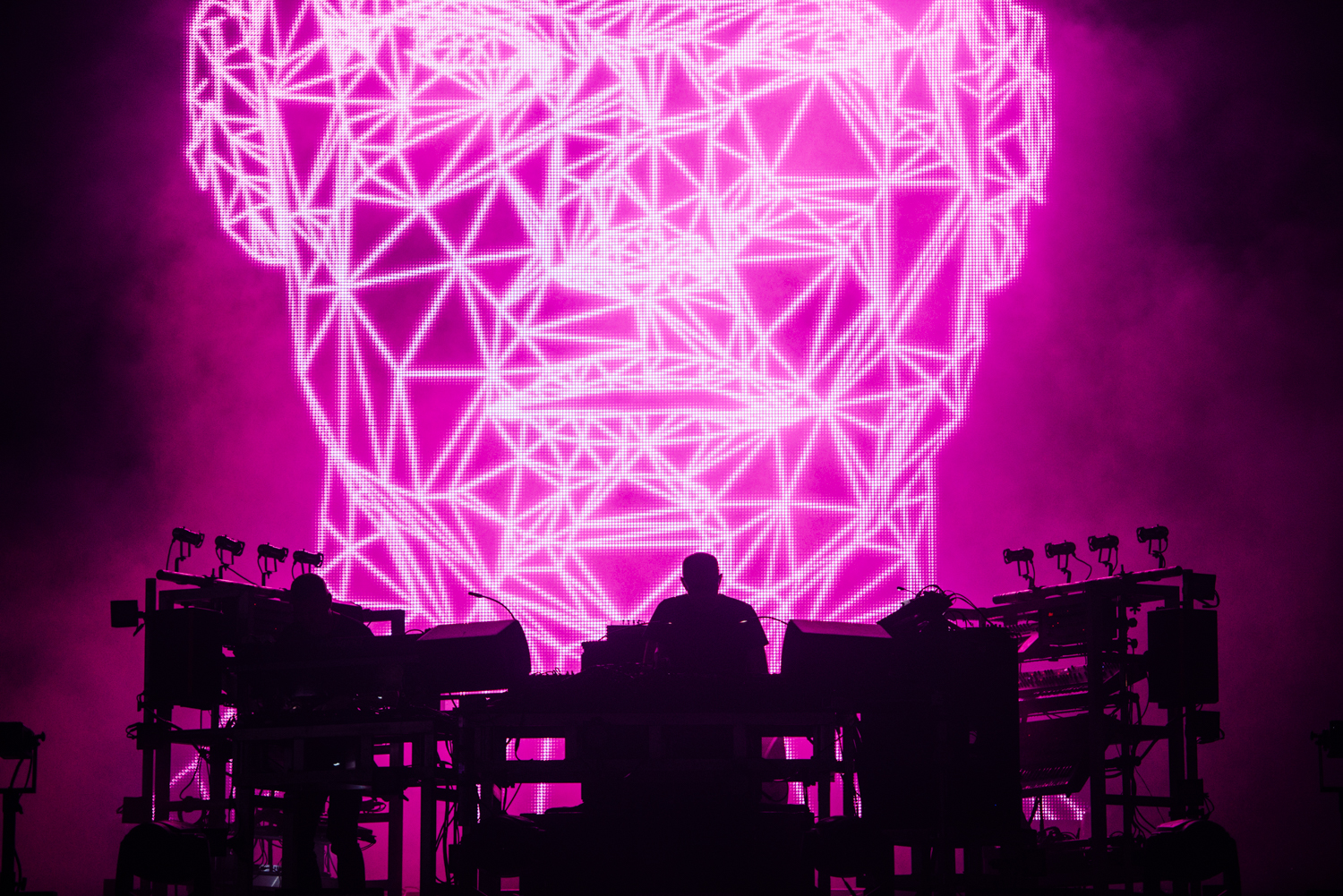 Tom Rowlands and Ed Simons opened their 100-minute set with 2015’s ‘Go’, before dropping new single ‘Free Yourself’. Each track was accompanied by jarring visuals, appearing and disappearing in tandem with the musical spikes throughout the songs.

A choice of nine studio albums allowed the DJs to get creative with their set list as they fluctuated between old and new selections throughout the evening. As the performance progressed, however, it was hard to overlook the formulaic way in which The Chemical Brothers create their tunes, with the mood verging on samey as track after track rolled by, even if the attendance of two colossal robots on stage did ensure that the performance remained visually engaging, while the jolting images became tiresome.

Timeless tracks such as ‘Swoon’, ‘Hey Boy Hey Girl’ and ‘Galvanize’ kept the performance afloat, and the Big Beat pioneers will always remain a must-see act on festival bills. One could argue, however, that a headline slot called for some braver excursions, with the evening lacking a sense of journey.