The 1990s and 2000s had no shortage of indie heroes; one could even argue that it was a saturated market in the wake of Britpop and grunge movements that dominated so comprehensively immediately beforehand. There is a small pantheon of acts, however, who not only stood the test of time, but have come to represent a period of shared musical history.

The Strokes are one of these acts, and the 2001 release of debut album Is This It was the start of a fresh surge in interest for rock ‘n’ roll on both sides of the Atlantic; with Arctic Monkeys, The Killers and The Libertines all citing the New York quintet as a key influence during their formative musical years.

It is no surprise, then, that All Points East’s Saturday billing was the first (and only, at the time of writing) to sell out, with indie-heads of all ages making a pilgrimage to Victoria Park to witness the band’s first UK gig in four years.

The New York theme was instilled early in the event, with US festival staples Parquets Courts taking to the main stage mid-afternoon. The prolific art-punk outfit have released seven albums in the last six years and performed a range of their catalogue to a sun-drenched crowd, in an archaic festival performance that could have taken place in 1990s Lollapalooza. 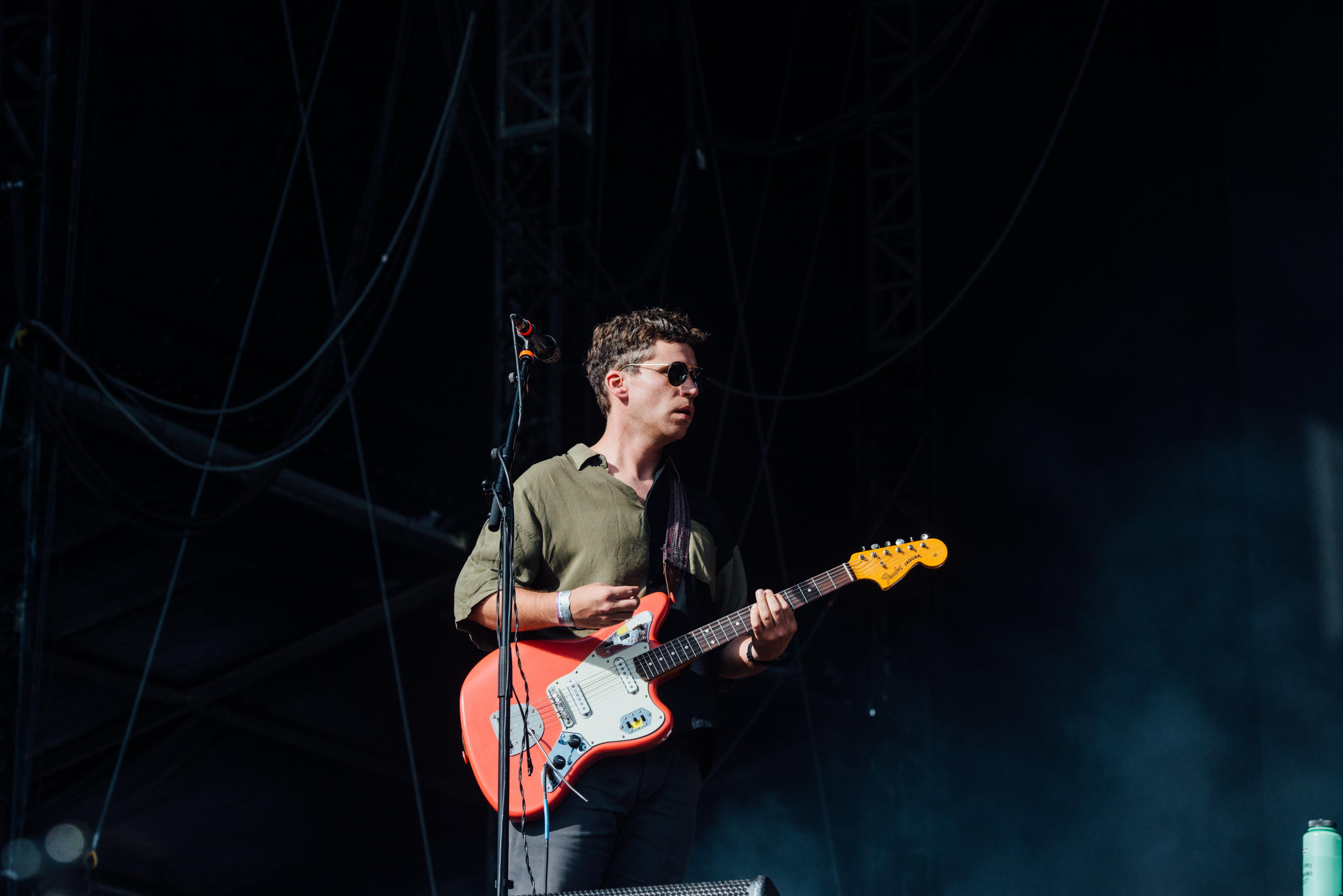 Parquet Courts at All Points East 2019

Johnny Marr attended the battle well-equipped, however, and performed a crowd-pleasing collection of Smiths classics, including ‘Bigmouth Strikes Again’, ‘How Soon is Now?’, ‘This Charming Man’ and ‘There Is a Light That Never Goes Out’ – the latter of which was met with euphoric singalongs from the main stage audience; casting a positive aura across the site that persisted throughout the rest of the night.

Interpol were the penultimate act to perform, the perfect hors d’oeuvre to prepare fans for The Strokes. Both acts rose to prominence together in New York throughout the late 90s and, between them, carried the scene into the stratosphere.

Sonically, visually and culturally; Interpol have a strong enough sense of identity to garner their own fan base, whilst aligning almost exactly with The Strokes’ demographic.

With another LP due out in autumn – their second in as many years – Interpol had a strong set list to call upon, and new tracks received warm welcomes throughout their slot on the second stage.

Interpol’s classic tracks ‘Evil’ and ‘Obstacle 1’ have only improved with age, with singer Paul Banks growing into his own cold, composed vocals. 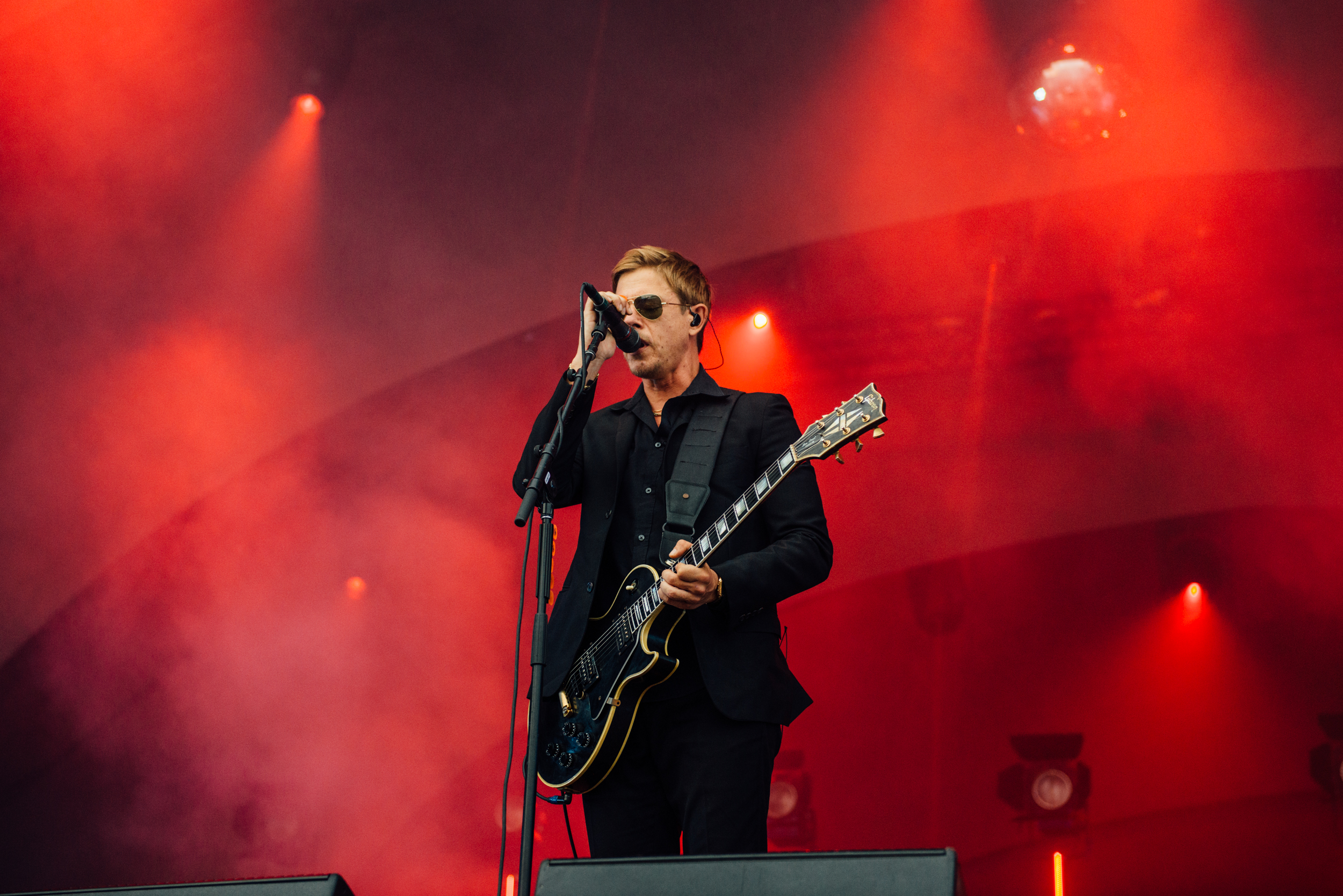 The rarity with which The Strokes perform in the UK, and the tribal nature of their following meant that standing in the crowd in the prelude to the band was an odd experience. This didn’t feel like an audience awaiting a rock band, rather a legion of devotees; hoping to catch a glimpse of something that may, or may not actually exist.

Once the group took to the stage, opening with ‘Heart in a Cage’, from 2006’s LP First Impression of Earth, the sea of followers erupted into an all-encompassing mosh pit. It’s fair to assume that this reaction was locked in, regardless of how the set itself actually started, but it was an engaging spectacle nonetheless.

As the set progressed, it became clear that there were technical issues with the sound. Issues, in fact, that were so hard to ignore that they may have crippled another act, with songs sounding almost unrecognisable from their recorded version if it weren’t for the 40,000 backing vocalists assisting with every lyric – even singing every guitar riff as if they were in the makeup of our shared language.

The Strokes don’t tend to experience fazes, gimmicks, or even campaigns in the traditional sense, they maintain their timeless rock n roll demeanour; coolly running through anthems from their first three albums whilst donning leather jackets and tight jeans. 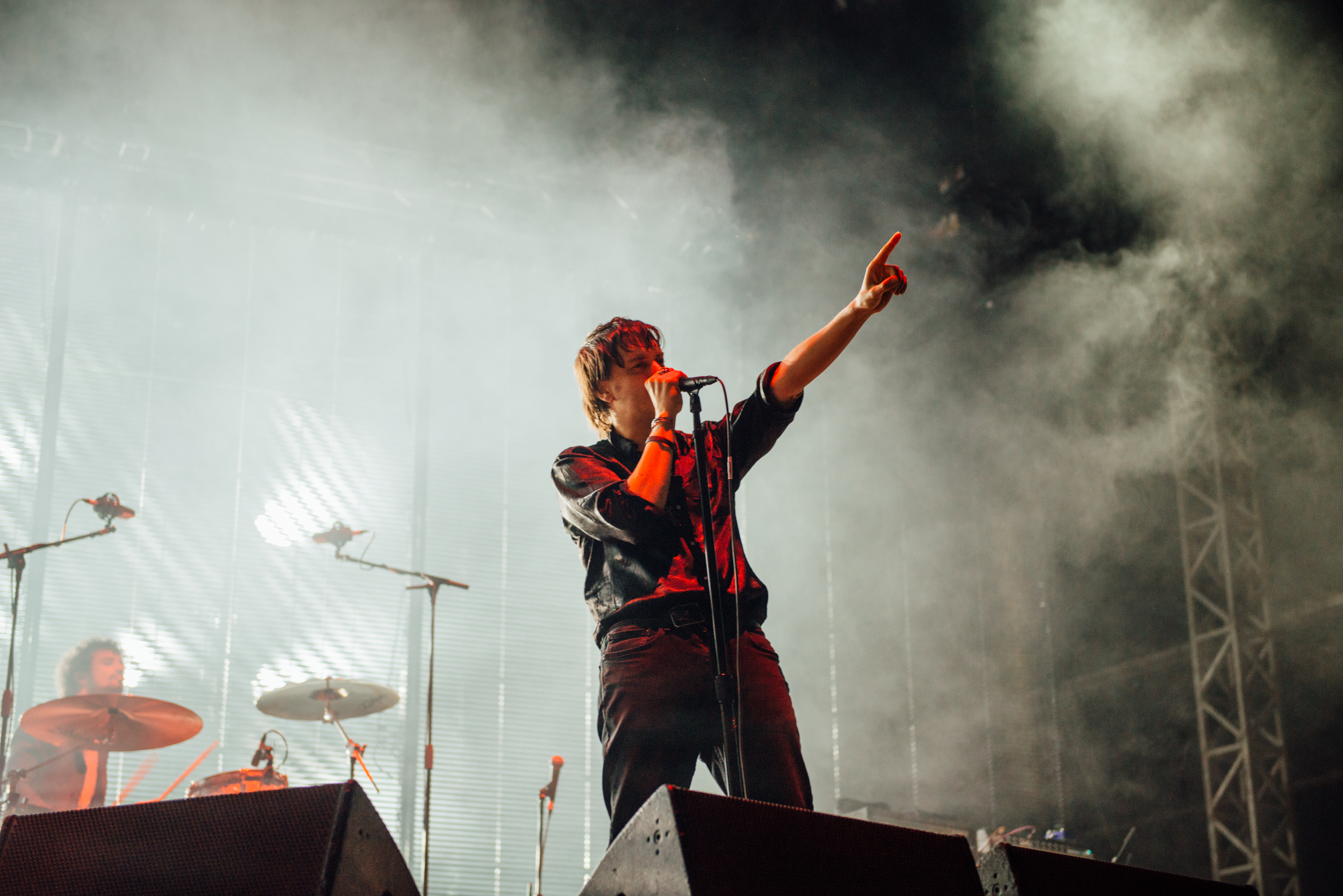 Visually the set matched the band themselves; stimulating and engaging, whilst nonchalantly refusing to expose too much personality.

The evening’s set list was tailored to a festival crowd and the only obvious omission was ‘Under Cover of Darkness’, from 2011’s Angles LP. This choice of tracks was gratefully received by an audience who were given nothing to complain about from the band themselves. Whoever was at fault for the evening’s technical glitches was endlessly lucky that fan singalongs were more than capable of carrying the performance, with some audience members barely noticing the blemishes.

By the time the group reappeared for an encore of ‘Is This It’ (for which Julian Casablancas had no sound whatsoever coming from his mic), ‘Juicebox’ and ‘Last Nite’, many fans were still deliriously singing every word, and seemingly willing to continue into the night.

For audience members in the most unfortunate geographical positions, however, the sound issues were impossible to overlook and many poured out of the field before the set came to a close.

For all of All Points East’s technical errors, they were saved on the evening by their genius in booking a group who are among the most iconic in the world… Or at least retain the most fantastically deranged fan base in the world. Who am I to say?