The inaugural weekend of All Points East wrapped up in meticulous fashion. The many impressions have now settled, and here is what went down.

With beaming sunshine, the festival, based in Victoria park seemingly had a special blessing from the usually so grumpy British weather gods. Or, maybe it was just beginners luck. Anyhow, the humid heat and sunshine called for some good SPF, or you could just cover your entire body in glitter. The latter seemed to be a strong choice for the occasion. Coachella, watch out.

Ducking into the shade of the West Stage, we catch the last of Badbadnotgood as they give a tremendous instrumental effort. The building of drops and tension have the crowd on their toes, following every little request from the post-pop group.

Following the Canadians was the one, the only Swedish dream queen, Lykke Li. Having had a break from the spotlight, it was a delight to watch the singer take to stage. Weaving a web of old and new songs, including some cuts from her forthcoming offering So Sad So Sexy, it is all held together by searing melancholy and throbbing beats. With her new songs she brings on some R&B swagger, some new undertones to the soundscape she’s become so known for. Bringing out songs of sizzling realness, Lykke Li comes full circle as ‘I Follow Rivers’ gets a life of its own, filling the tent with an all-immersive feeling. 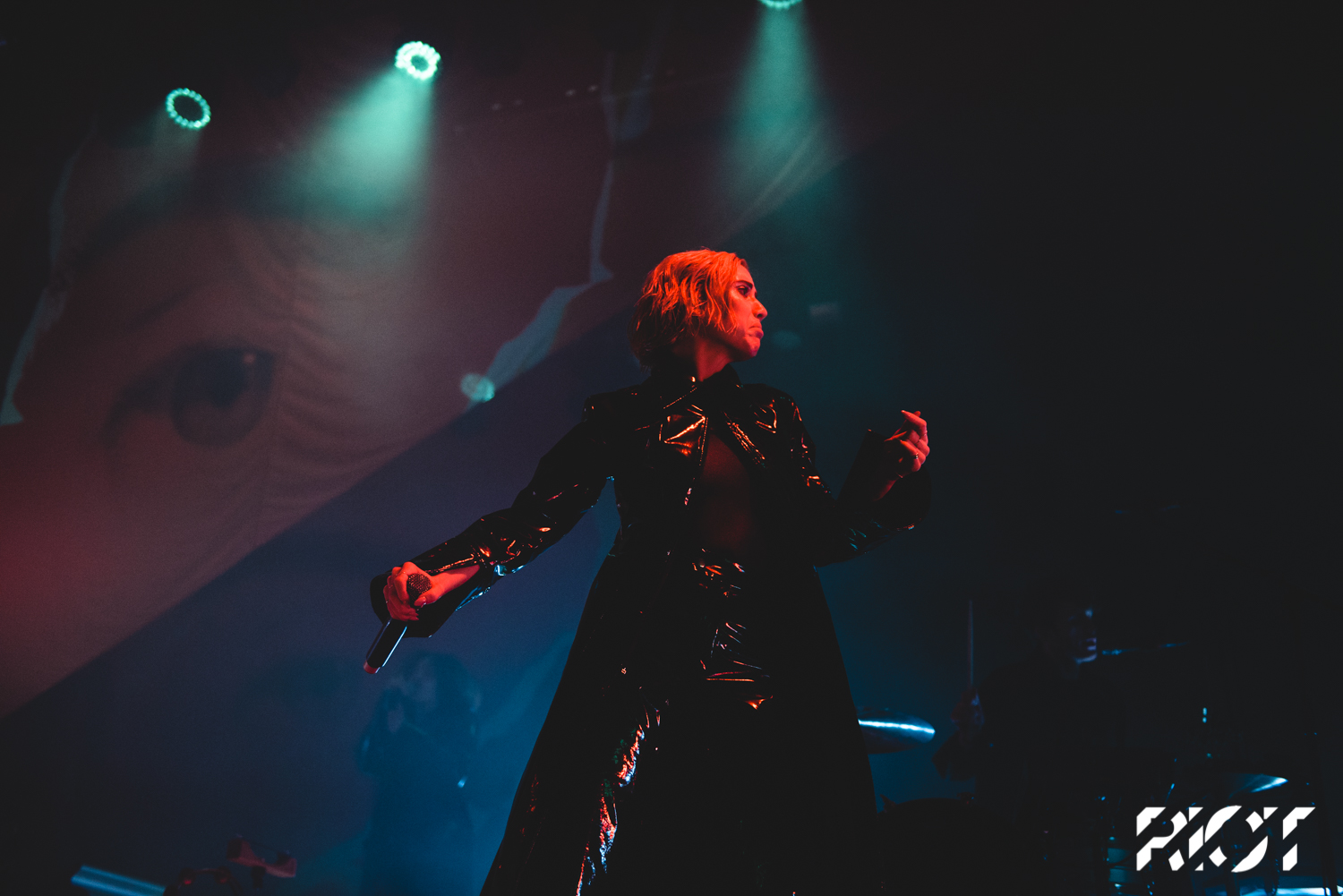 With his melodic vibes and sultry swagger, Sampha takes charge of the East Stage. Unleashing the full-fledged spectrum of his vocal and gripping lyrics, the singer possesses a musical presence that definitely makes you listen. It doesn’t look like last year’s Mercury win has gone to his head, as Sampha approached the crowd in a humble, yet confident manner. Though confidence isn’t quite enough to fill a stage of this calibre. The talent and melodic structures are definitely on point, however, Sampha could do with a little more show, just to really serve justice to the main stage.

The lineup leaves little room for errors as the favourites are packed together. Leaving Sampha is definitely not the easiest choice, however, the New Zealand Goddess Lorde trumps just about anything (but The xx). Ella Maria Lani Yelich-O’Connor, better known as Lorde is slowly growing into a fully equipped pop star. Taking a leap forward with her immense sophomore, Melodrama, Lorde has a larger than life capacity of which she played on this beautiful afternoon. With a crew of dancers, a catalogue filled with hits, and a commitment to the craft – the pop sensation gave it all. If she suffered from the issue of being side-lined onto a smaller stage, the show doesn’t show it. Arguably, a flaw in scheduling as a majority of her crowd left before the penultimate hit, ‘Team’, to catch the London legends, The xx.

With a storm looming, who more equipped to take on the main stage than The xx. Flanked by massive back-lit screens, the bass cranked up and that mounting soundscape, the trio goes all out for their hometown show. The xx captures a special essence of the human nature, and particularly the intimacy in human relations, whether it’s love or friendship, longing or regret. It’s in these finer details that they shine. Yet the danceable dream mastered by Jamie xx elevates even the most introverted of tunes into stadium ready bangers. A performance perhaps beyond words, but definitely unforgettable. 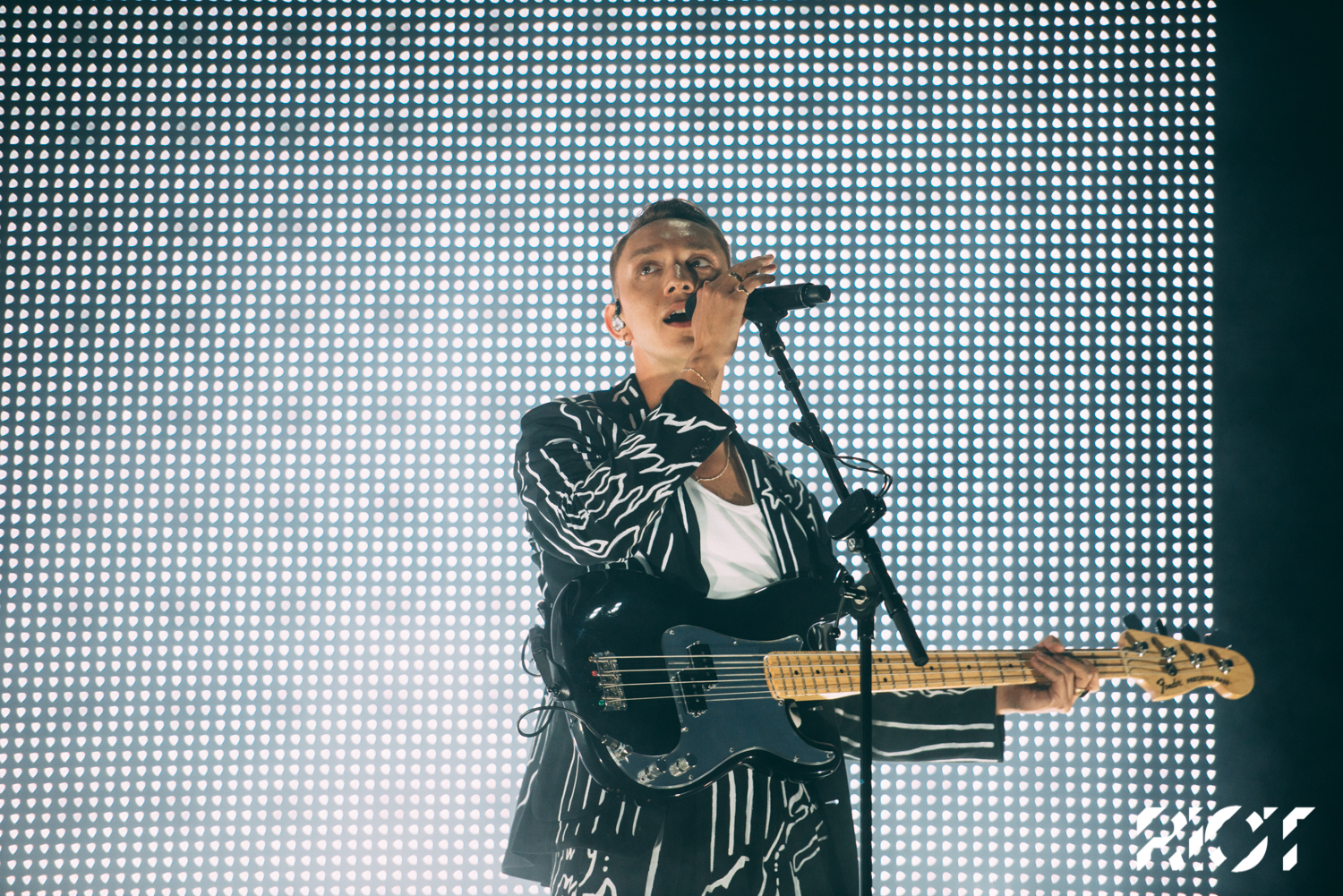 The xx headlining day two of All Points East

Emotionally scarred from the otherworldly performance The xx gave, we return to Victoria Park for the final day of All Points East.

With Django Django’s banging drums, the second day is off to an upbeat start. Their saturated sound made for a danceable start to the afternoon. Despite the enthusiastic delivery there seems to be a bit of a lacking connection between the band and the crowd.

Next up was Tom Misch bringing some pretty funky vibes to the main stage. The Bublé butter vocal formula got an amped up vibe, intertwining with some jazzier elements. Though the quality was there, the experience seemed a bit toned down as though Misch was intimidated by the size of the stage. Bringing on some soothing instrumentals the vibe picked up a bit, but sadly it wasn’t enough to go all the way this time around.

Friendly Fires are on a roll taking the North Stage crowd by storm with their endless energy. With a playful combination of instruments, their number has a carnival-esque flair and an unconventional indie core. Any band mixing tropical pop hooks with the power of two drums are either completely mad, or onto something really good – the latter is definitely true when it comes to Friendly Fires. 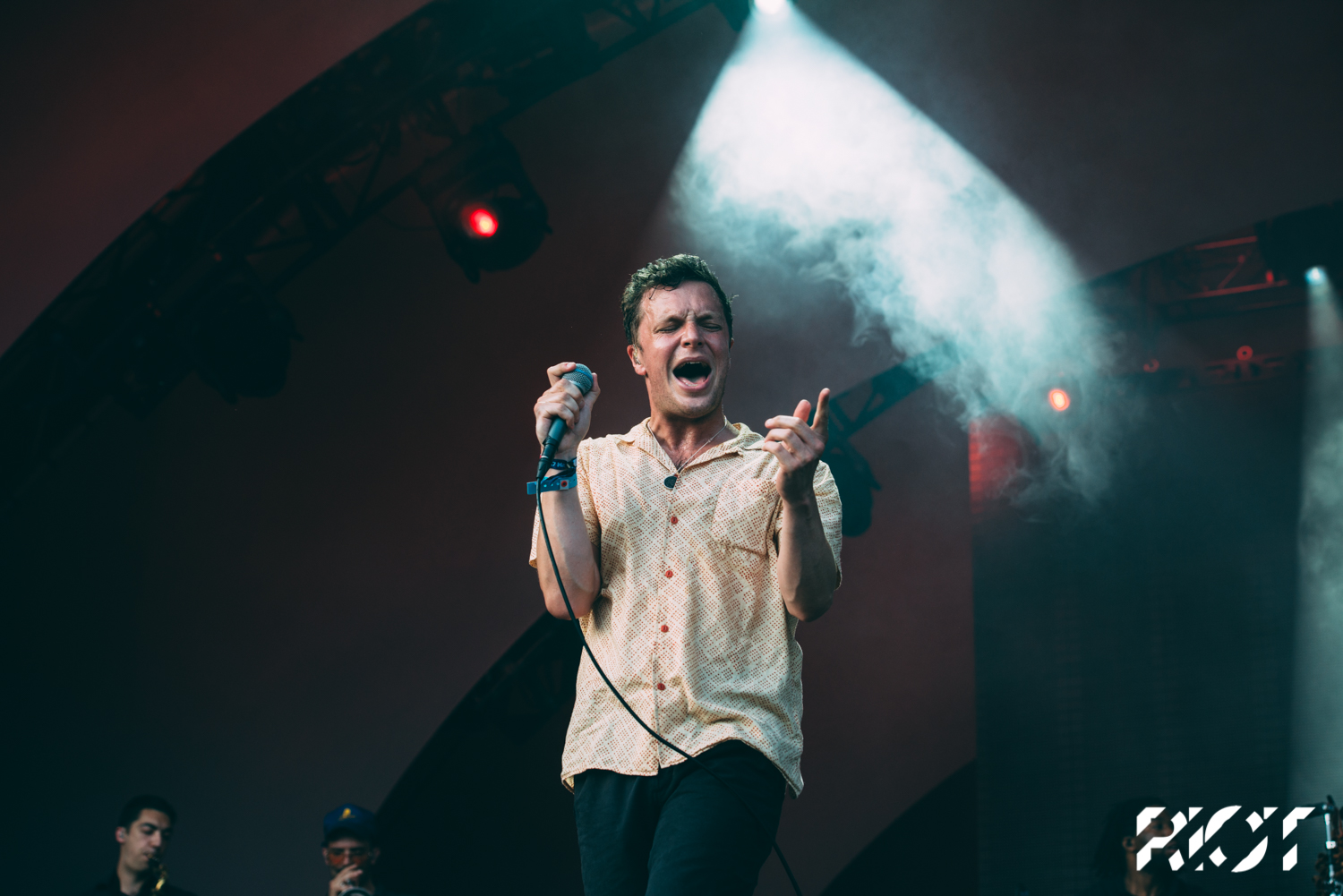 Friendly Fires at All points East 2018

The main stage has seen acts both crumble under the pressure of the large scales or embrace the grandiosity of the format. And some, such as Father John Misty, seem to rank completely outside the ordinary spectrum of expectation.

Frolicking on stage with that unmistakable swagger that only Josh Tillman possess, it’s definitely show time. Preparing to release his next studio album, God’s Favorite Customer, Father John Misty shares some sparkly new cuts alongside the settled classics of his sets. He executes the performance with a stoic calm that only comes with a persona well versed in the tragicomic arts of expression. Aligning his spiritual state with the physicality of his performance, Father John Misty is checking all the boxes. Rounding up with a bombastic rendition of ‘I Love You Honeybear’ – it’s all good.

It’s easy to think that his iconic status and Grammy controversy proceed him, however, the charisma of Beck is tangible from the start. Overcoming technical issues, the legend brought out some seriously catchy hooks, pleasing the enormous turnout.

Set with the enormous task of closing off the first festival weekend was Bjørk. Feeding off the monumental hype beforehand, the anticipation was as glittering in the air as the lightning storm lingering. Staking out the performance with a long message about environmental care and the Paris climate deal, the natural element really set Bjørk’s agenda for the night.

Setting up a fairytale-like stage filled with plants, the singer appeared dresses as an orchid, just to really underline to botanical themes. Taking her throne as the intoxicating queen of arts, the Icelandic singer still fell prey to the ethereal intricacy of her own show. Luminous hypnotic vibes and lasers certainly did their share in saturating that naturals, however, the extravagance was not enough to fully commit to the crowd’s needs.

Despite the artistry that went into the performance, Bjørk doesn’t really grab the audience and it is simply underwhelming. All in all, a gorgeous, through slightly tame finish to a what can only be described as a massive weekend.

All Points East continues throughout the week with All Points East… In The Neighbourhood and APE Presents which sees Catfish and The Bottlemen, The National and Nick Cave and The Badseeds play three huge headline shows. For more info, tickets and more head over to the All Points East website.