A headline performance from one of the planet’s most likeable acts came to the rescue of an all-day event that consistently finds itself struggling to find an identity.

Sharing the site that Lovebox Festival occupies in the previous days; Citadel has garnered a reputation for being the slightly confusing dessert that follows two days of cleanly curated R&B, urban and electronic music.

A roster of artists who were neither exciting up-and-comers, nor legendary names in the industry, left a lineup that offered very little in the way of cornerstones. This isn’t to say that the Gunnersbury Park event was a disappointing festival; but it may be best described as a Tame Impala gig with a generous offering of support acts spread over 5 stages.

Once you reconfigure your thoughts in this fashion, it would be very hard to knock the event; with the Australian psych-rockers pulling out all the stops to ensure a memorable end to the day. 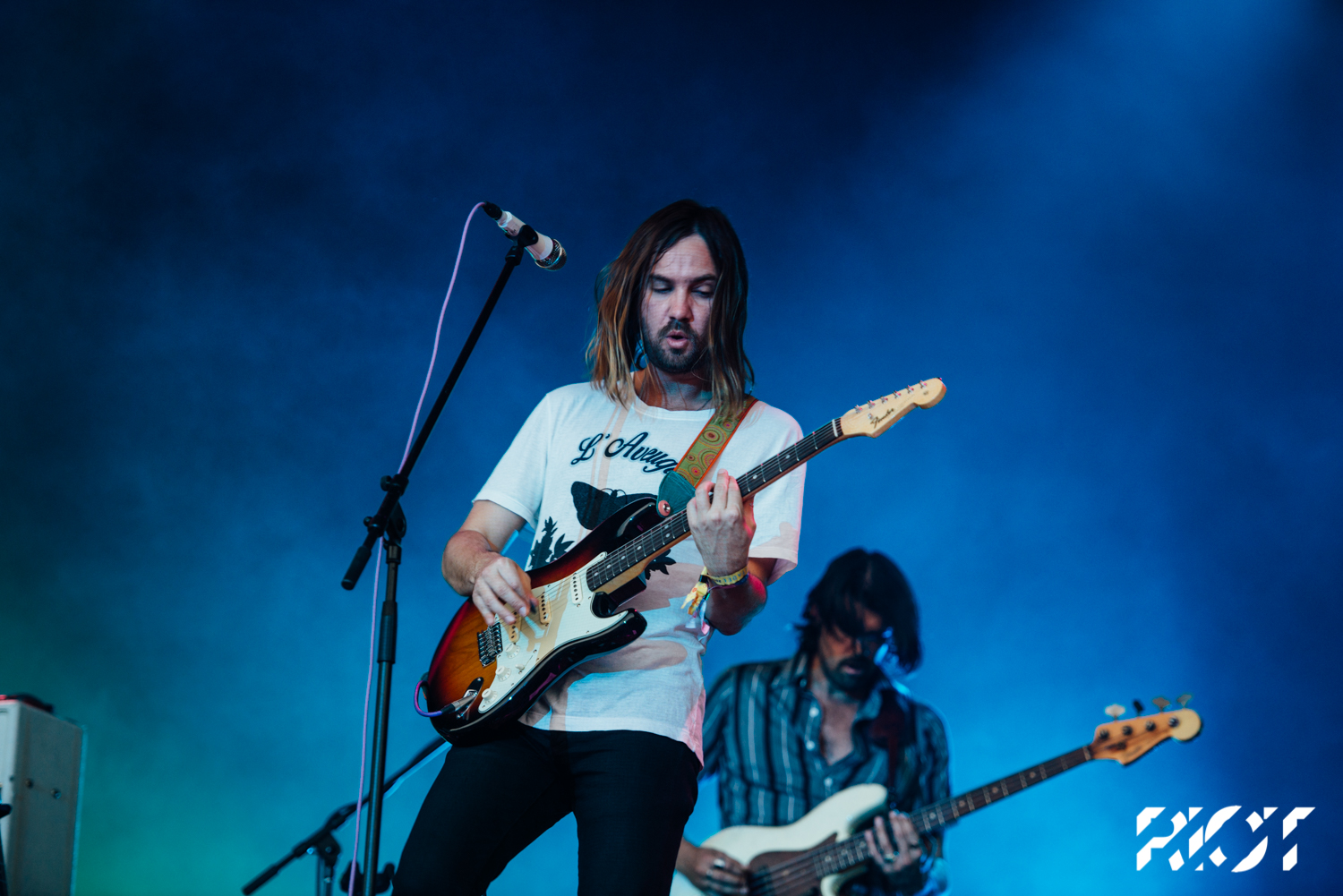 Kevin Parker & co. opened their set with ‘Let it Happen’, which was met with a fanfare of confetti cannons and prompted a mass singalong (a singalong to the melodic keyboard hook, rather than the actual lyrics- but a singalong nonetheless).

Tame Impala fall into a specific niche of live act – with an armoury that contains both singalong anthems and 6-minute crowd swayers, ensuring the attention of even the most fatigued all-day drinkers.

Frontman Kevin Parker interacted with the audience more than one might expect, holding up the set at one point to congratulate French drummer Julien Barbagallo on his nation’s World Cup victory earlier in the day.

Any threats that this extended dialogue would allow the crowd’s interest to flag were immediately extinguished, with the group dropping breakthrough single and concert highlight ‘Elephant’.

Earlier in the day, the main stage hosted Brixton’s Fat White Family, who threatened to overshadow the rest of the roster with a set that surprised even those that were already fans of the group. 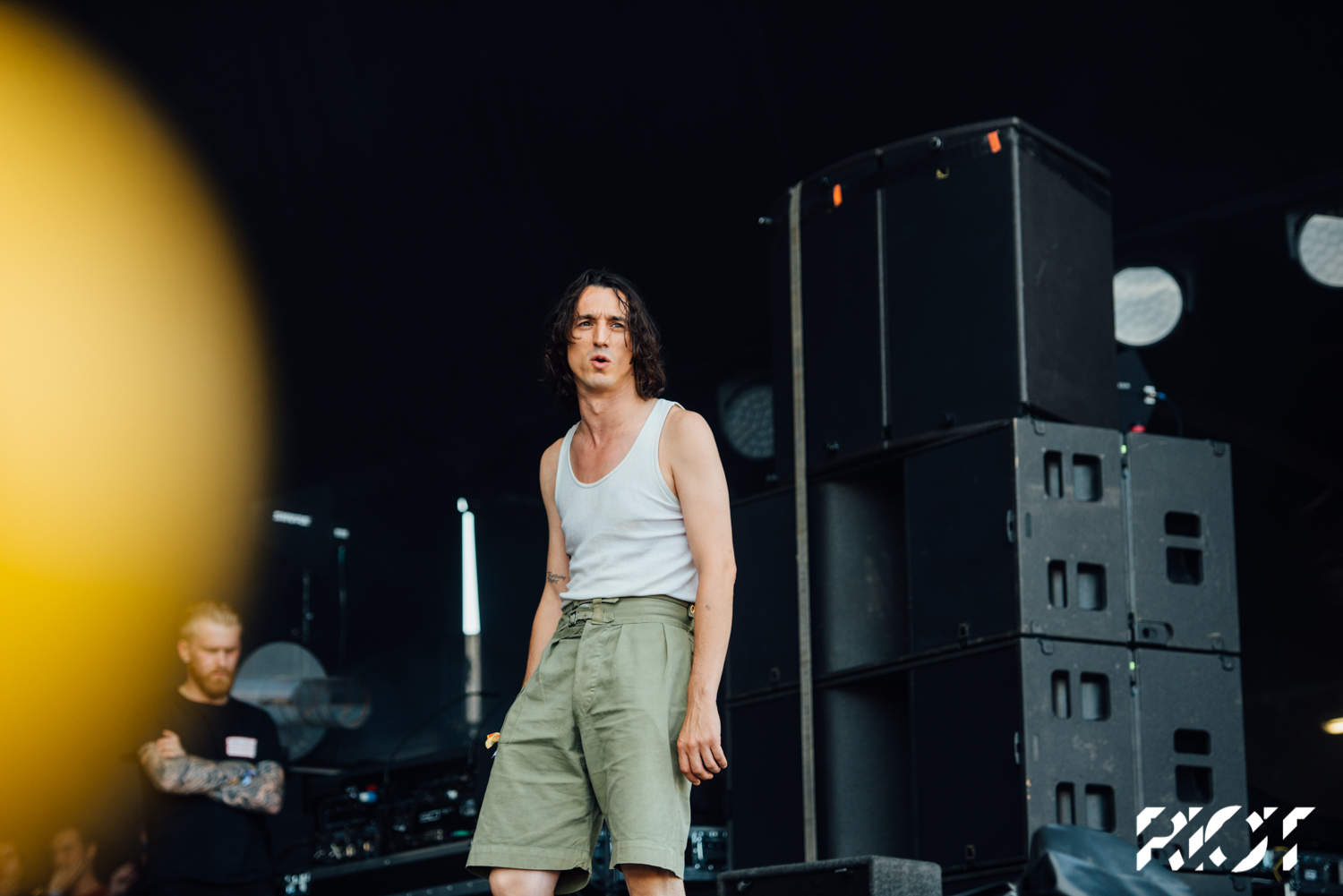 Fat White Family would appear to be the most unlikely of main stage performers; with an aesthetically confusing band image and a unique brand of deranged indie. The group however, who formed whilst squatting in a South London pub, captivated and converted any cynics in the crowd.

Archaic indie-goths The Horrors braved the 28 degree sun to perform an enjoyable set for a lukewarm audience, as is often the case at these 1-day events.

Although the vast setting didn’t suit their intimate, textured sound; the Southend outfit left the stage on a high with indie dancefloor filler, ‘Something To Remember Me By’.

Poor locational infrastructure left a bad aftertaste for many of the attendees, with large groups of festival-goers missing their travel plans and taking to social media to berate Citadel.

Citadel still has a distance to go before it could be considered a pillar of the London music calendar, with clunky, eclectic lineups keeping the event firmly in the shadow of its sister event, Lovebox.

A handful of great bookings did make the trip to West London more than worthwhile, however, and securing Tame Impala’s only UK performance of 2018 certainly gave the day a much-needed sense of occasion.

That’s right, My Chemical Romance are finally coming back to the UK! Having spent...

As Florence + the Machine emerge on Saturday evening for their headline...