Only half an hour north of London, in Hertfordshire’s Bygrave Woods, all perception of location melts away. Nestled in the dip of rolling hills and woodland horizons plashed with emerald green, there’s no trace of the city – bar the drink prices.  Now on its 9th edition, Farr began as a congregation of ravers and selectors coming together in celebration of dance music and its communal power. Whilst this spirit is still driving it at the core, a hunger for profit has become visible.

Services are shaved off wherever possible, with just three staff members searching new arrivals, if only to enforce the harsh 12-can limit on alcohol and total ban on spirits. Shower passes had a hefty price tag and required a two-hour wait before midday, with none available for free. Campers desperate for a wash attempted to rig waterpoints up like New York fire hydrants, before half of these were removed on Saturday morning in the midst of a scorching heatwave. Independent ventures must maximise their profits wherever possible and the organisers tried to create, but corners were cut at Farr.

First port of call in the arena was the House of Dinosaur, an outrageous voguing collective who partied from weekend start to finish. On the Factory mainstage, a courtyard of shipping containers, Jacques Greene’s charming yet edgeless offering is obliterated when DJ Stingray takes to the stage Thursday evening. It’s the equivalent to Slayer after Mura Masa, and a testament to the flexibility of dance fans that the bulk of them aren’t sent running Detroit steel forged in Berlin, Stingray’s 140bpm shudders are jumper cable shocks, eliciting movement with brute force. Amidst this genre-melding, if Farr had one common denominator in its guests, it was Tom Misch. One of the year’s greatest breakouts with his record Geography, the London crooner’s Friday evening set was honey-sweet guitar affair and a welcome time-out. 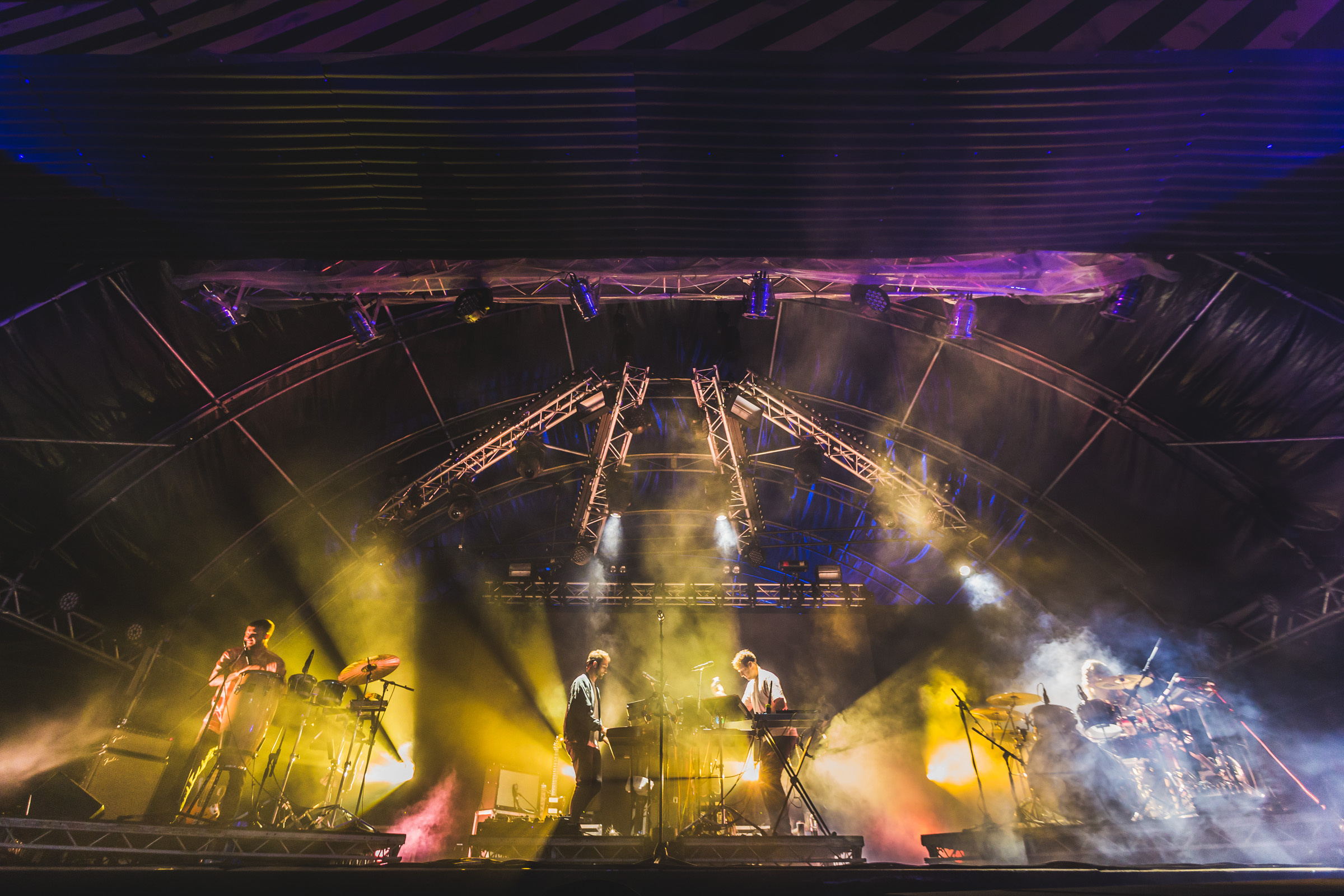 Only a salvo of acts over the weekend operate without decks, with varying success rates. Mount Kimbie’s warped krautrock beats, coupled with analogue vistas of twilight clouds and cityscapes, were primed for lift-off until they threw their own vocals onto the King Krule-featuring ‘Blue Train Lines’. Though no means bad, bereft of Archy Marshall’s granite vocal the momentum Kimbie had been building derailed. In contrast, Maribou State offered up glimmering electronica, effectively a homecoming show for Hertfordshire group that ended in a storm of confetti and hands thrown high. Another highlight set came from George Fitzgerald, a veteran of Farr’s early incarnations. His debut live ensemble conjured up dazzling renditions of cuts from new house-wonder record All That Must Be, bolstered by outstanding performances from touring vocalist Obenwa.

At any hour of the day, time at Farr is best spent in the woods, coated in dust and glitter. Mr G, the selector with the greatest beard in the game, was a joy in the woodland courtyard of Ma Dahu’s and Job Jobse’s night-time manoeuvres united hundreds in belting out New Order’s ‘Bizarre Love Triangle’. Originally the mainstage, the Shack’s tunnel-like walls and tree canopy provided an intimate space, elevating Roman Flugel’s bleep wizardry as to invade your headspace. Previous editions of Farr carry the ghost of sound limitations, infamously ruining Floating Point’s headline set the year prior, but this weekend the impeccable sound systems roar all the way to 6am.

Outside the woods, the arena offered minimal shelter from the heat. Many sheltered in Camp Headspace, the ‘chill tent’ meant for yoga but ended up full of bodies in the heat, snoring to ambient techno. Others resorted to crawling underneath food vans and other vehicles, recovering from successive heavy nights. On Saturday afternoon the festival split in two, half to see man-of-the-hour Gerd Janson and the rest walking an hour out to Baldock and the surrounding villages to watch the England vs Sweden game – Farr provoked outrage when they charged punters to watch the game onsite. Croatia may have shattered England’s dreams of it coming home in the semi-finals, but during the festival the dream was well and truly alive, with Octavian blasting ‘Three Lions’ during his set, with constant chants and remixes playing throughout the weekend post-win. 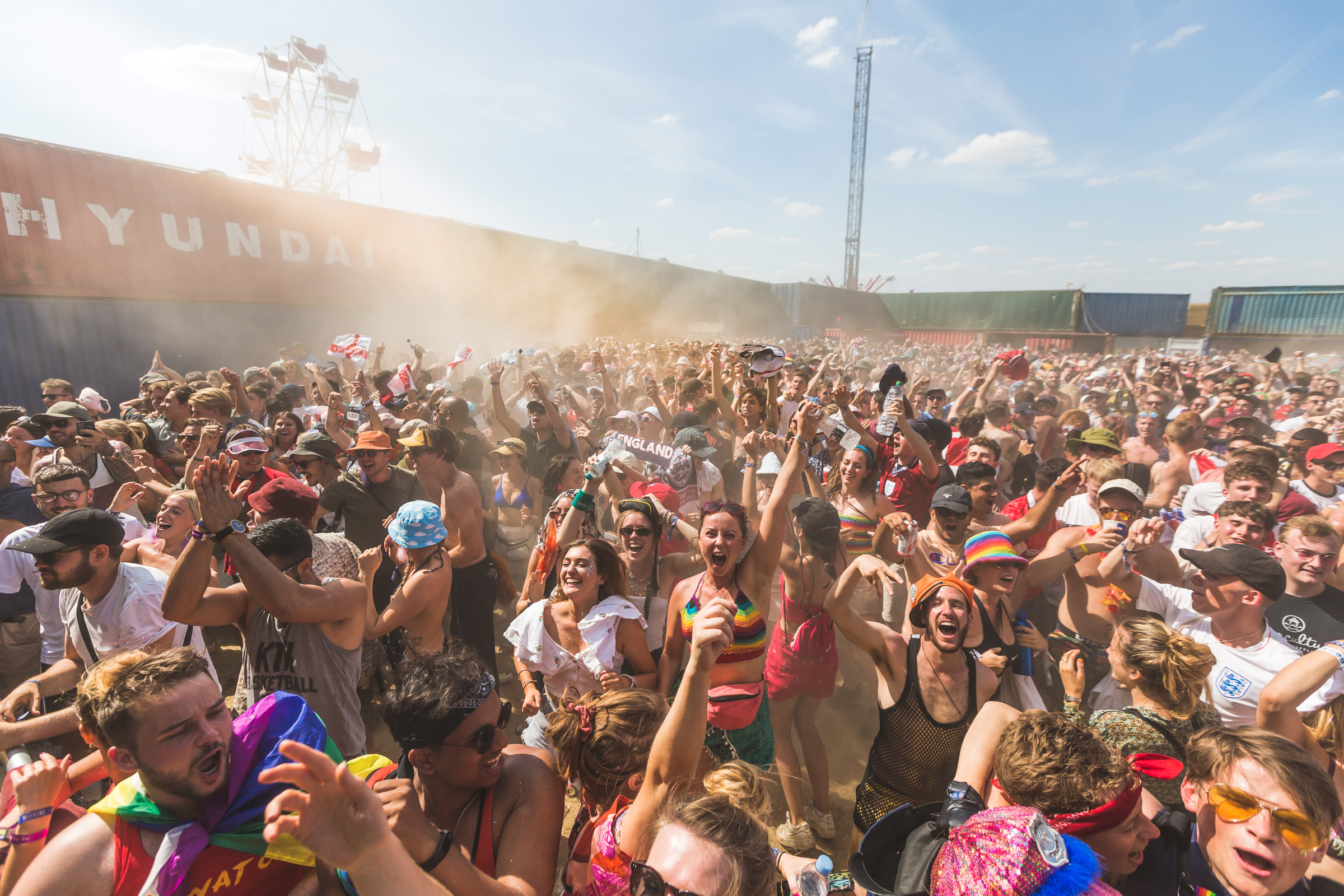 Without doubt, the song was the weekend was O’Flynn’s marvellous ‘Tru Dancing’, setting off chain reactions whenever it landed. To the people of Farr’s testament, it never took much to get them moving – hypnotic light shows and heavy bass are great motivators. Sunday night’s double tap of Antal and Hunee was a finale you’d be hard pressed to beat. The latter must be one of the finest DJs currently around: 20 years in and his performances remain a pure joy, commanding the Factory for two hours. A Hunee set lures you in with light tech, before giving way to a goldrush of pounding disco and undiluted euphoria, getting there via breakbeat, acid; anything he can think of.

In a post-Bicep world, dance music finally has the power to sell tickets on par with mainstream festivals. The last few years have shown a newfound demographic, and their hunger for boutique experiences and this may explain Farr’s organisational blunders, expanding quicker than logistics could keep up. Competition in this area is stiff, from the likes of Gottwood and foreign festivals such as Dekmantel, but with the impeccable list of names they curate each year, there’ll always be a place for Farr.