Making for one the year’s standout new additions to the UK festival circuit, FORWARDS have burst out of the gates with intent: packing a strong lineup and the early glimmers of an event which has its eyes on the long haul.

It may be the fifth biggest city in the UK, but Bristol has always held onto something of an outsider status when compared to other heavyweight metropolises. No Bristol football club has graced the top division in forty years, and it is currently the largest city in the country without a stadium or arena with which to host huge artists. With an ever fruitful music scene coughing up acts as diverse as Massive Attack, George Ezra and IDLES, as well as an abundant conveyor belt of electronic artists, Bristol is long overdue a festival to call its own.

Booking two headliners which can be regarded as – at best – fan favourites and – at worse – overly safe bets, FORWARDS’ real magic appears further down the bill; starting with one of modern pop’s brightest and best, Charli XCX, taking to Stage 1 for a mid-afternoon set. Charli brings the party and cultivates an energetic atmosphere, which is no mean feat when taking to such a large space in the cold light of day. A couple omissions from the set (Boom Clap anyone?!) only serves to highlight Charli’s incredible hit rate over the past five years or so. 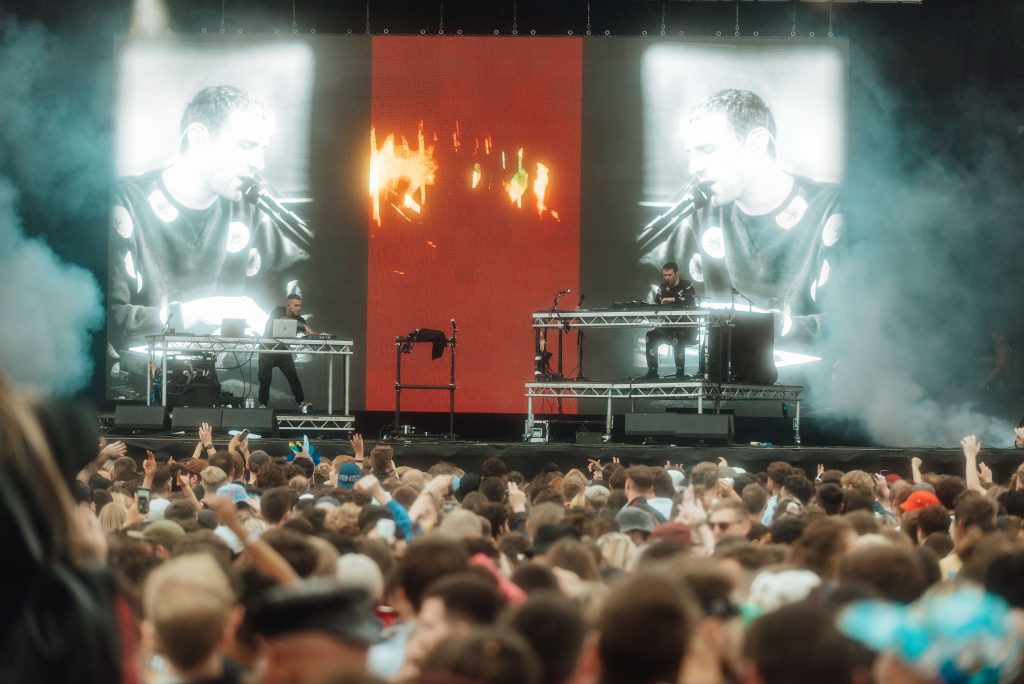 As the afternoon progresses, revellers are faced with the heart wrenching toss-up between Khruangbin and Fred Again – a proverbial Sophie’s choice of fast-rising festival royalty. Performing to packed crowd on the second stage, Fred receives one of the biggest cheers of the weekend before even stepping out, as red-filtered screens livestream his walk-on to rapturous applause. Opening with ‘I Found You’ before introducing himself in lowercase lettering on the screens, the pop hitmaker – who has worked with the likes of Ed Sheeran and Little Mix – illustrates why he is being taken so seriously as a visionary of electronic music. First-person cameras framing his face give a hint of intimacy which is rarely found within a DJ set, as Fred sings his vocal hooks live and frantically hammers drum pads as he tears through his two part Actual Life album. Shoutouts to his Bristolian tour managers between broadcasting a series of homemade video clips of friends and fans give Fred’s performance a colouring of community spirit. And, as an army of fans climb upon one another’s shoulders in the rain for ‘Marea’, Fred’s set reaches a crescendo which tops any live experience we’ve seen this summer.

The ever-elusive Jamie XX tops Saturday’s billing, with an understated presence throughout his set. Through his Mercury-nominated In Colour album (his only solo full length to date), Jamie bridged the worlds of electronica, pop and indie in a way that few had done before him – earning him bucketloads of good favour with all three tribes. Seven years since this LP, however, there is a sense of stagnation about his performance. Opening with new single ‘LET’S DO IT AGAIN’ before packing his setlist with covers means that this is very much a Jamie XX DJ set and, as talented a DJ as he may be, falls short of rising to the status of festival headliner; making for a performance which is enjoyable, but little more than that.

Sunday offers a fantastic range of artists, each of whom are making the UK music scene richer for their unique personalities: from early performers Connie Constance and Billy Nomates, to the jumpsuit-clad degenerate funk-punk of Warmduscher. “This one goes out to all those half assed drug dealers who never show up on time” frontman Clams Baker jr. announces to the early afternoon fusion of families and inebriated onlookers getting into the festival spirit.

Self Esteem and Roisin Murphy both pull exceptional crowds on Stage 1, as the latter pounds through a setlist of dance-pop classics from her thirty year career. Throughout numerous outfit changes and reimagined versions of her hits (the slow-build percussion of ‘Sing It Back’ in particular engulfs the field in raptures of jubilation), Murphy proves that she is still a top drawer booking for events of this scale… as if there were any doubt. 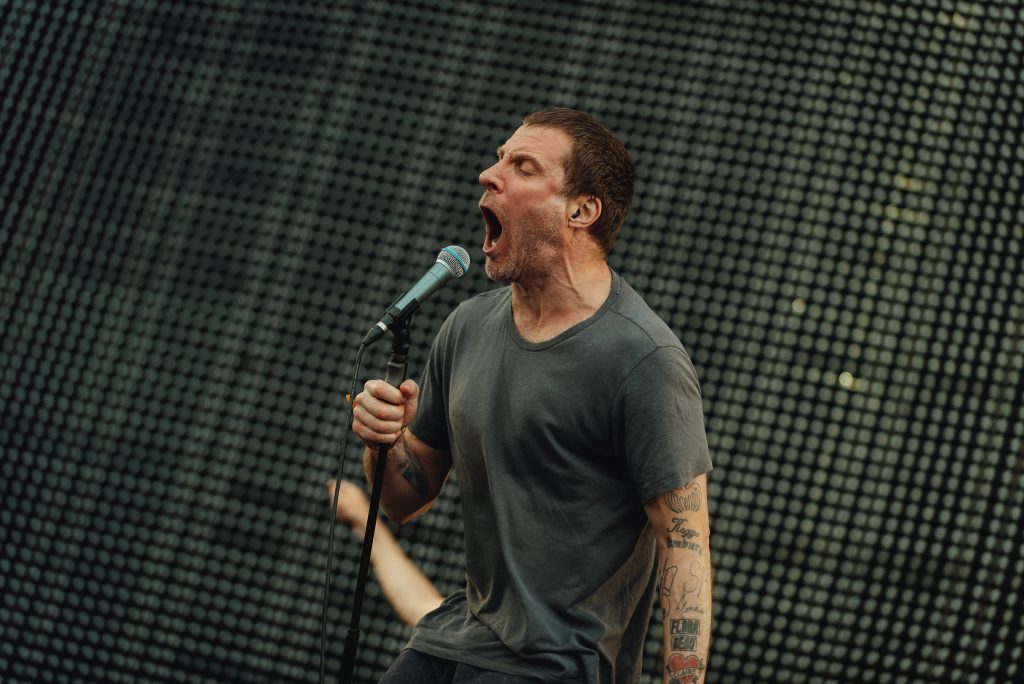 Sunday’s highlight arrives courtesy of Nottingham duo Sleaford Mods. Producer Andrew Fearn dances maniacally across the stage in a fashion reminiscent of Nirvana’s famed headline performance at Reading Festival, as Jason Williamson spits and squawks his way through petulant accounts of penury and pessimism. Offering bemusement and enlightenment in equal parts to various portions of the FORWARDS crowd, there is little doubt that Sleaford Mods leave with more fans than they arrived with, and we challenge you to think of a more Bristolian act who are not, in fact, from Bristol.

Chemical Brothers step up to the (rather early) plate at 20:30 to see out proceedings. Whether it is testament to the strength of their booking or to the quality of performance that has already taken place at Clifton Downs today; the crowd are a tightly coiled spring ready to go by the time their set commences with ‘Block Rockin Beats’. World-beating visuals accompany each track, as Tom Rowlands and Ed Simons deliver a hefty setlist of bangers. Some teething problems – perhaps to expected from the inaugural event – rear their head, as lasers and other extra-curricular accompaniments designed to synchronise with the duo’s backdrop miss the occasional beat. As Chemical Brothers see off their set with ‘Swoon’ and ‘Galvanize’, however, it’s safe to say that they leave only mass euphoria in their wake

It’s never easy for a day festival to forge a concrete sense of identity for itself, nor is it easy to book a roster of artists that compliment one another without feeling samey. It’s clear from this weekend, however, that FORWARDS are well on their way to creating a mainstay that the beautiful city of Bristol can be proud of. This will undoubtedly be one of the first dates that we circle on our festival calendar next year.

a RI-ku: guns n roses, then.  self-confirmed for glastonbury in the cold...