Though not a prerequisite, Live At Leeds is all about the best of Britain, championing the new and celebrating already beloved acts, outstripping the city festival competition. In the spirit of SXSW, the city transforms into a festival ground on May Day weekend and under sunny rays the Leeds metropolis is glorious, with the thousands of festival-goers sunning themselves in the parks between sets.

RIOT favourite SHEAFS launched the day in the sweltering cellar of Hyde Park Book Club and within minutes a riot squad materialises in the crowd. Frontman Lawrence Feenstra launches himself into the mesh of limbs as he desperately clings onto his tambourine, grinning the whole time.

Toting matrix visuals, psyched-out projections of whales and coordinated raincoats, Superorganism are the festival’s hype booking; a group that connected over web recording sessions from across the globe. Team leader Orono Noguchi paces slowly and delivers half her lines over the vibrant synths with eyes shut. Not out of nerves; whenever she addresses Leeds University’s dark basement she riles them up like an MC, demanding more and getting it.

The line for indie darlings Peace wraps around the entire O2 Academy, a line of ants jostling in the heat to get inside. Launching the mainstage at 3pm with no lead-in was no biggie as all the old tunes go off, and six years on ‘1998’ is still the sinister banger it always was. But after five years of on/off activity, it’s hard to see Peace as the generational mouthpiece Harrison Koisser agonises over so frequently. 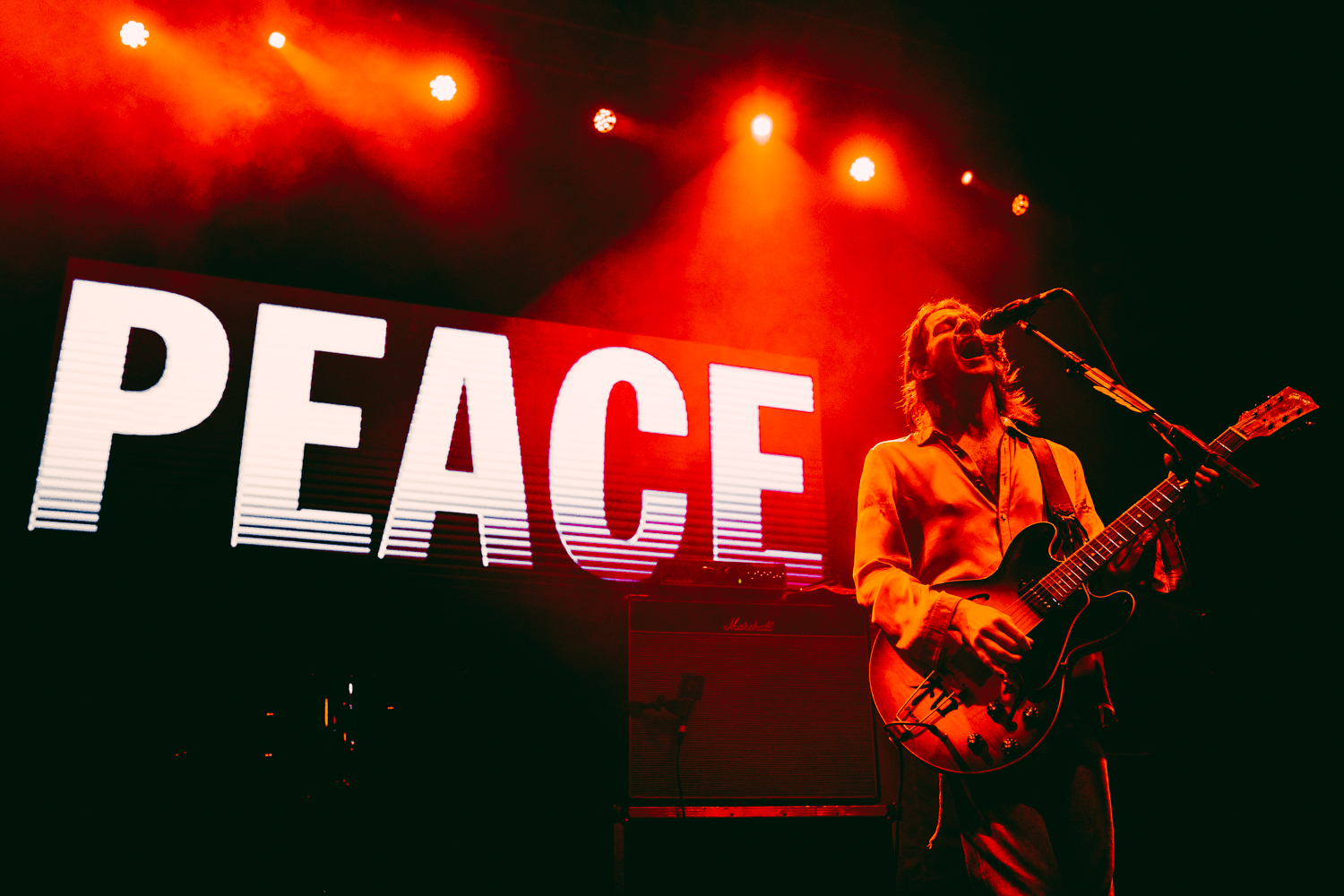 Such is the limit of a city festival that outlier venues such as Brudenell Social Club require hours for a round trip. Headrow House thankfully sits on the main causeway, a chic multi-storey that could have been plucked from the Capital, playing host to NME’s stage. Madlib-inspired Bakar is a slow burner, content to croon over lethargic surf tunes for the most part. After ten minutes of this he grins coyly underneath his beanie and dreads and he murmurs “Enough of that sloppy shit,” and comes alive, leaping off the stage and swinging from the roof on ‘Million Miles’, a flashback to Bloc Party at their sharpest.

On Dork’s Church stage, Bad Sounds are propelled by the ceaselessly entertaining brothers Ewan and Callum Merrett, channelling Bloodhound Gang in their cheeky line-trading and pumped up beats. Their Bez-hop stylings and massive hits like the acid-fuzzer ‘Are You High?’ devolve the church into rave conditions under the stained-glass windows. 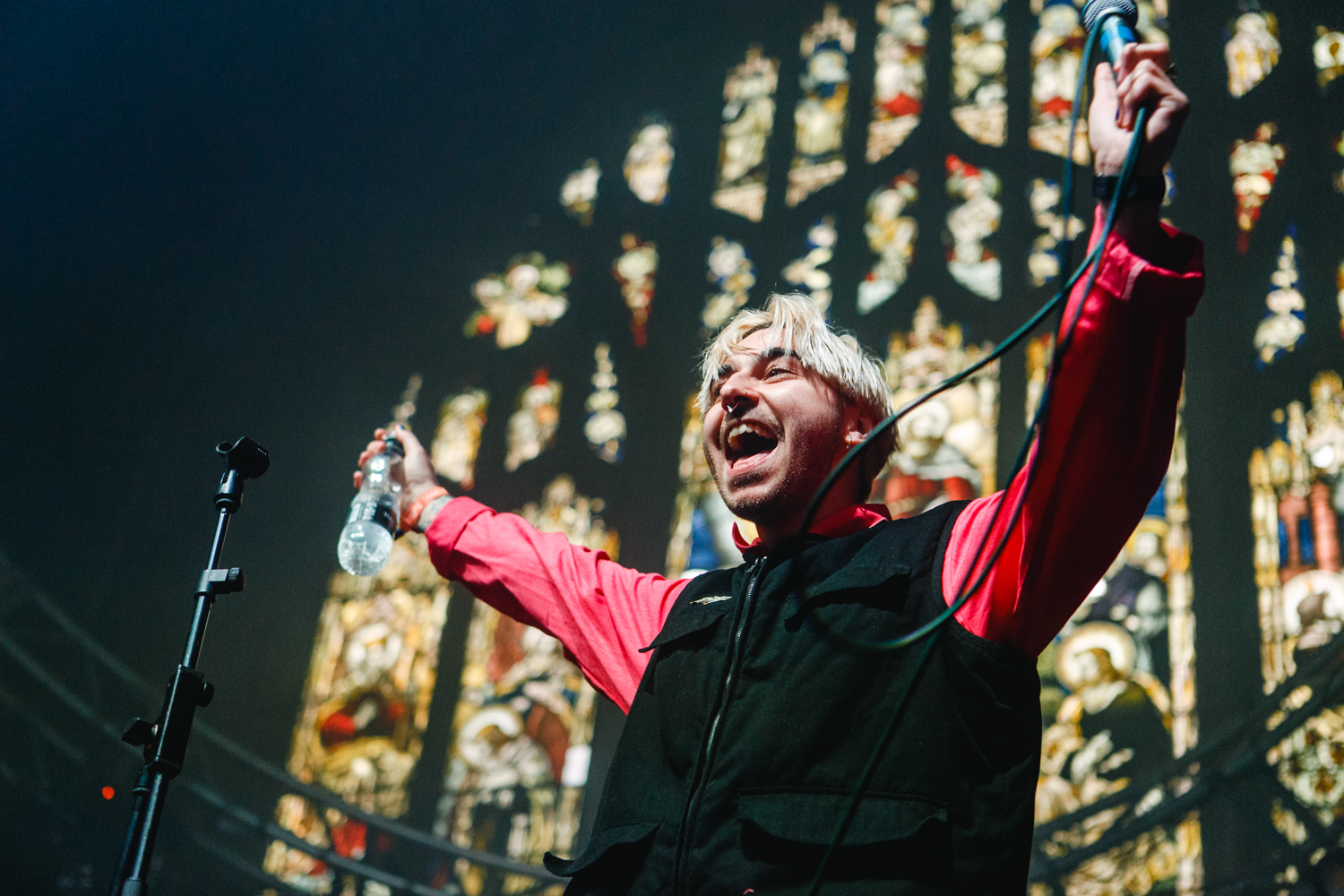 We’ve known The Vaccines for seven years now, making them a borderline legacy act in the pan flash indie scene. The fifteen-year-olds of 2011 have moved onto new sounds and less denim, but the appeal of the London rockers just goes from strength to strength. 4 albums worth of bangers means there’s no easing into it; from the off eardrums are ringing and the Academy is soaked in sweat and overpriced pints. Indie might have died but so did detached ‘cool guy’ Justin Vernon, who now fully embraces the pop frontman within and it’s an absolute joy, embracing theatrics and conducting the crowd. It’s a magnificent set but not even the finale, as acts continue and festival goers flock to afterparties till the early hours.

That’s right, My Chemical Romance are finally coming back to the UK! Having spent...

As Florence + the Machine emerge on Saturday evening for their headline...