Remember 2008? Indie music held the attention of the public and critics alike, whilst somehow infiltrating the ranks of the trendy kids. This 4-chord class of the mid-late noughties, much like the genre that they identify with, have been lying in a dormant state with very little to get excited about, seemingly uninspired by the limitations that two guitars, a bass and drum kit can offer.

Just ten short years ago, this was the undisputed voice of youth and rebellion; the greatest half-thought-out political mind of the 21st century, Russel Brand, was still sporting the appearance of a rock-god and Pete Doherty was filling his bed with supermodels, whilst simultaneously filling his nostrils and veins with just about everything else.

Fast-forward to 2018, and the genre is followed most reliably by Dads, Radio X listeners and people like me, who still use the word “trendy”.

This state of affairs is hardly the festival fanfare that Y Not dreamt of when it first started during the peak of indie’s chart chokehold in 2006. This year’s event offered a strong roster of artists, which covered just about the whole of the 21st century; with The Libertines, Catfish & The Bottlemen and Jamiroqui all taking headline slots.

The ever-reliable Libertines took the Friday night slot and curated a fan-pleasing set, taking to the stage ten minutes early (very rock n roll) and opened with ‘The Delaney’, before easing the crowd into the set with a handful of tracks from their latest album.

As the set rolled on, it became apparent that The Libertines will forever be one of those groups that can maintain the aura of a cult band; with every album track and hidden gem of the set list receiving near incomprehensive levels of applause; testament to how impactful their early albums and very existence were to this brand of music.

Saturday night was headlined by Catfish, in what was undoubtedly the safest booking of the 2018 festival season. This is a band that has made it a mission statement to bring indie-rock back to the mainstream, albeit with the lowest level of risk and variety in their setlist possible.

The Welsh outfit are undeniably built to headline these festivals, with a large armoury of 3-minute songs that are easy to sing along to. It is no insult at all to say that Catfish & The Bottlemen are the best average band in the world at the moment; their headline performance was a very enjoyable way to spend 2hrs of the weekend, but it’s hard to imagine the group ever conjuring a historical change in the musical landscape. 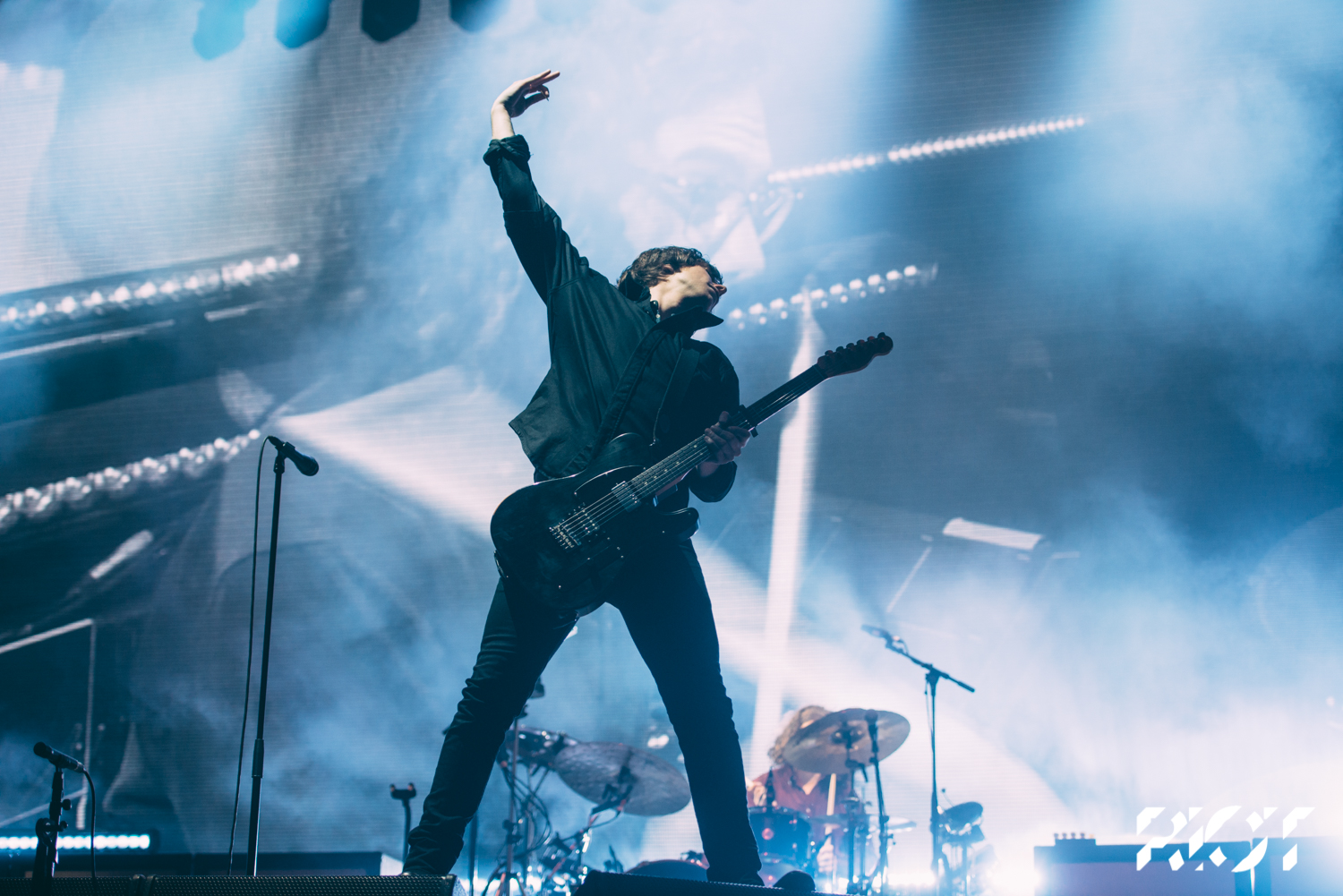 Catfish and The Bottlemen at All Points East 2018

Y Not Festival were already swimming against a tide of poor PR this year, after cancelling last year’s festival early due to poor weather conditions. The event relocated to a new venue, but failed again to prepare for England’s July weather and the main stage was closed for much of the final day, which ultimately resulted in Jamiroqui’s headline performance being cancelled.

The real excitement that Y Not offered came from the deeper, darker areas of the lineup; with the Brixton duo of Shame and Fat White Family illustrating how adventurous bands can be in 2018, both with chaotic & atmospheric live shows that offer a little bit more excitement, energy and edge then one could find on the main stage.

Frequent forced sing-alongs and an abundance of 4-pieces with very little to offer threatened, at times, to turn the festival into a themed Butlins weekend for the skinny-jeaned indie-pop sycophants of the 2000’s, with several of the daytime acts from the main stage failing to conjure much emotion at all in the spectator .

All in all, the weekend was undeniably enjoyable and offered great value at £109 per ticket. Y Not has done a fantastic job of identifying a demographic and catering to it perfectly. The responsibility now lies with events like these to bring the genre into the year 2018.

You could count the female artists at this year’s festival on one hand, and in our modern society, indie-rock music cannot expect to be considered cool again until it explores beyond the confines of white-washed male four pieces and gets braver with its perimeters.