Returning fo its third edition, Lost Village has unveiled its first round of names including Friendly Fires, Four Tet, Everything Everything, Mount Kimbie, Dixon and Dj Harvey. 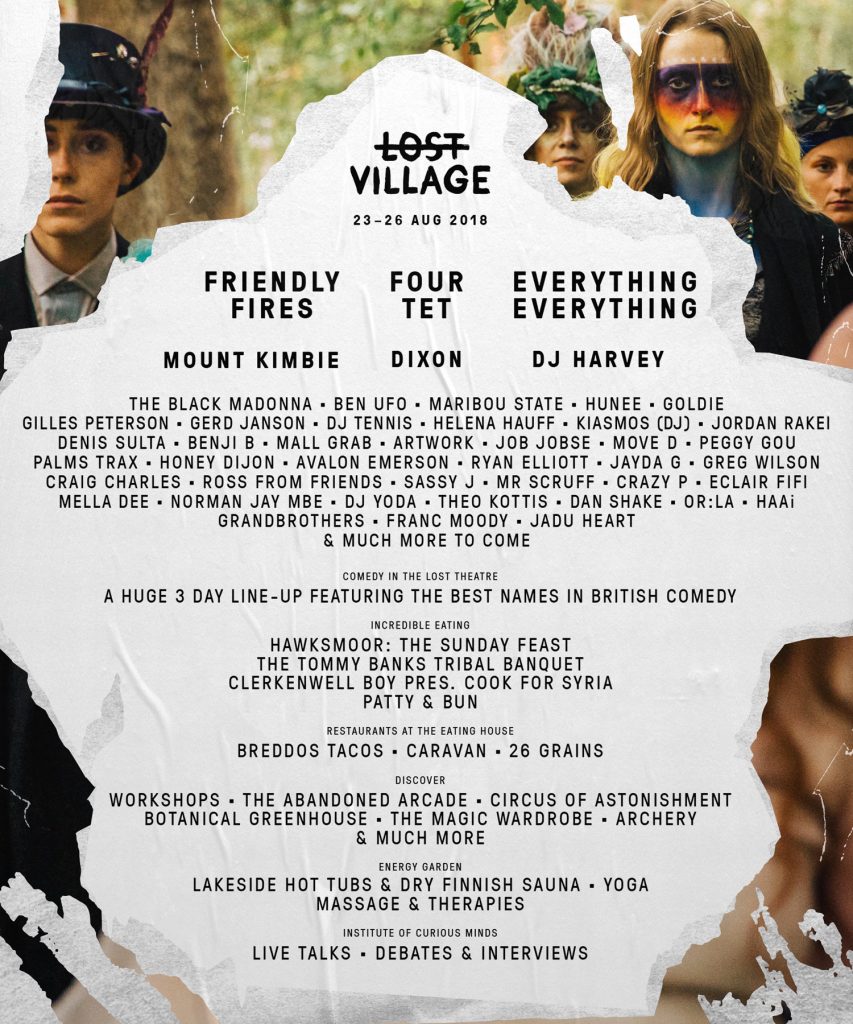 Hidden inside the Lincolnshire forest, Lost Village has been defying the status quo since it’s birth in 2015. The unique excursion sees revellers disappear into a forgotten village for four days of music, food, comedy, talks, creative workshops and relaxation. Taking place from the 23rd to 26th August, Lost Village is set to once again bring a stunning festival.

With Tier 1 and Tier two tickets for the festival already sold out, Tier 3 tickets go on sale this Friday, 26th January. For more info, a full lineup and everything else visit the Lost Village website.