As ‘Heat Waves’ keeps climbing the charts, Glass Animals have announced details of a UK tour this winter.

Following a whirlwind 2020, kicking it off with their third album single ‘Your Love (Deja Vu)’ and a surprise show at London’s Village Underground, the band’s scheduled UK run of shows to celebrate the upcoming album was cut short by the pandemic.

Now, as their breakout single ‘Heat Waves’ begins to climb the charts across the globe, the band are ready to once again take on the road. Kicking off the tour on November 8th at Glasgow’s iconic Barrowlands, the tour will take the band across the UK, culminating in the band’s biggest headline show at Alexandra Palace.

Tickets for the tour are on sale now 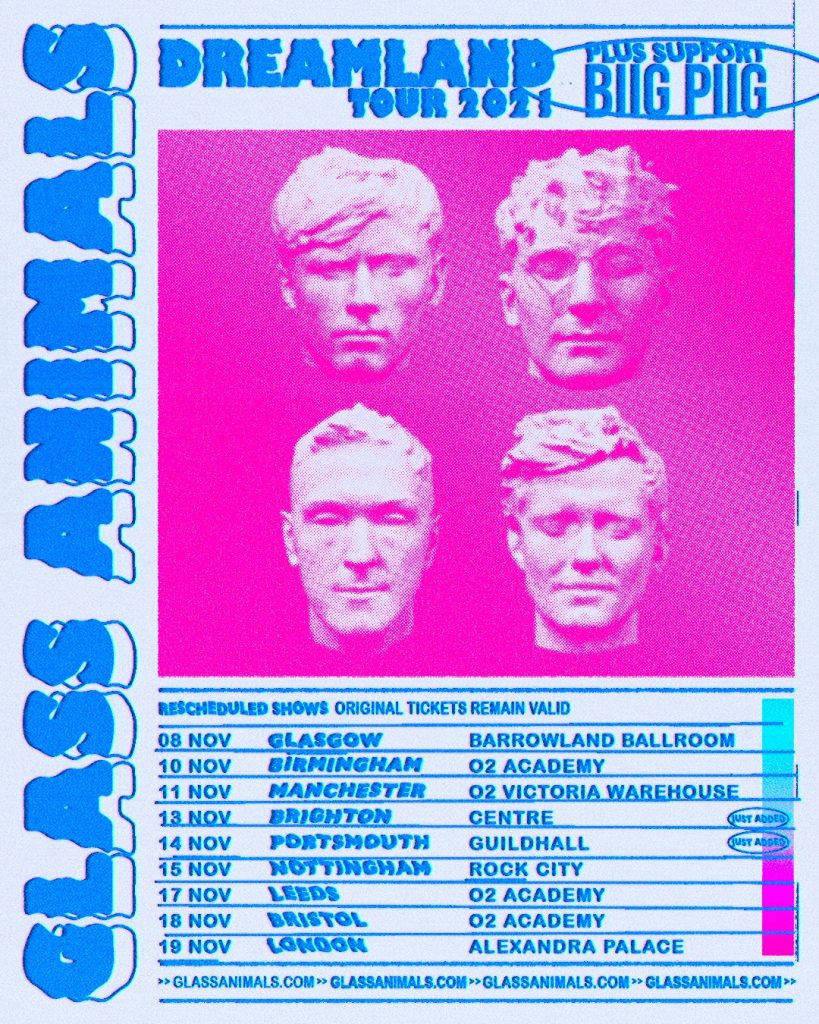 Currently ‘Heat Waves’ has the #1 spot on the singles chart in Australia for a second consecutive week, is holding strong in Spotify’s Global Top 50 and hit its highest daily Spotify streaming peak to date last week with 1.88 million daily global plays. It has over 1.8 million global adjusted single sales and 295 million combined streams and has received over 12 million views of the video on YouTube. Glass Animals also recently hit a new Spotify monthly listener peak of 16 million, surpassing the likes of Tame Impala, Gorillaz, The 1975 and The Strokes.

‘Dreamland’ is the band’s boldest album yet – a powerful and personal story that was born out of time of immense confusion and uncertainty for the band and as a result it’s an album that is very timely for the world today.