Since the internet has enabled music to each find their niche and splinter off into compartmentalised genre clans, it has become increasingly rare to find an act who truly sends ripples of excitement through the industry. Off the back of their universally-loved debut single ‘Chaise Longue‘ however, Wet Leg have got just about everybody talking.

As Rhian Teasdale and Hester Chambers take to the stage to open this year’s proceedings, they shoot one another a distressed glance upon acknowledging the sea (or ocean) of expectant revellers. Between the relief of live music returning and the immediate affection that the duo have garnered since launching in June, there is an sense of Wet Leg-mania in the air.

The Domino signees reel off one guitar-led indie bop after another in a set which features very little chat, with both band members occasionally exchanging looks of disbelief at their cacophonous reception. Whether they have one single to their name or a full box-set, Wet Leg have set the bar high for the year’s most memorable festival moment. With upbeat tracks that fuse the immediacy of Ramones-esque punk, the sweet naïvety of pop and the self-aware silliness of Britain’s current talk-singing vanguard of Do Nothing and Dry Cleaning, Wet Leg are simply the perfect band arriving at the perfect time.

“It’s so good to see so many people at a real festival,” Rhian announces shyly. Judging by the wall of noise that greets her every movement – the audience share the sentiment. MG

Day one continued with Working Men’s Club on the Far Out stage at 9 pm. Arriving onstage late and with the air of a coked-up 80s rockstar, the band’s frontman Sydney Minsky-Sargeant seemed completely at home performing to a packed-out tent. The Yorkshire synth newcomers took the first day of Green Man from day to night, opening with heavy instrumental numbers that quickly drew the crowd into a frenzy with their thumping beats and dark, swirling synths. The other band members stood in moody concentration for the entirety of the set as their frontman peacocked around the stage, taking off his shirt and delivering lyrics with confidence far beyond his years.

Singles such as the older ‘White Rooms and People’ and the more recent ‘John Cooper Clarke’ were played with unflinching intensity and met with pulsating mosh pits, the crowd eagerly throwing themselves into the first night of such a long-awaited festival. The band’s final song, ‘Teeth’, saw Minsky-Sargeant dive into the crowd, a look of self-satisfaction on his face. He had had the crowd in the palm of his hand for the whole set and he knew it. FH 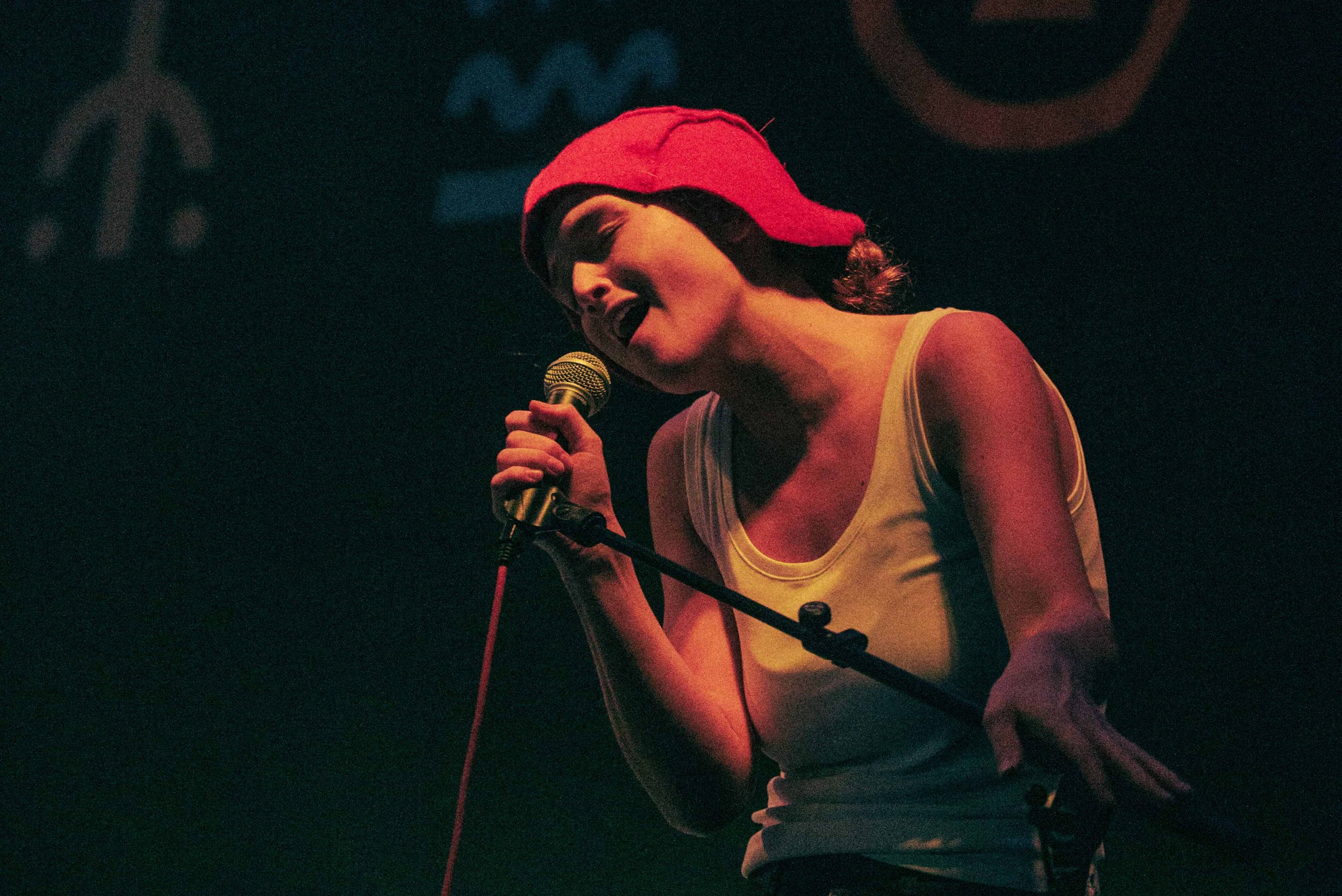 Although playing at the same time as headliner Tirzah, Jockstrap drew a sizeable crowd in the Walled Garden on Thursday night. The duo kept the energy that Working Men’s Club had created going, and visibly thrived off having such a buzzing and excitable crowd.

Starting off slightly shakily with their two biggest singles, ‘Acid’ and ‘Robert’, Jockstrap got into their stride as the set continued. Their music soon separated the wheat from the chaff, proving far too avant-garde for many in the audience. Unsurprising, considering everything Jockstrap makes pushes musical boundaries to their limits and shocks even the most open-minded listener with its incongruous mix of Georgia Ellery’s soaring vocals and Taylor Skye’s unpredictable hyperpop production. For those well-versed in the unorthodox ways of Jockstrap, however, the set was a triumph, experimental pop at its finest.

The highlight of the set was undoubtedly the premiering of a new song: Charli XCX inspired in its autotuned vocals and distorted beats, it hit all the right spots, and the audience absolutely lapped it up. One thing is for sure: Jockstrap have well and truly mastered the art of making the weird sound wonderful. FH

a RI-ku: a desert world cup, the globe’s great unifier (gays not...