There was a buzz around the tiny record store tent at 5pm as festival-goers congregated to catch a glimpse of the secret set that had been promised. In fact, it was bursting at the seams. Word had clearly got out that indie-folk royalty Laura Marling was paying a visit.

A hushed silence came over the tent as Marling took to the stage, armed with her acoustic guitar. She seemed to have a golden aura around her. With complete ease, the singer began playing ‘Held Down’ – arguably the standout track on her 2020 album Song For Our Daughter. It was a simple, gentle version of the song, and the lyrics tumbled gracefully out of Marling’s mouth as if she were thinking aloud.

The set passed quickly: she played one more song before the closer, ‘Daisy’, during which she navigated intricate guitar licks with absolute ease. For Marling, this was just a warm up for her set on the Far Out Stage with LUMP later on. And, like a figment of our collective imagination, Laura Marling quietly left the stage, and the magical moment was over almost as soon as it had begun. FH 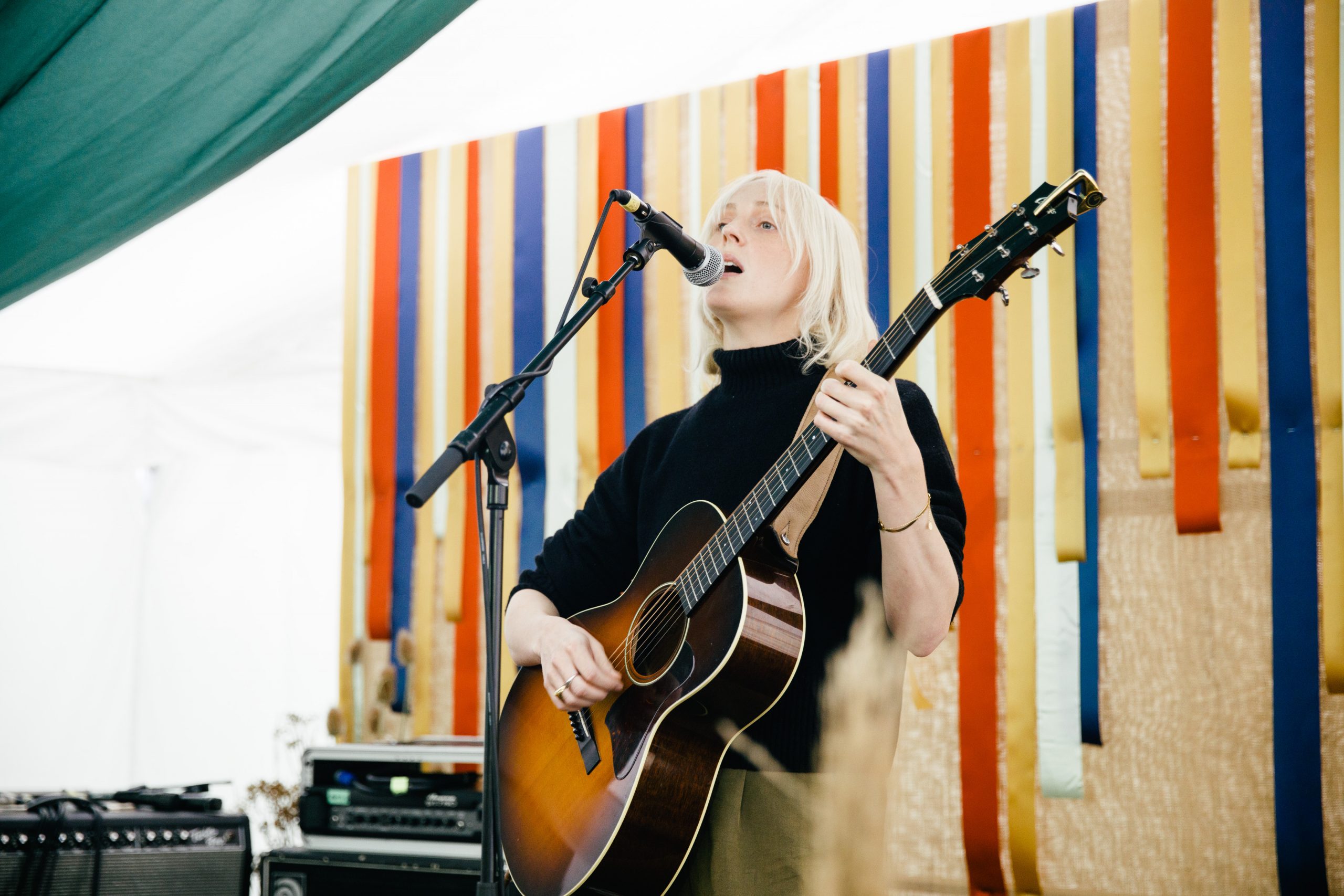 There were a handful of bands that were just beginning to break out at the start of 2020 but were sadly robbed of their first chance to play the festival circuit. Do Nothing is one of them: with singles like ‘Handshakes’ and ‘Lebron James’ under their belt and the release of their debut EP Zero Dollar Bill during the first lockdown, the Nottingham four-piece were raring to go.

Now, playing the Saturday night of Green Man at the same time as Black Midi and Gruff Rhys, Do Nothing managed to draw a sizeable crowd as their fans flooded to the Rising Stage. Frontman Chris Bailey sauntered onstage, oozing confidence in his signature brown suit, and the band launched into ‘Uber Alles’ — a welcome melodic relief after the intense dissonance of Black Midi. “This is unbelievable”, remarked Chris, taking in the sprawl of people filling the tent and stretching all the way up the hill. Like many of the artists playing this weekend, he seemed genuinely taken aback by the response to his band’s music.

Kasper Sandstrom’s mechanical, driving guitar parts complimented Bailey’s quivering vocals in a tightly dynamic blend of dark and light, the sounds bouncing off the walls of the tent as bubbles floated around the crowd. A mosh pit opened during ‘Lebron James’, and when the band played ‘Handshakes’, they were met with an enthusiastic choir of drunken voices. “We’re all back together at last!” Cried Chris during the final song, ‘Gangs’ – a phrase that encapsulated the joy felt by everyone in attendance. FH

Glaswegian post-rock outfit Mogwai are currently sat at the peak of a well-deserved career upswing, logging their first number one album and picking up a Mercury Prize nomination in the process for their tenth release, As The Love Continues.

Whether this Mogwai renaissance comes as a result of lockdown; where audiences have looked inwards with their music and explore moody, expansive sounds. Or perhaps the group’s amalgamation of fuzzy guitar digressions fused with careering song structures has returned to prominence as a new generation of artists have turned to the meandering math-rock of Slint for inspiration.

Taking to the stage to headline Green Man’s 2021 event, Mogwai open with ‘White Noise’ from 2011’s Hardcore Will Never Die, but You Will, featuring a barrage of crashing cymbals from drummer Martin Bulloch. This was followed by the looped electronic hook of ‘Here We, Here We, Here We Go Forever’, the first of five forays into the new album.

Mogwai sets are an interesting feat in curation; with ten albums worth of unrelenting booming shoegaze to their name, all of which pack enough grandiosity to close any headline performance. Utilising the Mountain Stage’s colossal lighting rig, however, the 4-piece have put together a performance that is as at home in the category of abstract sound design as it is in the the gig world.

For their encore, Gruff Rhys (who performed earlier in the day) joined Mogwai for their 2001 collaboration ‘Dial: Revenge’, before closing with the euphoric enormity of ‘Mogwai Fear Satan’.

Green Man sets itself apart from other festivals through its dedication to booking left of centre artists who can deliver world-beating performances to an audience of open-minded music lovers: it’s a fabulous thing to be a part of. MG 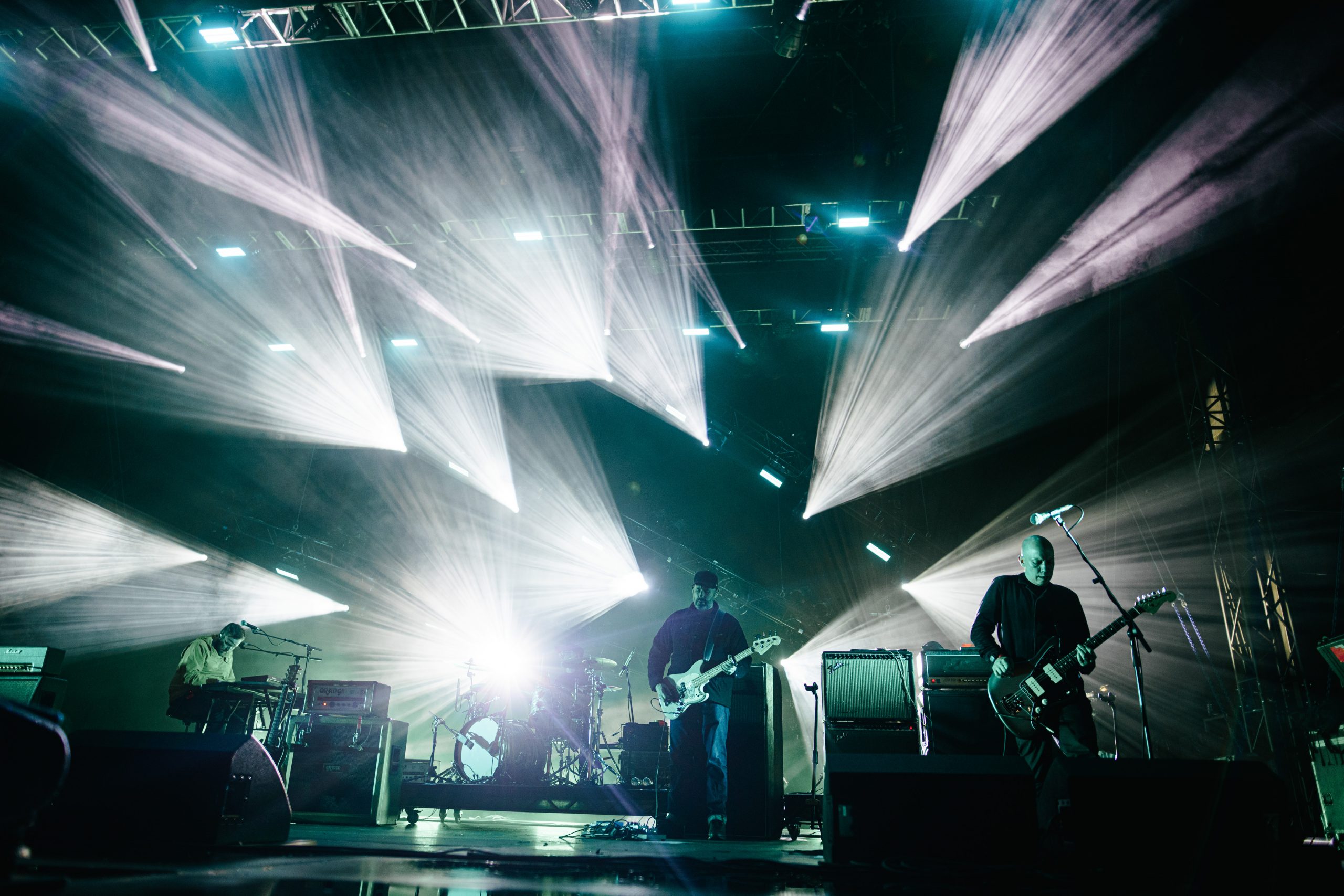 Miss our coverage from the previous days at the festival? Head over here to catch the rest of our reviews

With a jam-packed lineup of bands that have reached the lofty heights...