The Horrors announced as headliners for Dot To Dot festival 2018

Following a record-breaking festival last year, Dot To Dot is set to return to Bristol, Manchester and Nottingham from the 25th-27th May this year.

Heading into it’s 13th year, the three one-dayers will be headlined by The Horrors. Having released their aptly named fifth album V last year, the Southend-on-Sea five-piece are set to bring an unforgettable headline set to the three cities.

They’re accompanied by a brilliant lineup of up and coming bands including Dermot Kennedy, Pale Waves, Marika Hackman, Mahalia, Bad Sounds, Adam French, Our Girl, Puma Blue and many more. 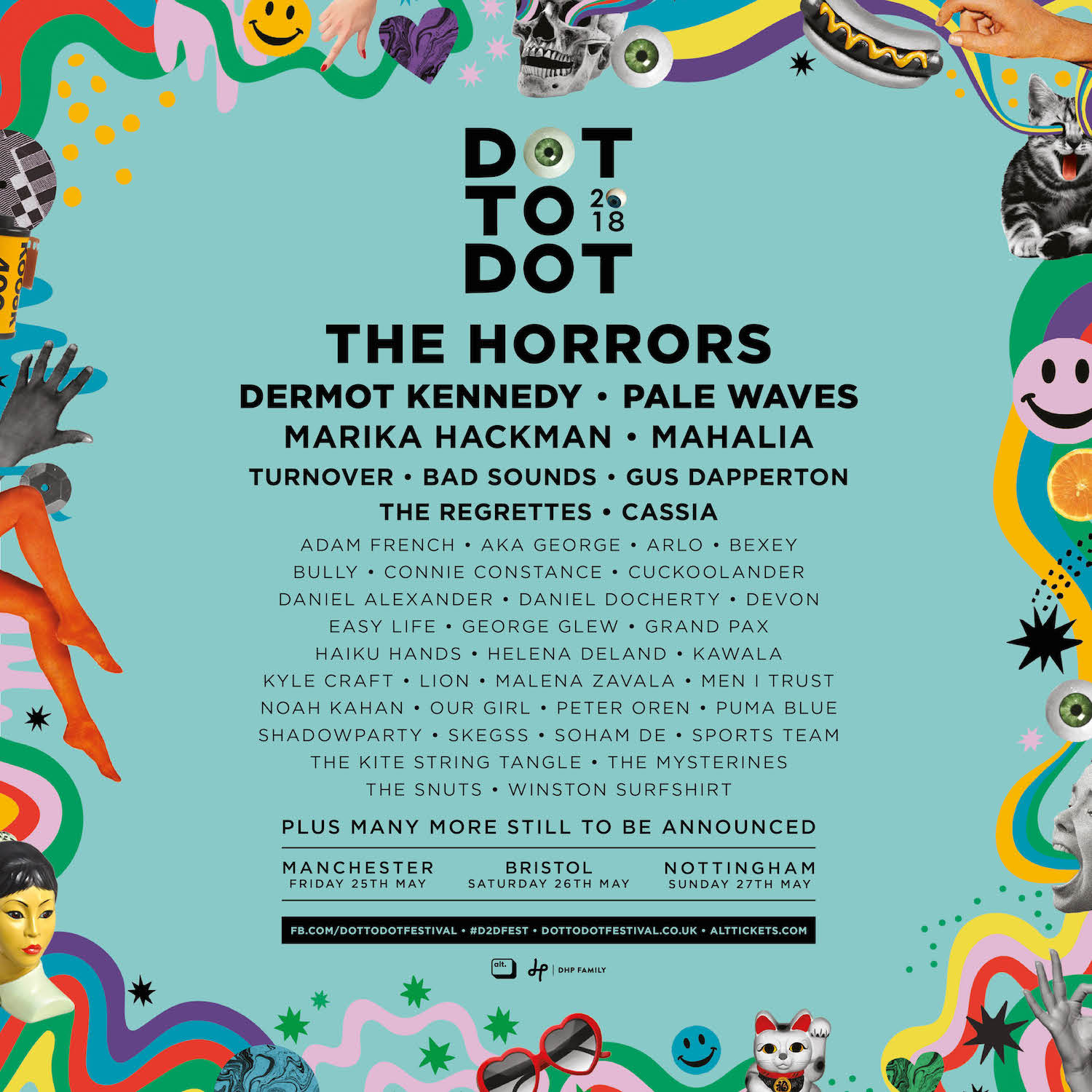 Showcasing some of the best up and coming bands, Dot To Dot is the perfect place to catch the next big thing, with the likes of Dua Lipa, Florence + The Machine, Ed Sheeran, The xx, Mumford and Sons, The 1975 and Wolf Alice having played previous iterations of the festival.

Dot To Dot takes place in Manchester, Bristol and Nottingham on the 25th, 26th and 27th of May respectively. Tickets for Dot To Dot 2018 are available to purchase now for just £13, at that price there really is no excuse not to go…