Interview: You Me At Six on shows, touting and truckin’

You Me At Six hate short answers. Or at least guitarist Max Helyer does. When I talk to him and frontman Josh Franceschi in West London, Josh smiles and notes “That was a very extensive answer for ‘how you feeling?'”. Given the quintet from Surrey released latest album Night People in January of this year after having spent the previous year and a bit in something akin to musical hibernation, they could be forgiven for wanting to ease themselves back into the lives of a touring, album releases, festival playing rock band. But there’s a smile in the look Max shoots Josh as he declares there’s a lot more left for the band to give fans before the year is out.

“We had a long period off making this record, so I think we’ve kind of recharged our batteries and we’re ready to go again,” explains Max. “It’s just… after being away for, not a long time, but it was almost a year to the day that we didn’t do a live show, it’s nice to go back and play live shows again… there’s been some great shows this year alone, and there’s a lot more to come… we’re going to Australia for the first time in two, three years, and we’re going to Mexico for the first time as well, so it’s been exciting, you know? It’s been an exciting year for us and there’s definitely a lot more left in our tank.”

It’s an impressive statement for a band who actually started touring their fifth studio album in the summer of last year – pulling off shows in destinations as varied as Plymouth, England and Cambridge, Massachusetts – at a Reading & Leeds festival to which they return this weekend, albeit with a slightly elevated slot on the billing. It doesn’t take long for a mention of their headline set on the Radio 1 and NME stage to crop up, but, asked if the higher billing adds any pressure to proceedings, both Josh and Max seem eager to keep their feet firmly on the ground. “I think if we look at it as something different, and being a bigger thing, I think that’s adding more pressure to it. If we look at it as “we’ve got to make a big deal out of this”, I think that’s when it might start to get a bit panicky and things [might] start to go wrong, whereas if we look at it as the same as every other gig we’ve played this summer, and just go out there and enjoy it, and have a fun time doing it, that’s what’s going to be best.” 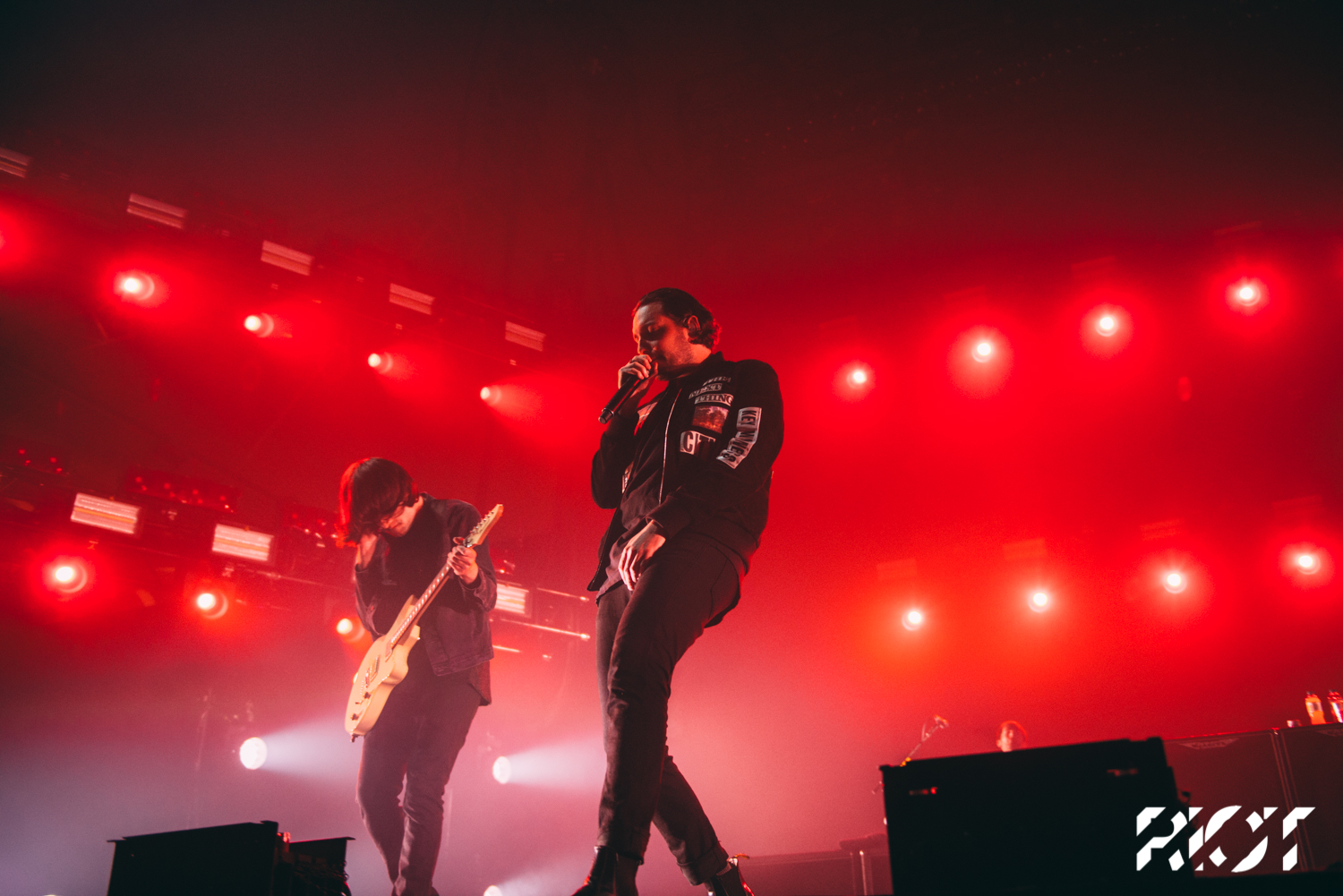 You Me At Six at Alexandra Palace this April

Despite that, there’s a hint of excitement as Josh expands. “But in regards to Reading… it is different in a way, because it’s the first time we’re playing at proper, proper night time at Reading, whereas usually we’re on about six-thirty, seven o’clock sort of time. So it’s cool to go on that late; it’ll be cool the fact that we get to just put on a show because that tent is awesome, it’s a really cool tent to play, and we’ve only done it once. There’s always a great atmosphere in there.”

After that, talk quickly turns to the secondary ticket market, and the ticket touting that surrounds live shows, against which the band – and particularly Josh – has been vocal before. “It’s mainly about it being at an inflated price, because it’s like us all living in the same village and me buying all the milk in the village for normal price and selling it all to you for like double, three times the price, it’s just not right. There’s a massive misconception – if you type “You Me At Six, live, UK” into Google right now, these secondary websites buy the Google rights to have their websites come up as the first five or six [results], so unless you know that, actually, you should buy your tickets from a See Tickets, or at aloud.com, or the band’s website or whatever, you think that we’ve actually put our tickets on sale for two, three hundred quid.”

“If that was the case, we’d be driving Maybachs!” adds Max.

Although there have been attempts in recent months to combat the industry, Josh sees two particular moments as turning points. “I think when people started reselling tickets for Ed Sheeran’s Teenage Cancer Trust gig on, like, Viagogo, for two grand, that’s when people actually went “hang on, this is fucked up”. A charity gig, you know? For young teenagers dealing with this awful, awful disease…” And it was this kind of thing that convinced Josh to take his involvement in tackling the industry to the next level, by helping to kickstart the formation of a select committee specifically designed to help make ticket prices fairer.

One of a number of regulations that was proposed was making the use of bots illegal, but Josh thinks the issue lies deeper. “It just means it’s not as easy for people to acquire the tickets to put them on the secondary websites. But if you had thirty people all online at the same time picking up tickets, you can still do the same thing. I think the problem is, unfortunately, a bit more deep-rooted than people want to accept, with regards to people in the actual industry themselves – managers, agents, artists – actually putting the tickets on sale themselves on those websites, so I think it’s just easier to stop the secondary market.”

When asked what the industry could be doing better, the answer is straightforward, but significant. “I think supporting the schemes that are being put together by people like Twickets, and also just respecting fanbases more – whether that’s the artists themselves, or people that work with them – and saying “look, if we all speak up…”, you know? I think it’s amazing that the likes of Adele and Ed Sheeran and people like that have gotten amongst it to really drive it home, but this is a supply and demand-led industry, so I think you sort of have to get people to educate their fans better.” 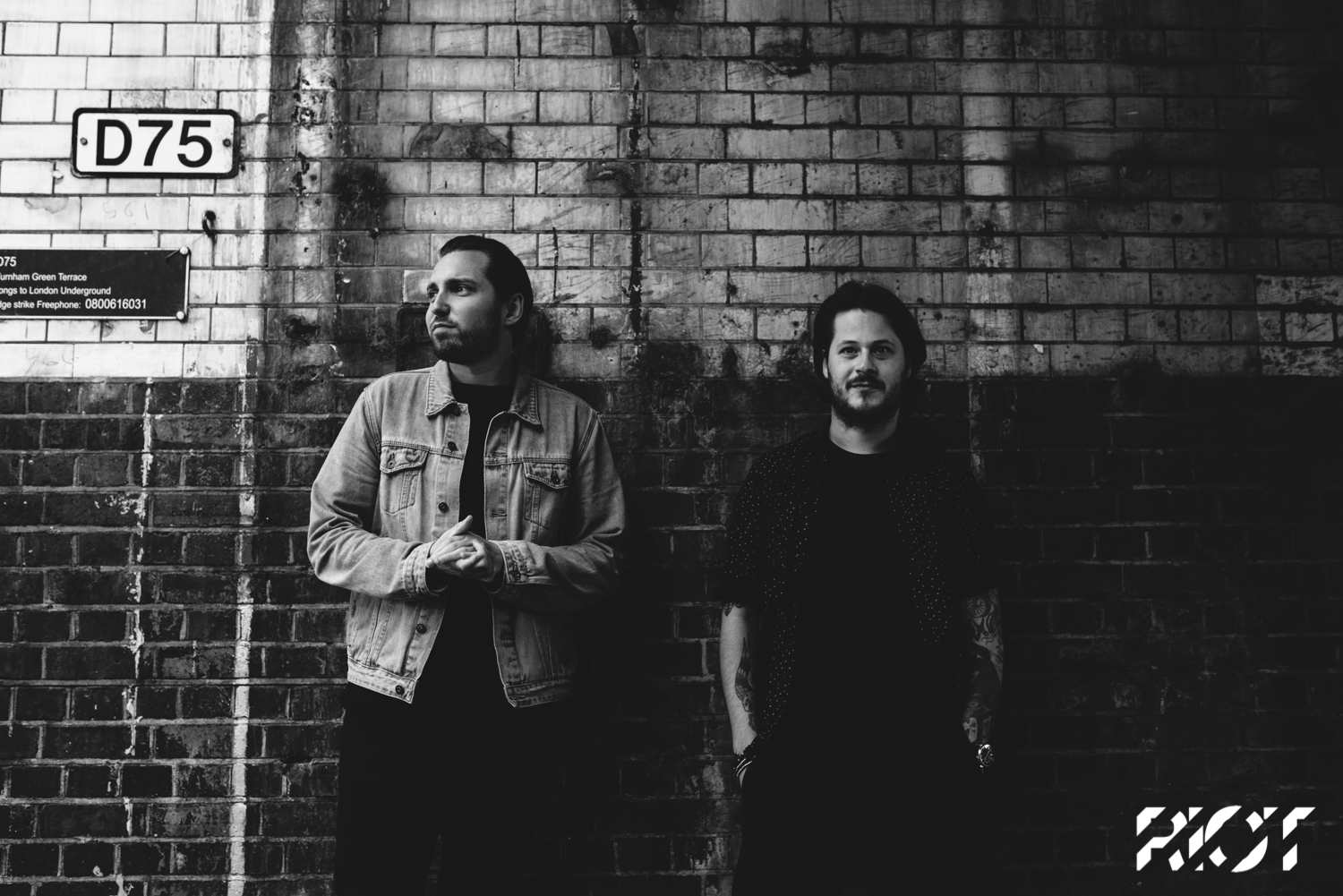 It’s the sort of statement that can be expected from a band that once personally sold tickets they’d bought themselves outside a Dingwalls gig in London, but it’s not long before talk turns to the future, and what the rest of the year has in store for the band and their fans.

“We’ve got Australia coming up at the end of the year, we’ve got Mexico for the first time, we go back to Europe again which is – considering we released the album in January, this cycle’s been going on since Reading & Leeds last summer, you know? We wanted to get back into the swing of things,” Max explains, “and I think for us now, in between the shows we’ve got coming up there’s some decent time for us to get into the studio, and I think the most important thing these days is giving fans new music. Because people consume it in such fast, quick ways nowadays that, as an artist you can’t sit there and take as long to make a record, you know? You’ve got to be giving people music. That’s what people want to be talking about… I know this even with myself when new music comes out. And if we’re not involved with that, then you’re kind of being forgotten about you know?”

“You’ve got to keep on truckin’”, adds Josh. The phrase is an apt one, and one that You Me At Six seem keen to live by, given the amount of shows they’ve already done this year, and which still await them before December. I ask if there’s any chance of the band taking another year off, and the answer from Max is emphatic. “No. I think our time off was making Night People, you know? We were having time off and growing up, and we needed to have that time off, but you can’t do that anymore. If you want to actually be successful in this industry… keep on truckin’!”.

As is to be expected given the charting within the industry of their growth from adolescents to fully-fledged grown-ups, You Me At Six sound like a band matured both in sound and in character. And one thing’s for certain: if the last year and a half is anything to go by, it’ll be quite some time before we see the end of them yet.

You Me At Six headline the Radio 1 stage at Reading and Leeds this weekend (22:20 on Friday at Reading and Saturday at 21:55 in Leeds), their latest album, Night People, is available to stream or purchase now.

This is Big Jeff's World... We Just Live In It

Having been the much-loved face of Bristol’s bustling live music scene for...