It’s brave to be a Bowie tribute act. So many people have such a fierce love and fond memory of the artist that anything slightly incorrect would be awkward. That being said, if you’re at a David Bowie tribute and expect actual David Bowie, you’re an idiot and will soon be disappointed.

Absolute Bowie confused me at first. David Bowie was sexy in a way that wasn’t directly obvious, but Absolute Bowie was not sexy. Not at all. But oh did mock-Bowie try. The mock fellatio during Suffragette City, an iconic moment, was a man too scared to get too close to another man’s crotch for a way too short a time. My friend suggested to me maybe they should kiss or do a line of coke together before the show, just to really get into the spirit. The other thing that confused me was the early costumes, especially the Ziggy-shoulder-panel-matching-set. I saw that costume online last week and you can see the foam and cheap material way too clearly which is a shame… You could also see a disgruntling amount of midriff from the ill-fitting size. Please, less of that.

That being said, the costumes did get better as did the performance and, honestly, I did have a bit of a cry a couple of times during the set. 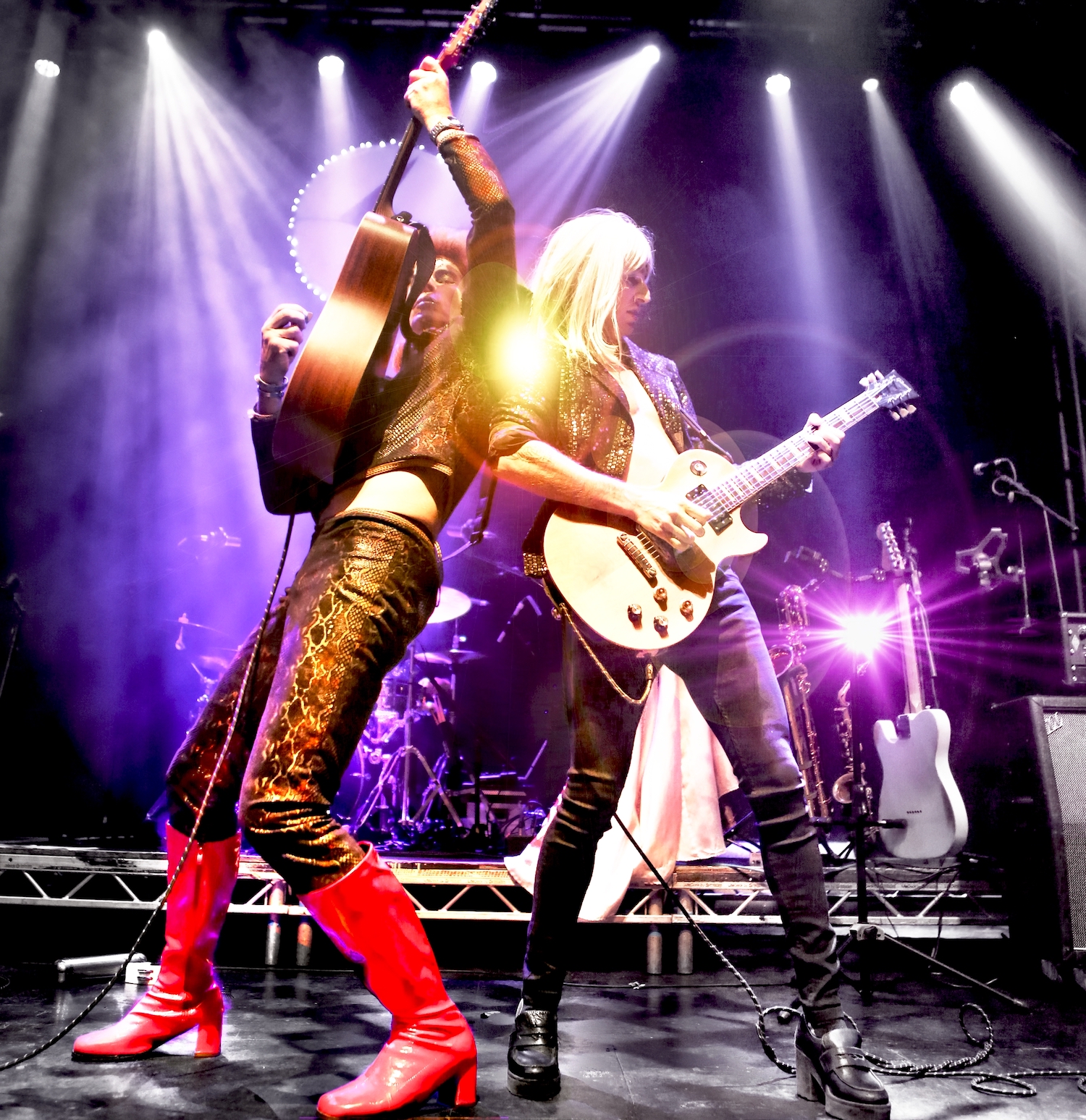 There was one thing I did notice throughout the set- the band’s musicianship was brilliant. The bassist moved from slapping the bass to fast runs and complex bass lines (Bowie never stinted on his brilliant basslines) and the drummer who honestly did one of the most impressive drum solos I’ve seen in a long time. On top of this, the saxophonist, whom fake-Bowie wouldn’t stop mentioning is a woman, was (as I wrote down) “the coolest member of the band, what a job to have, what a job”. So considering we are all there to hear Bowie’s music, they really carried through.

The setlist pretty much covered it all, from ‘Modern Love’ to ‘Young Americans’ through to the classic ‘Life On Mars’- with the exception of ‘Rebel Rebel’ (in my notes I have “what the actual fuck, where is Rebel Rebel”, but I feel the need to put it more eloquently). The setlist even managed to pull through to Blackstar (brave move) and after shedding a couple too many tears for what I was actually witnessing, I got to enjoy the closest thing to live Blackstar I will ever get to see.

Between costume ch-ch-changes (feel free to send hate mail) we even got a 5-minute guitar solo over Ashes to Ashes, which was cool but honestly wasn’t that necessary. Imagine what Sound And Vision could do there?! IMAGINE IT. There was nothing off of Low and they had the perfect space to put it in. Maybe that’s just my undying need to see ‘Sound and Vision’ live talking, but it would’ve worked ridiculously well. Just a note.

To summarise, if you take this act for what it is- a Bowie tribute- it’s a great night out and an excuse to yell Bowie songs at the top of your lungs without the threat of arrest for public nuisance and disorderly action. Regardless of what I have said so far, it takes real bravery to do a Bowie act and strut around like fake-Bowie did so phat kudos for that.

As a Bowie superfan, with a couple of tweaks, I would absolutely endorse Absolute Bowie. Any excuse to boogie to some great tunes is an excuse I will never miss.

…And if they happen to come back to London with a live set of Low from start to finish, I won’t be upset either.

Manchester’s Castle Hotel is one of the city’s finest pubs, and last...