Omeara, if you can successfully navigate its labyrinthine assortment of corridors and bars, conceals what feels like an appropriately clandestine setting in which to host Black Honey and their (badly-kept) secret show tonight. Paint and plaster peel off the walls as would the decorations adorning the walls of a monastery, while a solitary chandelier is pendulous in the middle of the room, dripping shadow on proceedings from above. When the lights are completely dimmed in anticipation of the band’s arrival, only intermittent and fleeting flashes from the luminescent ‘Black Honey’ sign emblazoned behind the drumkit provide faint silhouettes with which the crowd can make out what’s happening on stage.

It doesn’t take long, however, before Izzy stands overhead, wreathed in light, ensconced in smoke, like a priestess of an emerging religion among the arms of her acolytes, and the band kick into gear, with Izzy’s lilting, sun-drenched vocals driving both the music and the crowd. Both old favourites like ‘Spinning Wheel’ and as-yet-unreleased tracks like ‘Midnight’ are carved, coaxed and thrust into the room where the gathered masses receive them with just as much fervour as the band conjure them with, between them turning the venue into a steaming, ecstatic mess by the time the final notes ring out. 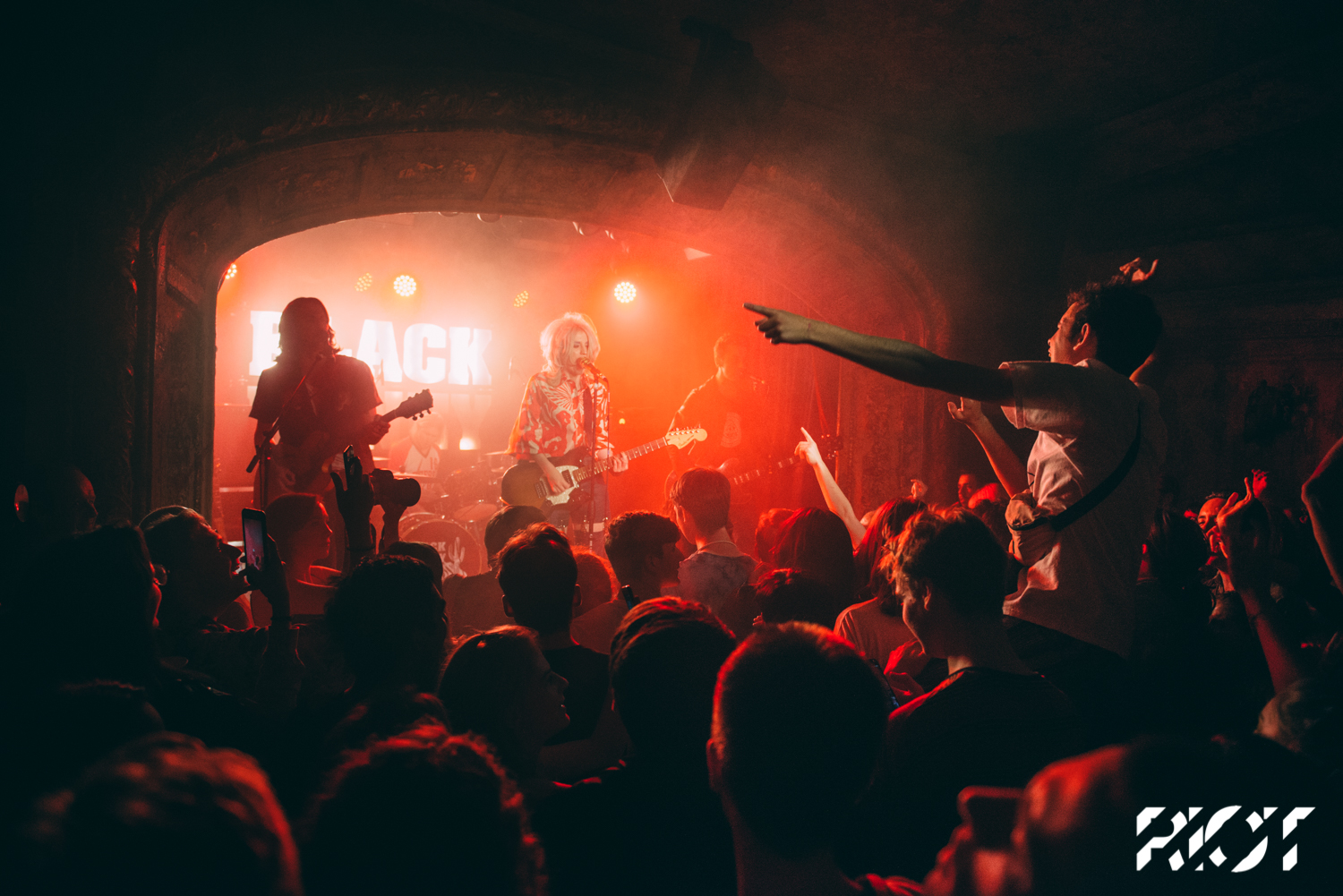 Izzy barely manages to stay on stage as a sizeable section of the crowd rushes up to join the band, and the final chorus of ‘Corrine’ gets somewhat drowned out as Izzy is similarly swallowed by the crush. But it’s all testament to Black Honey, and the passion and abandon their music ignites in their listeners, and no one really seems to mind the invasion.

With a debut album pegged for release in September, the sky is the limit for Black Honey at the moment, and when Izzy remarks that “We are Black Honey, you are the audience, this is London town. Let’s fucking do this”, we couldn’t have really put it better ourselves. 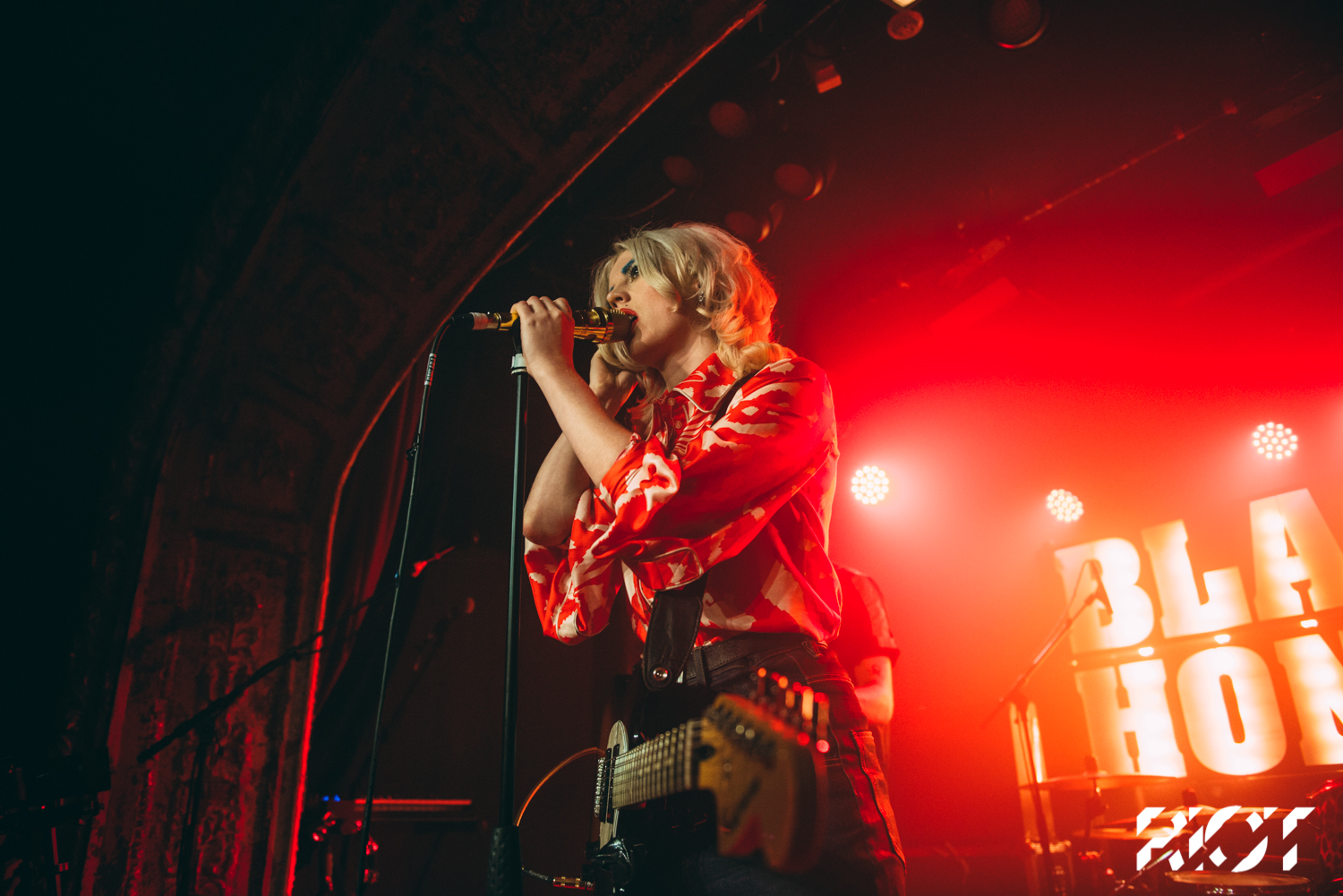 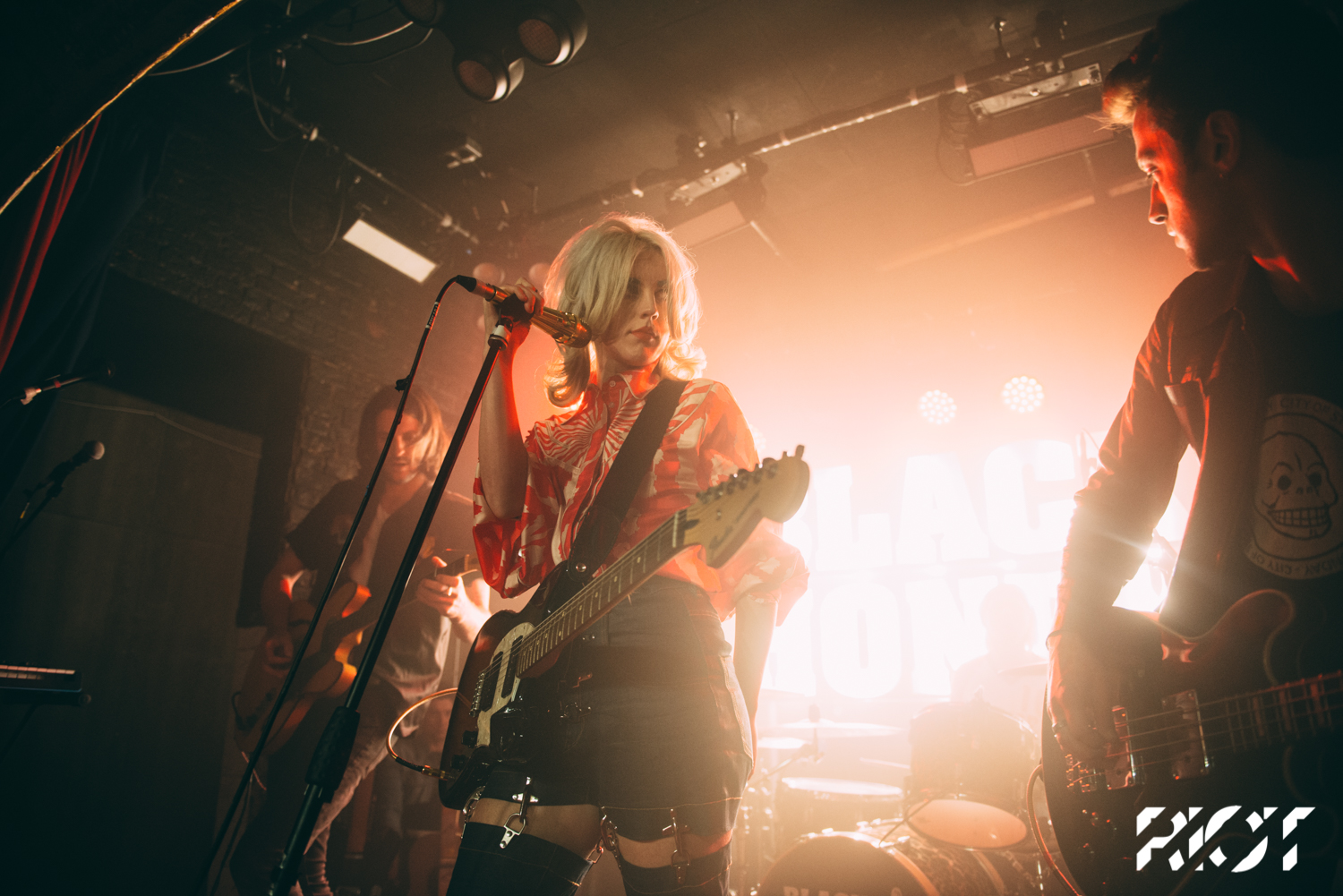 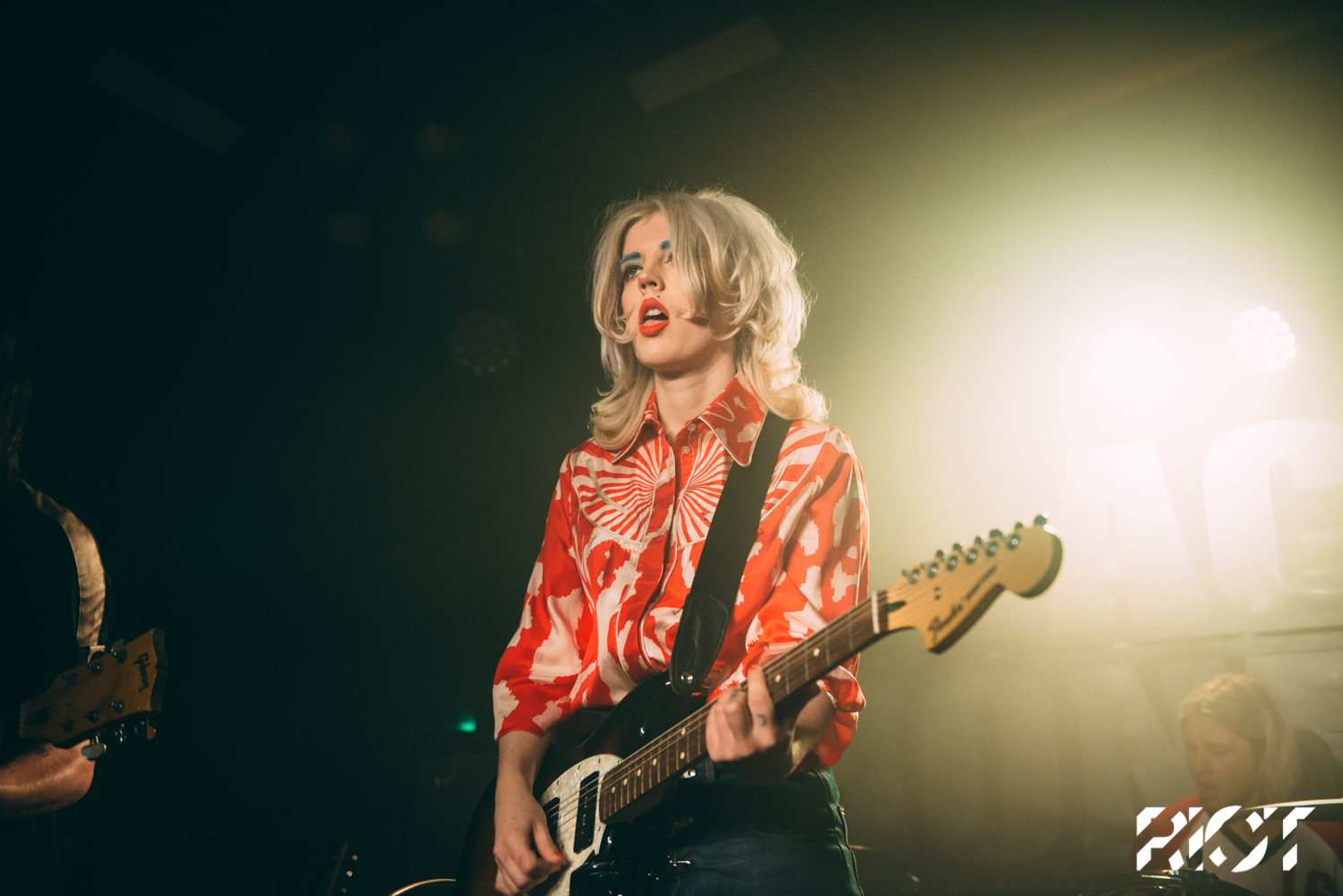 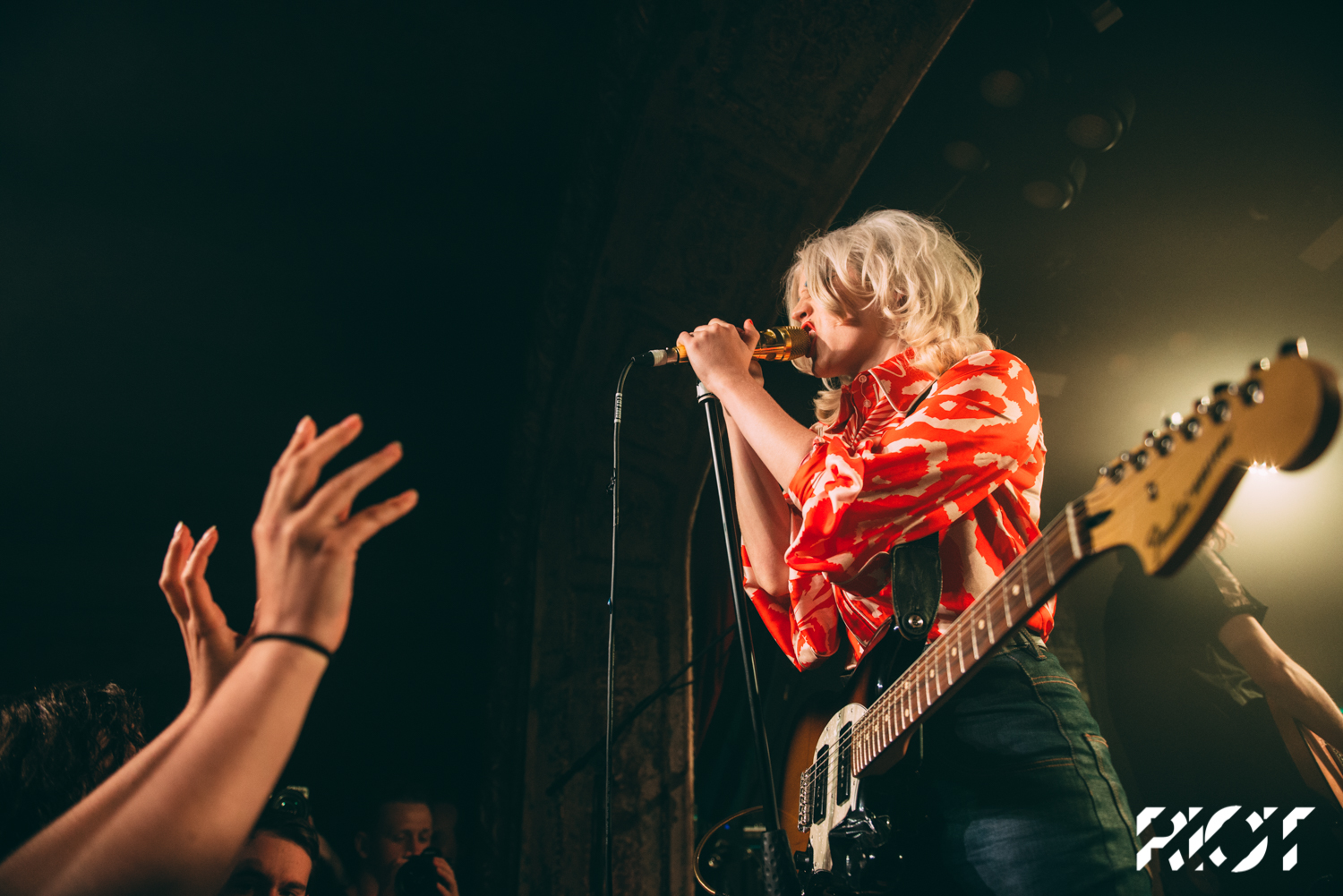 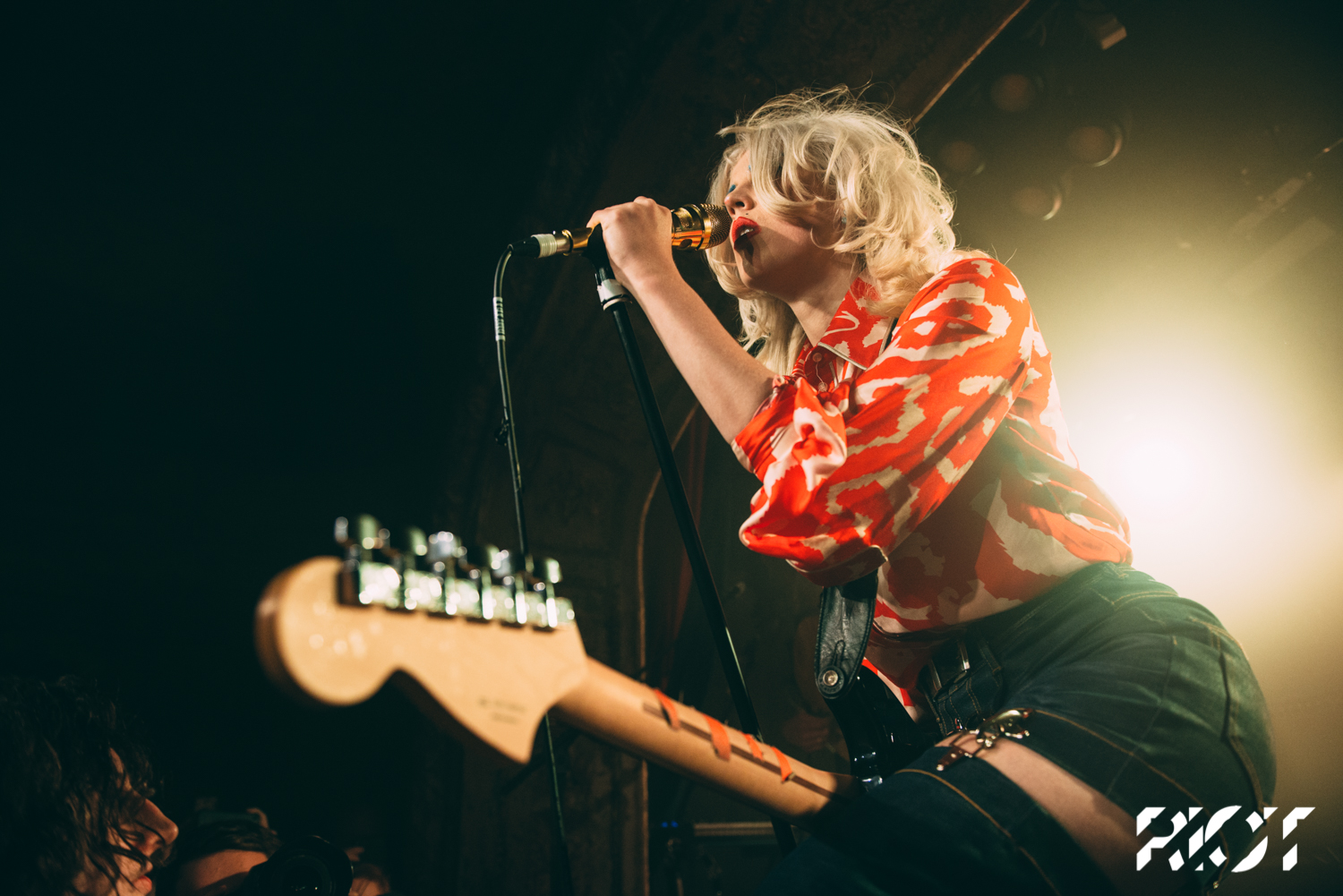 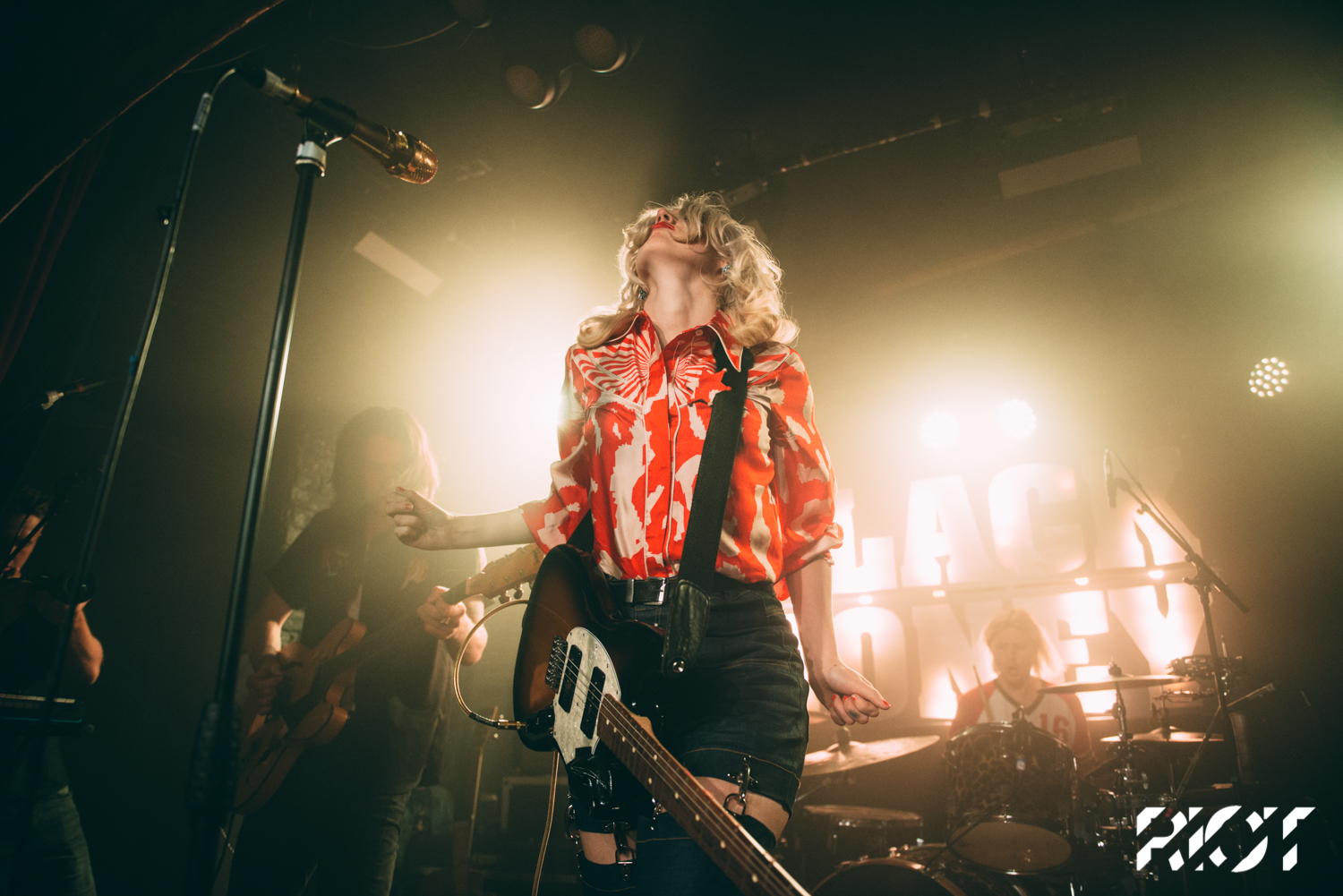 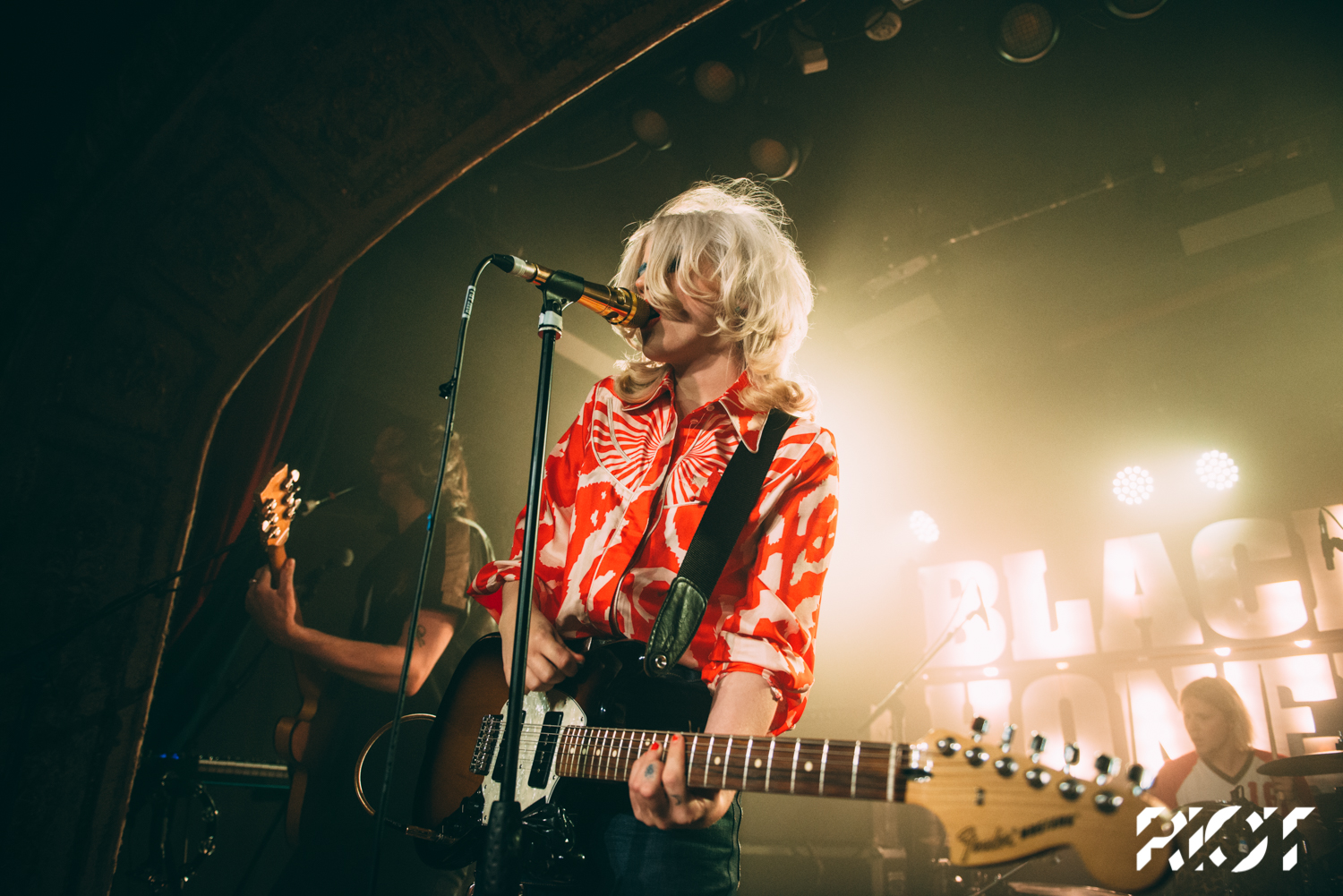 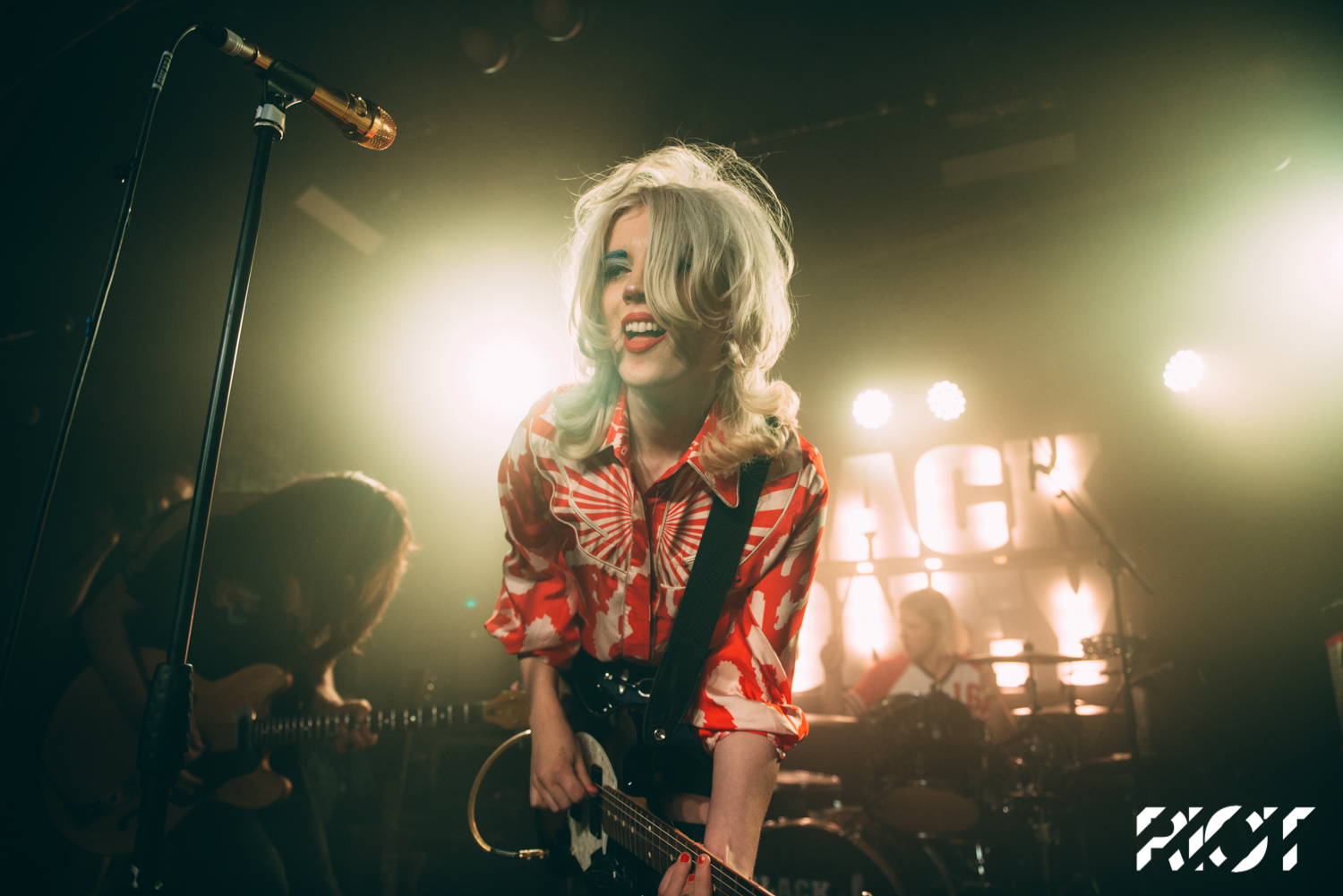 Black Honey will play a series of festival appearances this summer, before kicking off a full UK tour in October, buy tickets and find out more here.
Words by Ben Kitto, photos by Patrick Gunning.

English Teacher are a young band on the up and up, they’re...

It may or may not have escaped your notice, but there is...