Before I start talking about Busted’s London show there are a few things I have to say:

1. Charlie Simpson objectively has the most beautiful voice
2. My Busted phase was still rampant less than a year ago
3. I have spent way too long listening to the band’s different side projects

Okay, let’s get this show on the road…

The first thing I did after leaving the show was look up how old the members are. They’re in their early 30s, which is disheartening, to say the least. How can men in their early thirties feel comfortable singing words like “I guess I’ll have to wait for your life to be over”, “To get the best view of her ass / I drop a pencil on the floor / She bends down and shows me more” or “I climb a tree outside her home / To make sure that she’s alone / I see her in her underwear / I can’t help but stop and stare” in a time of Me Too and well… much better songwriting?

The band gave us the “honour” of hearing two of their brand new songs, and in under 30 seconds of their first single “Nineties”, it was painfully clear the song was offensively bland. You haven’t heard it yet, because it isn’t out (just wait untill tomorrow if you really want to), but there’s no point. The song is the classic I-wish-it-was-the-nineties-because-that’s-what-is-trendy-right? song. You can tick through a generic list of tropes they used – name dropping irrelevant but slightly nostalgic people (Macaulay Culkin, yes – the Home Alone kid), an absurd amount of “na”s, generic sweeping phrases and simple barre chords. It’s as if they have progressed backwards. 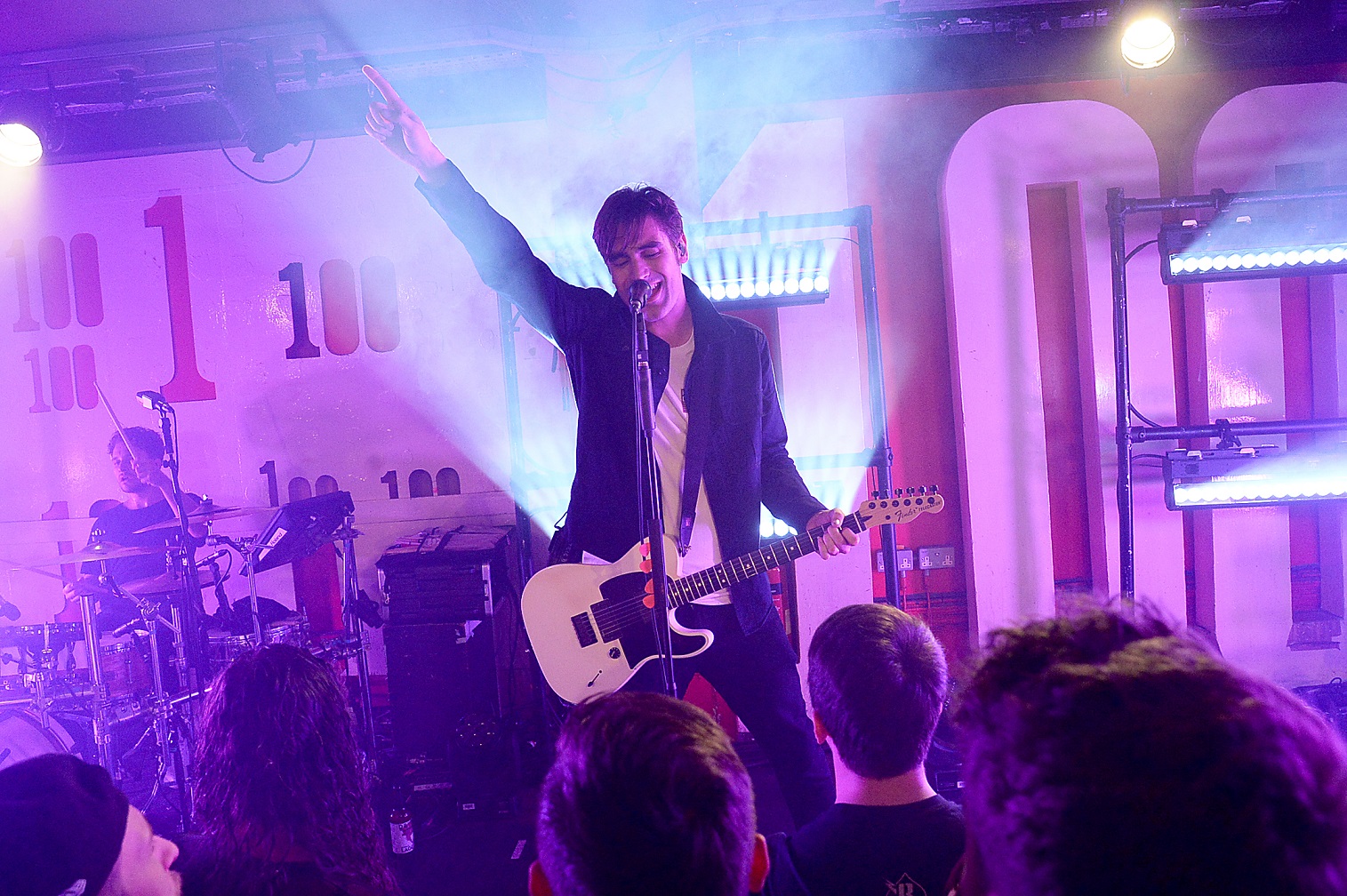 LONDON, ENGLAND – OCTOBER 29: Charlie Simpson of Busted performs during their smallest gig ever at The 100 Club on October 29, 2018 in London, England. (Photo by Dave J Hogan/Dave J Hogan/Getty Images for Warner Music)

Considering we all know what the members of Busted can do outside of the band, like in Fightstar, for example, it’s upsetting to see them playing basic guitar chords and singing basic and crass lyrics. Several times you could tell members were over it, turning around and letting their faces fall bored, as if they were going through the motions. It is obvious that they are overqualified to do the basic Bused “act” by far.

When talking about the new album it was almost like they felt forced into making it – something to tide over the fans. They said something about making what the fans would like from them, going back to their pop-punk roots – and I felt shit about it immediately. It feels like after writing the lyric “everybody bought our 7th album” in Year 3000 they signed a contract to write 7 albums, regretted it immediately, and their new, and 4th album “Halfway There” is as if they’re dragging their feet.

Even though these things are glaringly obvious there are some things that do need to be noted. As a band, they sound incredible live, their performance was fun and it was clear that everyone had a great time (even with the uncomfortable feeling you get when a 30-year-old man sings about watching a naked woman through a window, I too was having a great time). The band also present as humble, offering the crowd pizza after the show which, along with the other things I mentioned, should constitute to an incredible live act – but as we all are saying suddenly: Busted just “ain’t it (anymore), Chief”. There are few bands that I believe need to hang it up and move on, and Busted is one of them. Their skills could be utilised so much better in other bands, and they would be released from the pressure of being who they were over 10 years ago. Busted are trapped in mediocrity when they could be something so much greater. Will they be able to break out of it in their next album? Honestly, I doubt they’ll get to that. 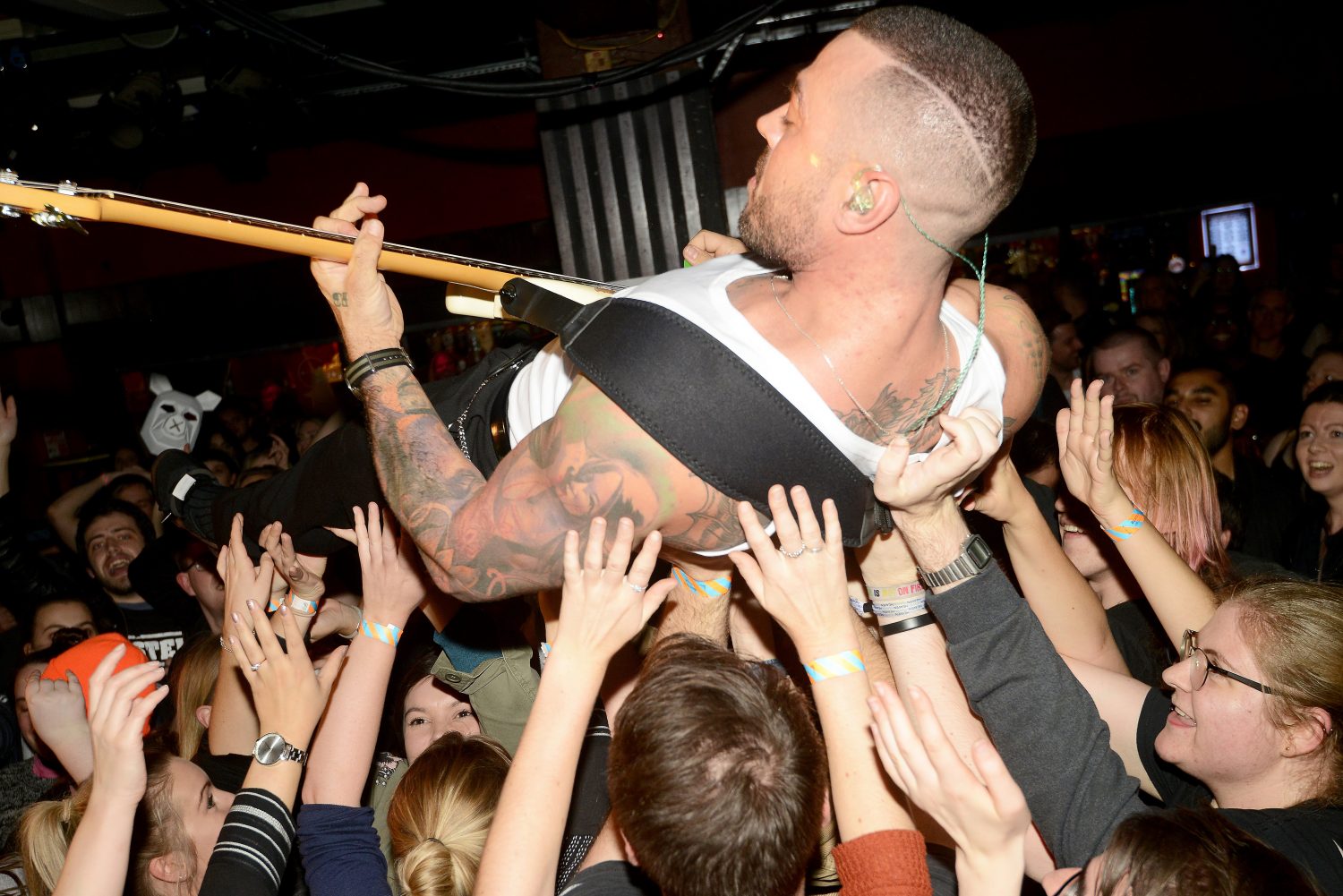 LONDON, ENGLAND – OCTOBER 29: Matt Willis of Busted performs during their smallest gig ever at The 100 Club on October 29, 2018 in London, England. (Photo by Dave J Hogan/Dave J Hogan/Getty Images for Warner Music)

With all of this in mind, there is one last thing I cannot leave without mentioning, the cherry on top of this shit sundae- they didn’t even play ‘Thunderbirds Are Go’, so, honestly, what’s the point?