At just 22 years of age, London-born pop singer Dua Lipa has already collaborated with the likes of big name producers Martin Garrix and Major Lazer, and made the UK top ten with her self-titled debut album, released in June of this year. With such an impressive track record and having released a series of well received and successful singles, it’s easy to see what it is that attracts her hardcore fan base, and why her most recent tour sold out so quickly.

On the first night of ‘The Self-Titled Tour’, last Thursday 5 October, Lipa pulled out all the stops, and wowed the Brighton audience with a stunning performance. Opening with single ‘Hotter Than Hell’, the crowd erupted into a frenzy as she strutted around the stage with flawless confidence, styled to perfection in a black bra-let and skater style wide-leg trousers. Accompanied by a full backing band, Lipa’s voice shone powerfully against the raw beat of tracks such as ‘Dreams’ and ‘Genesis’, whilst sounding silky and tender on slower songs such as ‘No Goodbyes’ and ‘Garden’.

As lights flashed from pink to red, Lipa blazed through a significant proportion of her album, with tracks such as ‘Last Dance’ and ‘Blow Your Mind’ sounding just as polished live as when recorded. When it came to performing sassy tune ‘IDGAF’, words projected onto a screen behind the artist encouraged the audience to raise their middle fingers in memory of all the boys who had ever hurt them as the lyrics “you say you’re sorry but it’s too late now / so save it get gone shut up” followed the same theme. Lipa then performed Martin Garrix’s ‘Scared To Be Lonely’ and ‘Begging’ before momentarily leaving the stage.

Returning with a stripped back version of ‘Homesick’, the raw piano and Lipa’s powerful vocals created an emotional atmosphere as she sang the tender words ‘It’s a bittersweet feeling / Longing and I’m leaving /I go, I go, I go / But I wish I was there with you”. However, the mood soon lifted as ‘Be The One’ brought everyone to their feet once again. Finally, she performed most recent single ‘New Rules’, leaving the audience on a high and desperate for Dua Lipa to return to Brighton again very soon. 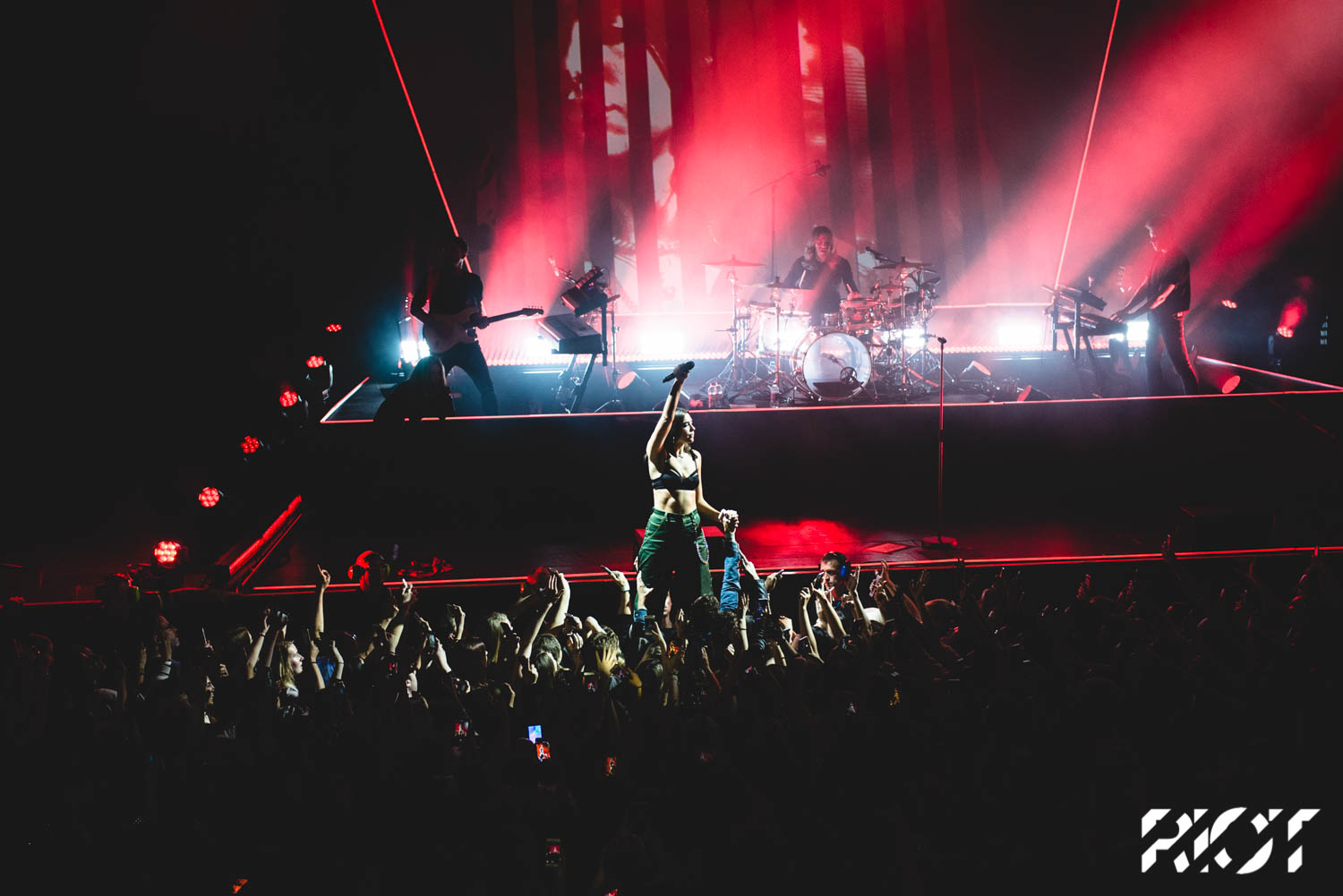 See our pictures from Dua Lipa’s Brighton show over here.