It’s not every day you witness the fusion of coming of age youthful exuberance with the intense passion of grey-haired middle-agers re-kindling their youth. But, on a bitterly cold November Saturday, SWX was a wash of multi-generational pandemonium as FONTAINES D.C graced Bristol with their presence.

The venue filled to capacity with the impatient passion of the disillusioned and disconnected about to find a rare hour of relation, and as clocks ticked over to 20:45, the murmuring crowd was silenced and eyes shot towards the still empty stage as Dean Martin’s ‘My Rifle, My Pony and Me’ began to blare through the speakers. The band swiftly followed.

Frontman Grian Chatten emerges last, and with his eyebrows and forehead scrunched he challenges the rabble before him to frenzy, indicating it was time for the band to begin melting the minds of the mass with opener ‘Hurricane Laughter’.

As ‘Checkless Reckless’, ‘Sha Sha Sha’ and ‘The Lotts’ followed, shirts were taken off and swung from the outstretched hands of juiced up punters on their mate’s shoulders.

The Dublin five-piece relentlessly peppered the mob with their boisterous, rhythmic and raw sound, playing critically acclaimed debut album ‘Dogrel’ in its entirety to absolute perfection in their own typically minimal manner. In and out, no messing about.

Chatten’s profound charisma and Ian Curtis-Esque manner blended with the ferocious intensity of his fellow bandmates showed no signs of fickleness, as he chanted the poetic lyrics in his vociferous shout-speak tone, frantically pacing about the stage, unable to keep his hands still. 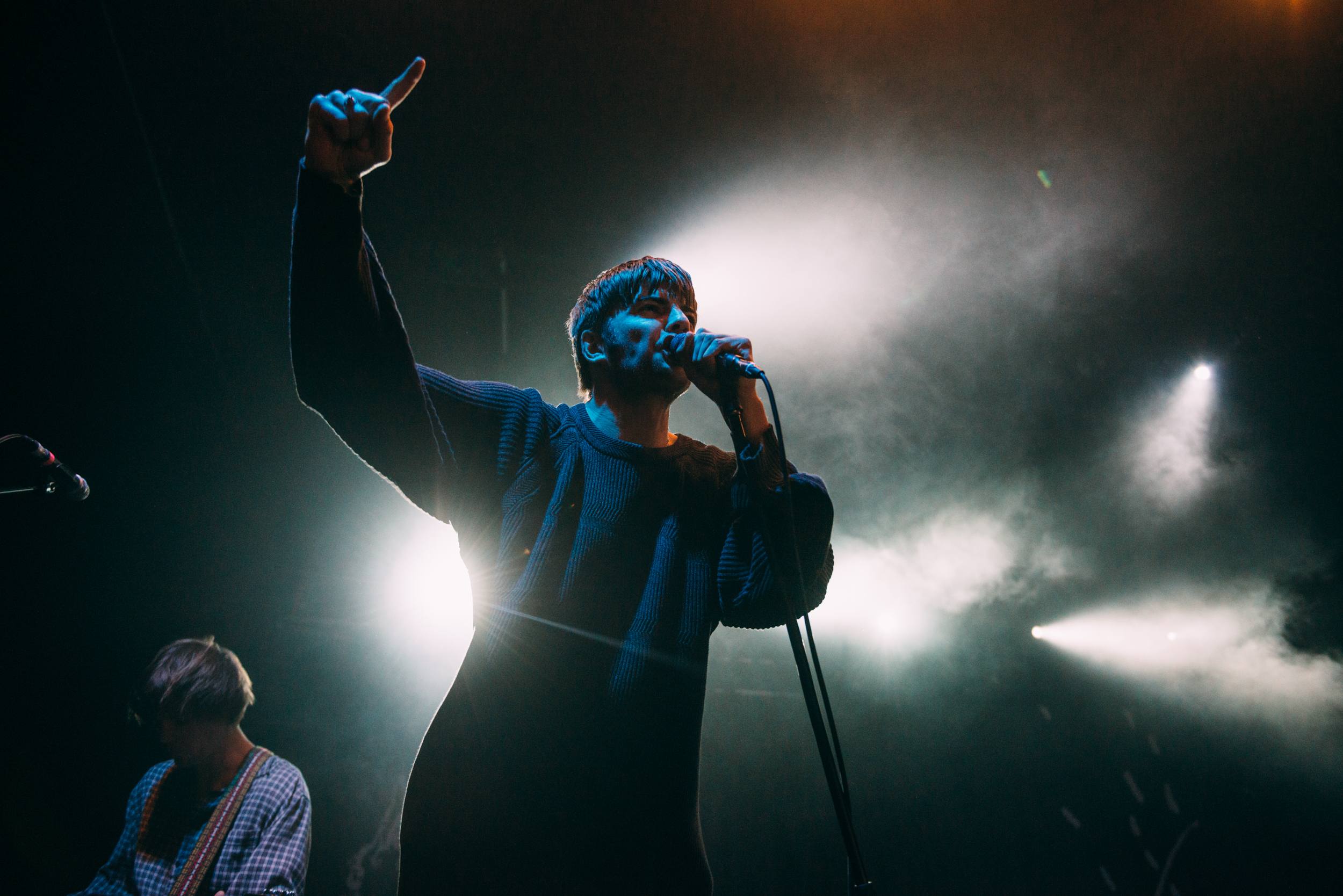 Barely a word was uttered between songs, leaving the horde with no time for a breather, not that they cared as they put security to work plucking the endless stream of crowd-surfers from the riotous pack. The only time the adoring mass were addressed was to return the shoe of a punter who threw it stage-wards in a fit of hysteria.

As the set reached its crescendo, the band launched into their final number ‘Big’, Chatten vehemently chanting “My childhood was small but I’m gonna be big”, perfectly encapsulating the meteoric rise of FONTAINES D.C from surprising support act to post punk frontrunners. 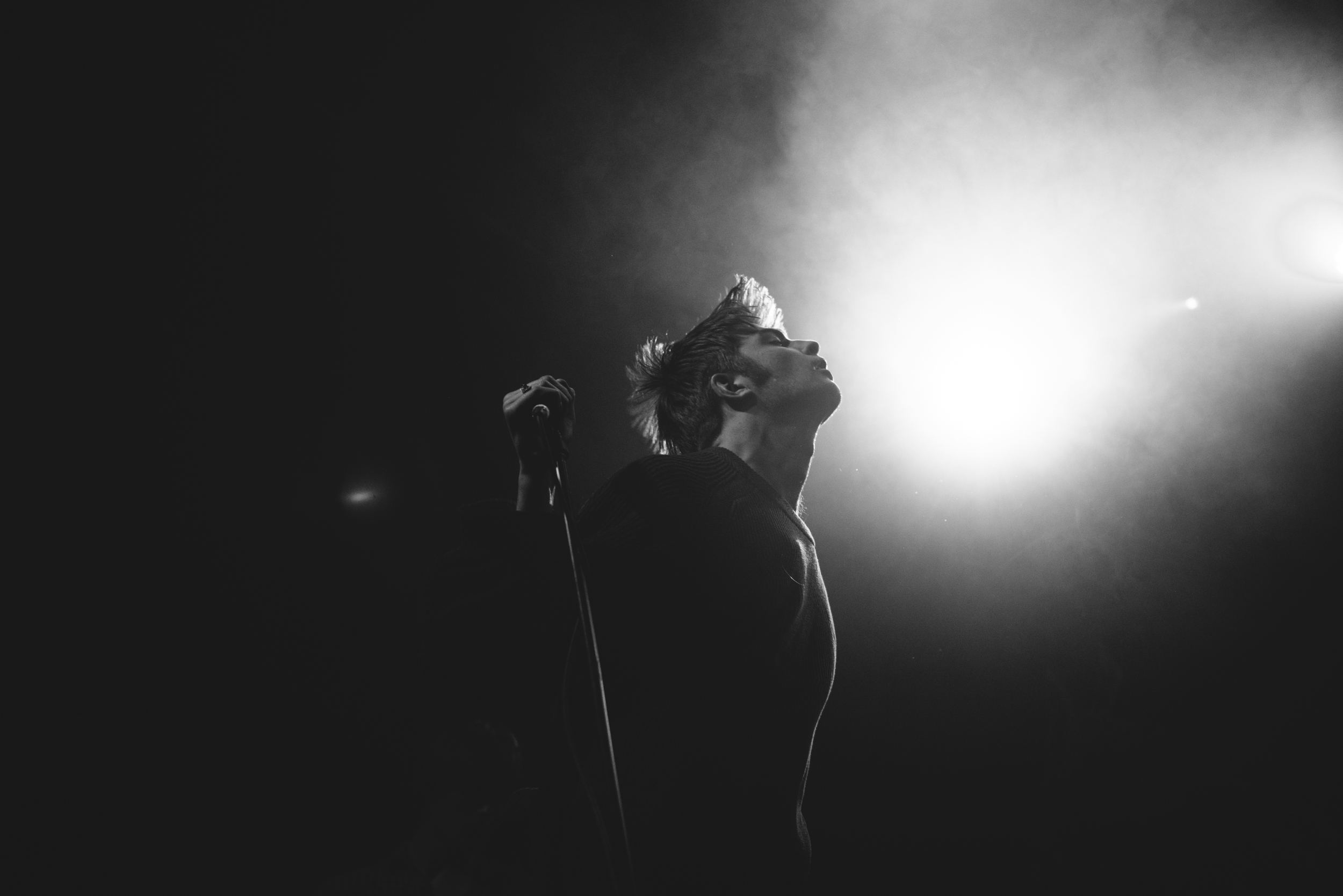 Fontaines D.C. return to the UK in February 2020 for a sold-out headline show at the O2 Academy Brixton

Manchester’s Castle Hotel is one of the city’s finest pubs, and last...