Live Review: I Don’t Know How But They Found Me // O2 Academy Brixton, London

I haven’t cried at a gig in years. I haven’t felt true musical-related hysteria at a gig in even longer. I can’t remember the last time I went to a gig and left completely besotted with a band.

Enter stage right, I Don’t Know How But They Found Me.

Considering I was up in the circle, not even in the pit with everyone else, this band can really work some magic.

There’s a level of stage confidence you need to have to elevate yourself into a separate entity beyond someone human standing on a stage. IDKHOW only has two members and yet they radiate pure charisma and raucous stage presence. The exaggerated stage persona of Dallon Weekes makes it really difficult to imagine him sitting down and eating breakfast. Stage Dallon doesn’t eat anything but glitter, he runs off of cheers from a crowd only, he is a separate entity that is reminiscent of all my favourite glam rock stars.

Yes, I know these are normal people and they both eat normal food and have families and whatever- but on stage, they are different creatures.

IDKHOW seem to have cultivated a following that would buy a ticket just to see them as the opening act. I met a girl that travelled from Belgium for hours just to see their 45-minute set. After the band finished their set the first two rows of the massive 5,000 capacity venue disappeared. That is completely unheard of and literally BONKERS. Fans were throwing flowers onto the stage, screaming, dancing and generally just losing their minds. I’m pretty sure I would have done the same if I was in the pit. Written in my notes directly is “I would probably die for Dallon Weekes”- IDKHOW have cultivated a hysteria that I am totally okay with falling subject to.

I’m going to stop gushing about this band for one moment just to say one thing. The band, since they only have one EP out, play a cover from their old band “The Brobecks”, yet on that night they chose literally the worst Brobecks song to cover. I am still baffled at their choice when there are so many brilliant songs to choose from. Anyway, choices. 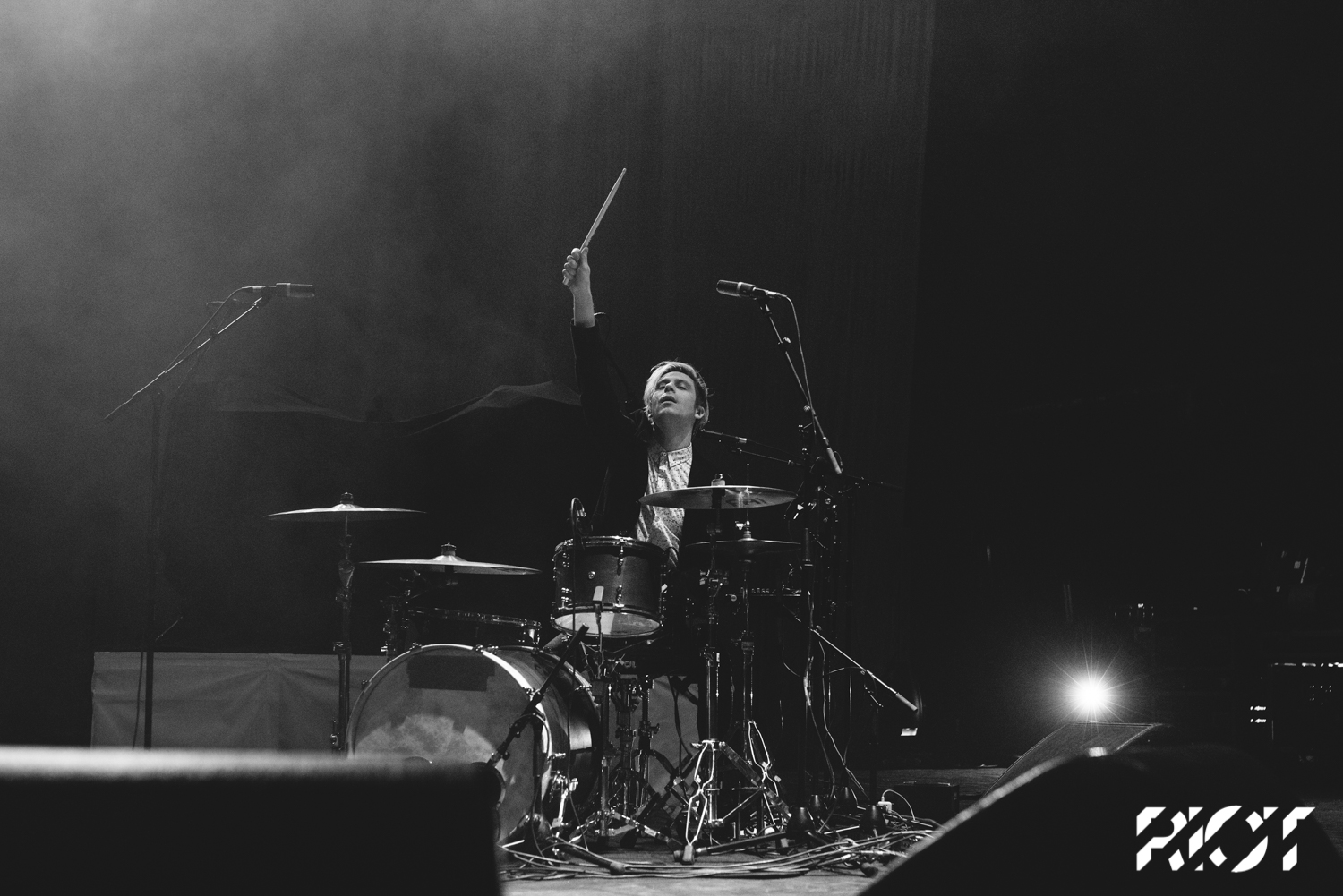 For those who don’t know anything about this band, except for my weird blubbering sacrilege- IDKHOW is as if Marc Bolan decided to find bass even more important and joined with someone who knows the importance of strong rhythm and together they play some groovy and jazzy-blues-tinted tracks as if they aren’t the only ones on the market currently doing it.

It’s a mouthful, but I promise, they’re worth it.

The trio from London-via-Nottingham have taken their bravest sonic step forward yet,...

Jaws give fans across the world a little taste of what we...

On announcing her 9th album evermore, Taylor Swift admitted that her musical...