Its official – Jimothy Lacoste is the best antidote for the cold December Monday blues. 2019 has been a whirlwind for the 20 something, Camden born rapper. Rising to fame in 2018, the combination of Jimothy’s catchy beats, idiomatic lyricism, viral music videos and refined sense of style have rightly landed him a spot in British pop culture.

To celebrate the release of his new single, ‘Finna Glow’, Jimothy bounds on to the Moth Club stage in his typical candid fashion. Opening with ‘Subway’ System’, an ode to the London Underground, the crowd are electrified into a party-like, beer-fuelled frenzy. Those that aren’t beaming from ear to ear look out of place.

Rolling through ‘Humble’ and ‘Freestyle’, Jimothy’s matter-of-fact stage presence and monotone verse is so unique and fascinating that you cant help but be locked in. Technical issues cause ‘FUTURE BAE’ to be cut short leaving time for Jimothy to confess that a “future bae has been found”. Fans at the front shower question to which he deadpan replies, ‘that stuff private’ and proceeds with a love song dedicated to the mysterious girl.

There’s no holding back for ‘Getting Busy!’, the foretelling first single incites Jimothy to display his full range of renowned dance moves. The crowd mirror his energy and collectively rise and fall to the beat whilst singing along.

‘Getting Loafers’, a song that suggests Jimothy’s second biggest passion in life is buying loafers, and ‘I Can Speak Spanish’ (not a lie, half the song is in Spanish) are the highlights of the set. Even the most sceptical fans behind me who bewilderingly exclaimed ‘Is he even real?’ at the start seem to have been won over by Jimothy’s charm. 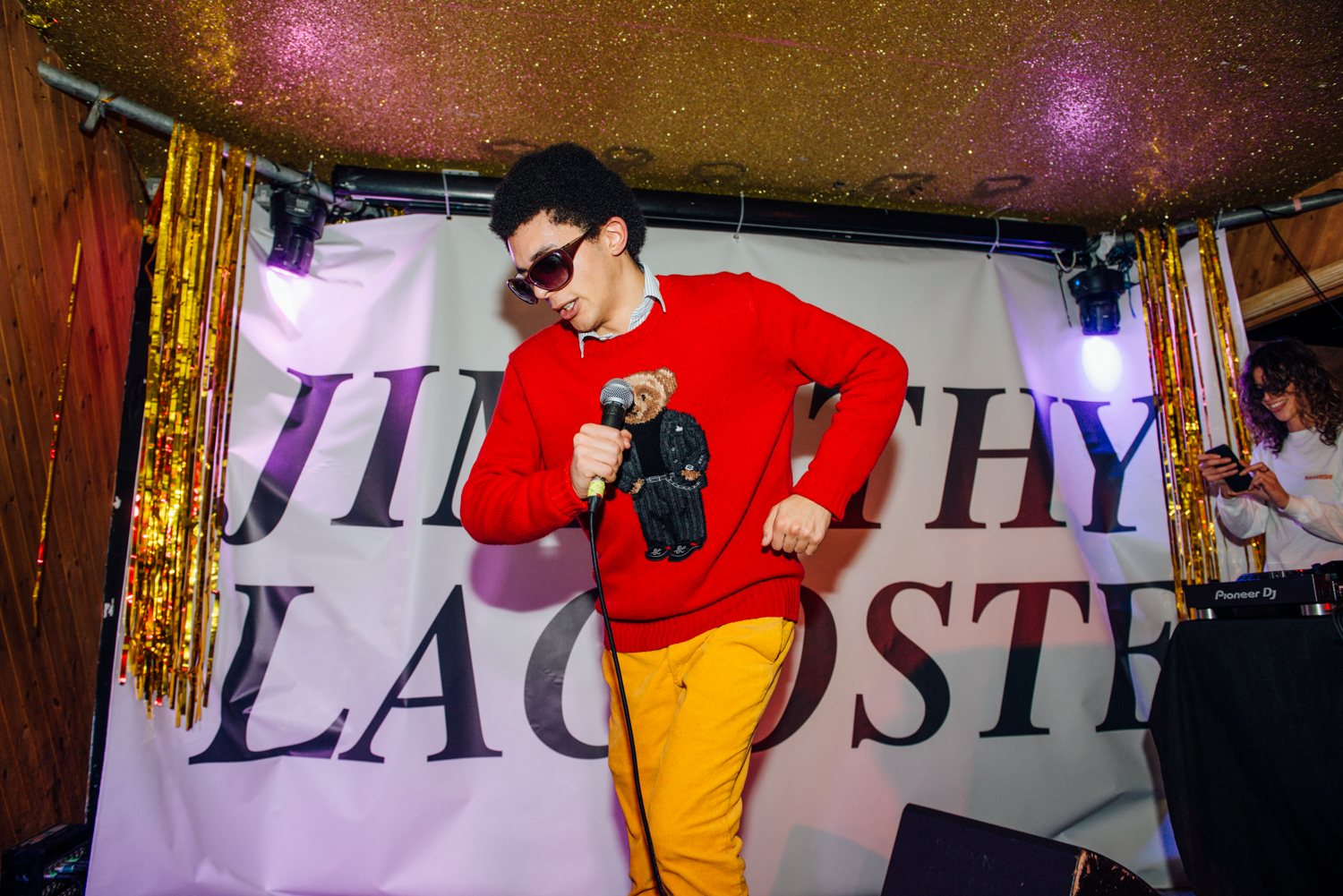 45 minutes after arriving Jimothy is gone again, closing with ‘Finna Glow’. The short but sweet set dispels any lingering doubt as to whether the artist can be taken seriously. Jimothy’s simplistic but authentic bops are amusing to listen to on your own and even more fun to see live; where the whole package seems to provoke a level of enjoyment that is sure to catch on.