Let’s be honest here – I was absolutely ready to trash KISS… I haven’t seen a band that I have hated in a while and KISS is an old band, so the members must be senile by now?

Nope, not at all. And even if they were, the sheer amount of sudden fireworks during their show must be enough to shock someone back 20 years.

The only choice that made me question their sanity was their opening act, which was beyond bizarre with its cheap American kitschiness. The man painted on stage for half an hour, which was interesting, but not exactly opening act material.

Anyway, KISS are one of those bands where you’d just assume they’d already broken up, or one of them had died doing something stupid. But guess what? KISS are still around and Gene Simmons is still slobbering all over the stage. 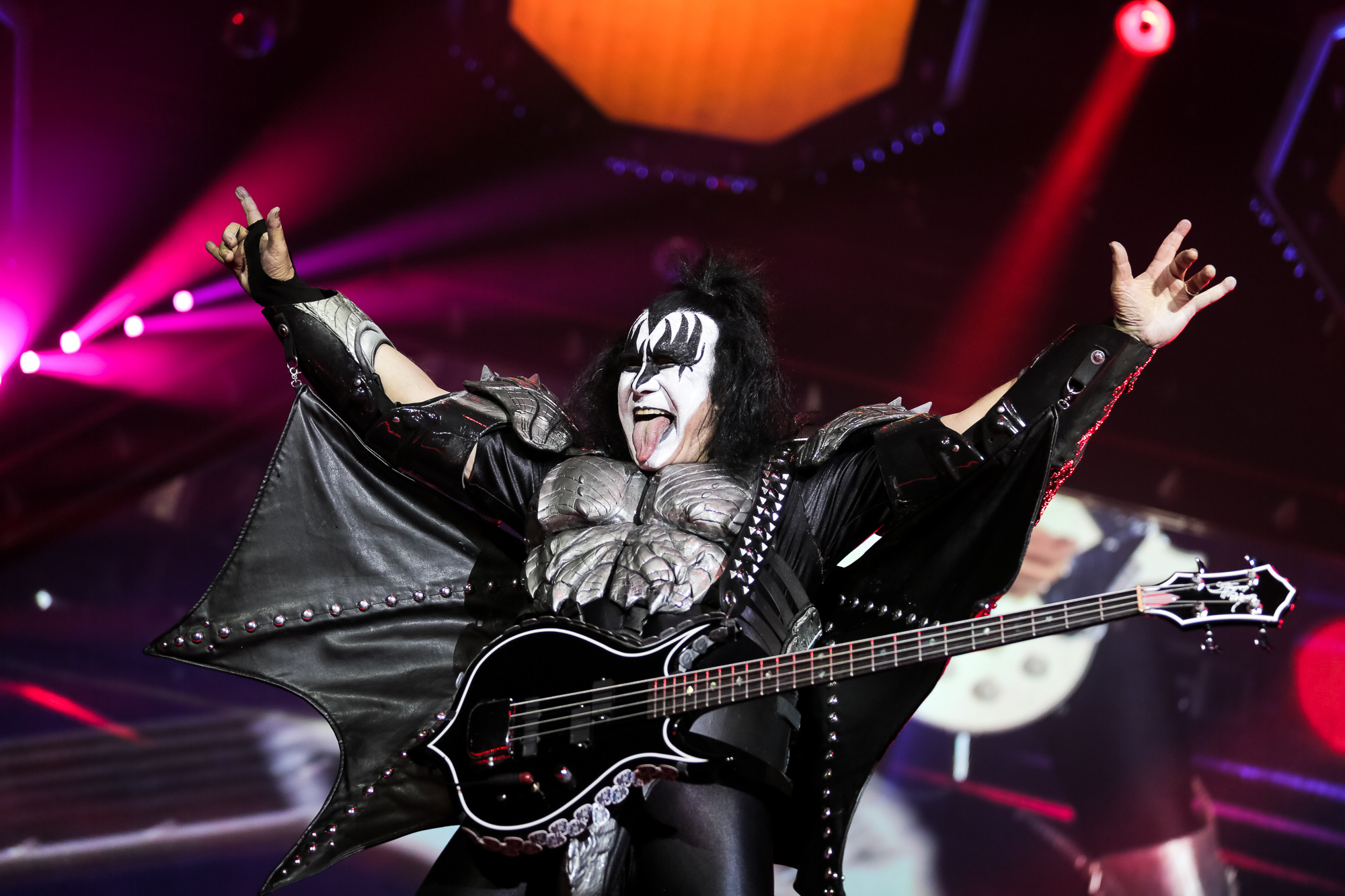 It feels bizarre that a section of my review is dedicated to Gene Simmons tongue, but it’s probably what he would want. The first thing I wrote down in my notes was “bass boy is fucking terrifying”, and that was true at the time. But in puppy dog fashion, as soon as Gene was slobbering the makeup down his chin he seemed a whole lot less scary.

Each member of KISS really had something utterly bizarre about them. Paul Stanley speaks like Walt Disney’s Goofy with an American kids show set of phrasing that made sure I couldn’t keep a straight face. Drummer Erick Singer, aka. ‘The Catman’, meanwhile was so close to being lit on fire that I feared for his life. Regardless of how weird they were, at least they weren’t as wild as the fans who fought over Gene Simmons bloody towel that he spat into. On that note, watching Gene Simmons spit blood onto a bloody towel after slobbering down his from was fucking grim on several levels. 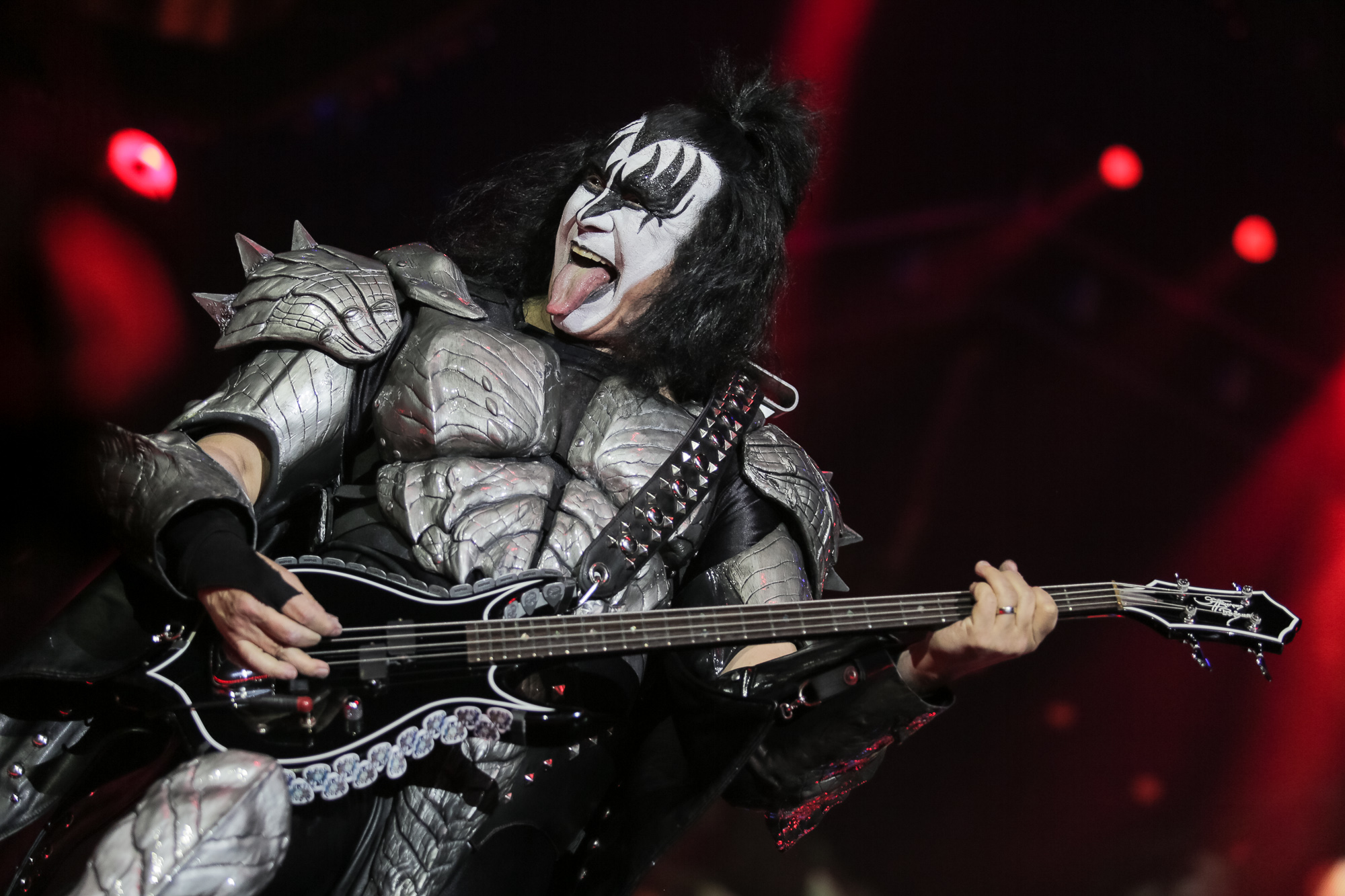 KISS has been so iconic that watching the now-older members still in their tight faux leather and face paint almost parodies themselves in image. But regardless of this they still sound great, and the Catman’s talents seem to have only tripled in the years KISS have been playing.

While the irony of this being their second ‘farewell’ tour in the band’s life cycle seems almost lost on the crowd – you can’t help but admire the blaze of fire and flailing tongues the band are heading out on. With a show Americanised almost to a painful extent, it was a stark reminder of  what made them such an iconic band to begin with.

So I guess KISS really are the definition of American Rock’n’Roll – I’ve never seen such a production paired with such American-feeling crowd interaction. Thanks for the heart attack, KISS, you’ve shocked me back to life.