MGMT have already toured new album Little Dark Age once in the UK, around the time of its release earlier this year. Upon the record garnering critical acclaim (something that had eluded the Connecticut duo for some time) however, it was more than necessary to revisit Europe in much bigger venues.

After the staggering success of their debut record, Oracular Spectacular – one of the most youthful and time-proof releases of the 2000’s – MGMT hit a stagnant period of releases, chasing their earlier success with ever more surreal and alienating attempts to recapture former glories. Their most recent LP has undeniably put to group back on the right creative tracks and the sense of youthful optimism has been restored to the air as the audience await the headline act.

Strobe lights and colourful screens on stage are greeted with cheers from an animated crowd and, as the group (featuring three touring members) wave to spectators and commence their set with 2007’s The youth, it is quickly apparent that this is a tour fuelled by celebration, fun and, at the risk of sounding pessimistic; relief.

The second track played is new single ‘When You Die’, which was met with equal enthusiasm – seamlessly fitting into the band’s setlist between older staples.

The set throughout the evening mostly borrowed from the first album and the most recent release, with only very occasional forays into the three lesser-talked about LPs, such as ‘Flash Delirium’ (which has the timeless, crowd-pleasing accolade of featuring on Fifa 2011), and 12-minute Siberian Breaks, from sophomore album, Congratulations. The stage design, which consisted of Roman columns, potted trees and multiple screens projecting ever-more trippy, hallucinogenic videos, were all testaments to the sense of light-hearted enjoyment that the group embody.
MGMT have an almost inconceivable trio of secret weapons when it comes to curating a live setlist, in their early singles ‘Time to Pretend’, ‘Electric Feel’ and ‘Kids’; any one of which is guaranteed to evoke a positive atmosphere in even the frostiest of concert halls.

Andrew Vanwyngarden is still not the elite, powerful vocalist that you may expect to see gracing the Hammersmith Apollo, but he has the bohemian charm and arsenal of feel-good bops to compensate for this. 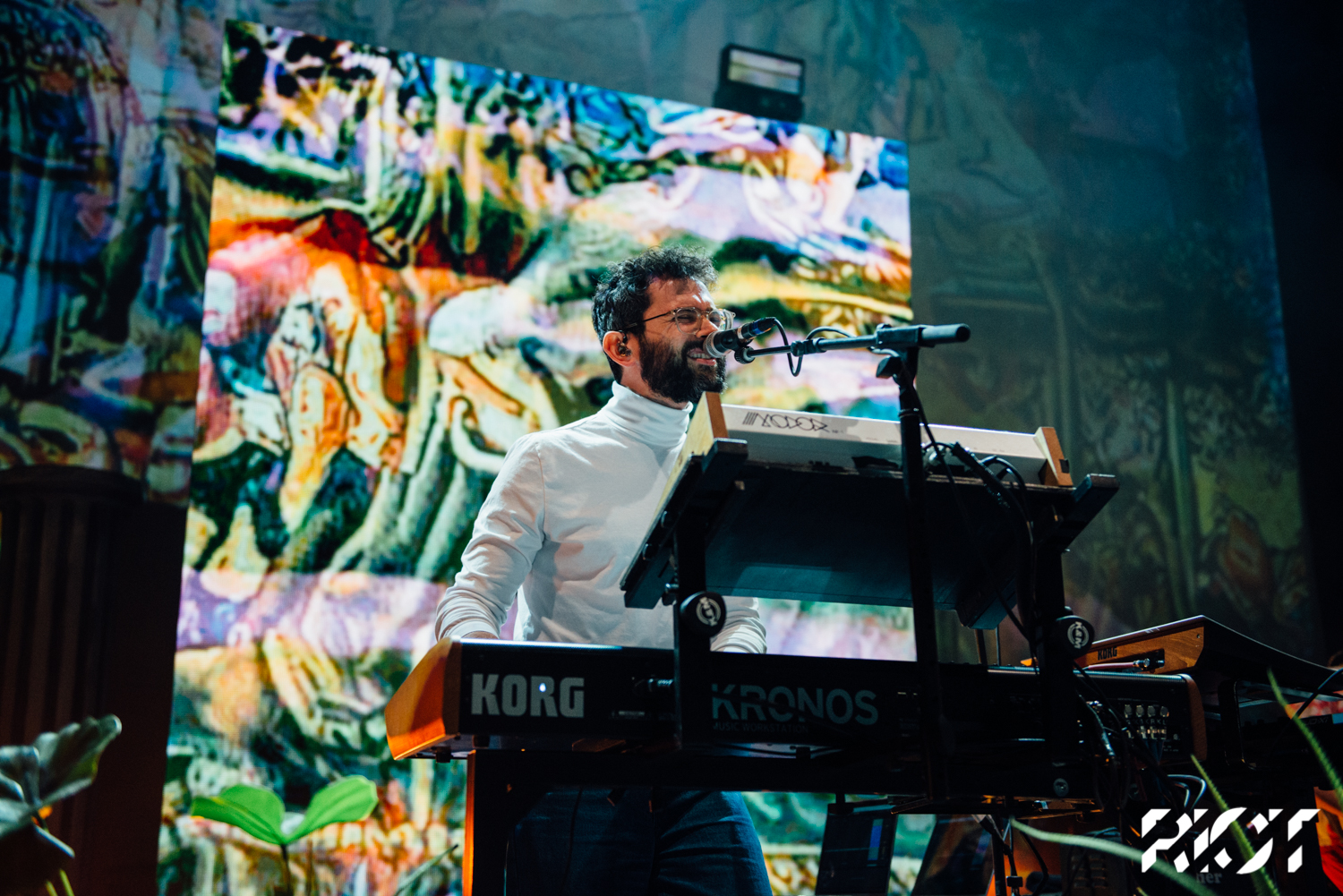 Bravely, the group returned to the stage for a three-song encore, having already used all three of the cornerstones from the first album and both main singles from Little Dark Age. Vanwyngarden and Ben Goldwasser performed as a duo under the spotlight for stripped-back song When You’re Small, before reincorporating the group for the following tracks.
It was admirable to return to the stage post-Kids, as if to make a stand that the show doesn’t still climax with a decade-old hit, but a poor choice of encore songs made for an anti-climactic end to an evening that had offered so many climaxes throughout the set.

It is reassuring, nonetheless, that this was the performance of a group who have recaptured a child-like spark that made a whole generation of music fans fall in love with Bohemian indie bops. 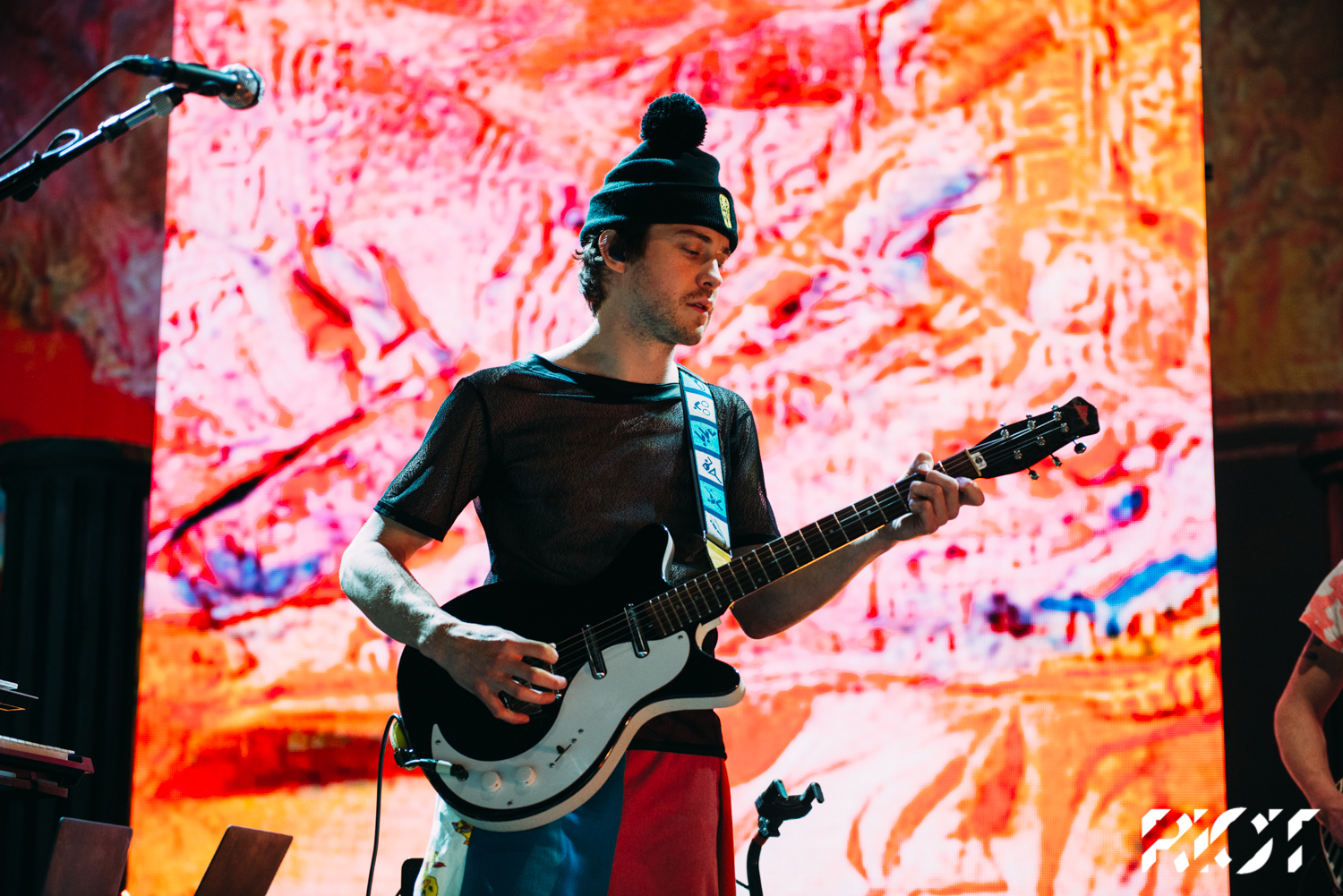 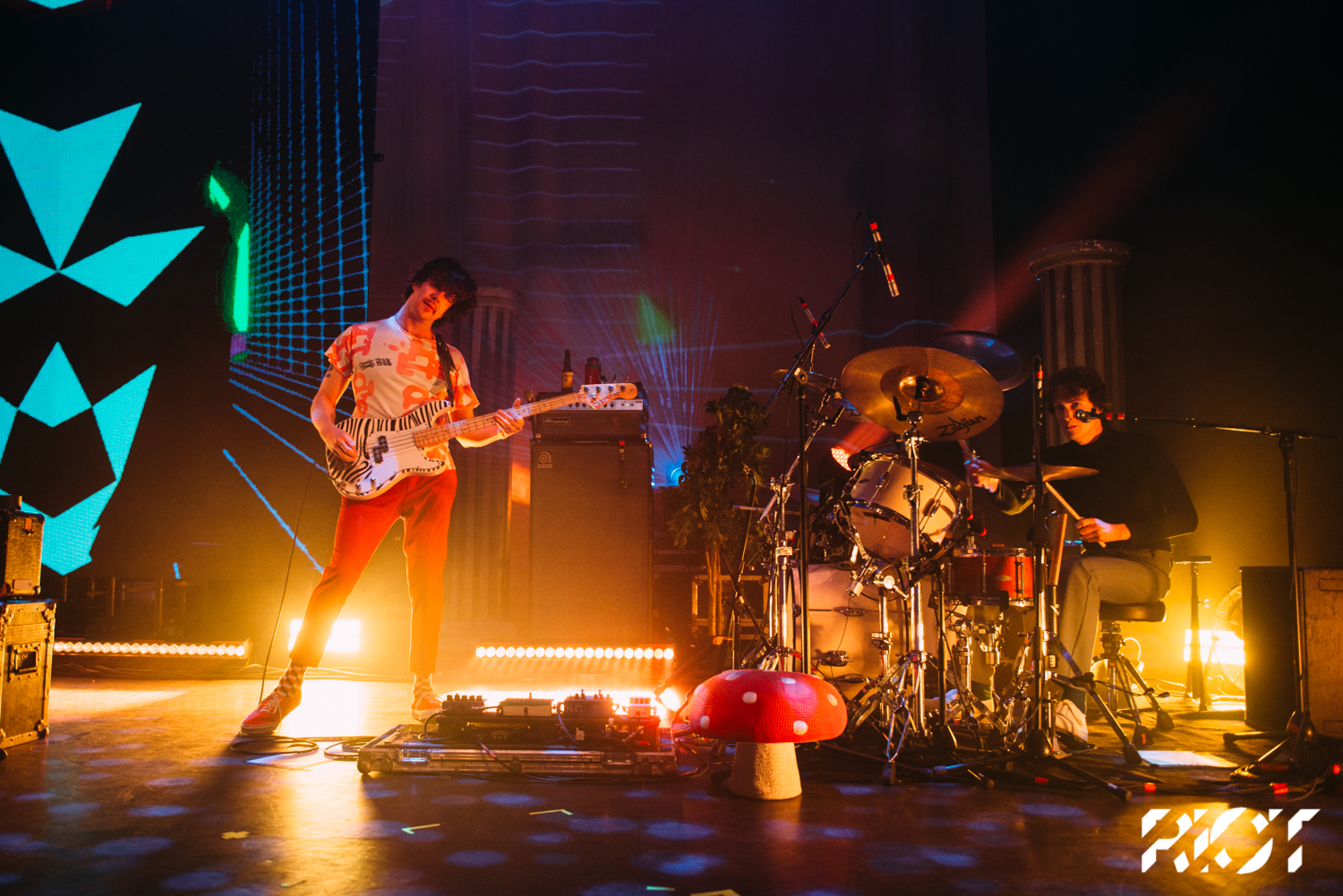 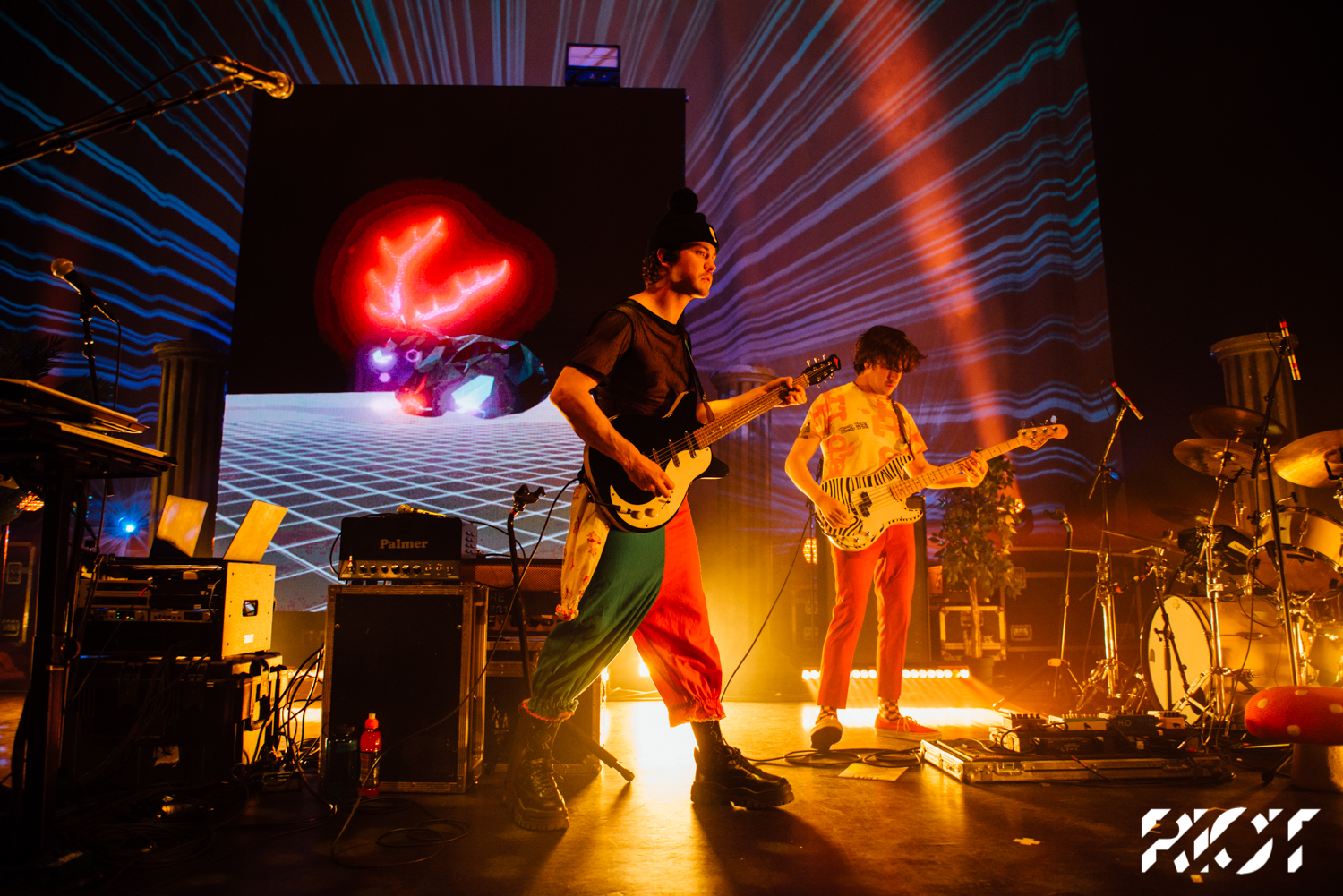