“I’m home,” announces a bashful Alex O’Connor, better known as sad-boy singer-songwriter Rex Orange County. After having a year that almost sent him off the edge, the O2 Brixton Academy crowd gave O’Connor a warm welcome back to London for the first of his three sold-out shows.

The Surrey-raised artist is touring to promote his new album Pony, which was released in October. Coming off a high after the success of his sophomore album Apricot Princess, his newest release picks up where he left off in this coming of age album. Throughout the show, O’Connor makes sure to play the best of his discography, making this one of his best performances to date.

The crowd is alive and buzzing in anticipation before O’Connor steps foot on stage. There is no opening act, which is a ballsy move. But his fans, who even have O’Connor as their phone backgrounds, don’t need any warming up – they just want to see their favourite musician perform.

As he ambles onto the stage alone, O’Connor stands for a moment and takes in the crowd before taking a seat at his keyboard and the show begins. He plays a few notes and then the curtain behind him falls and reveals a garden with Toy Story-eque clouds and fake grass. A full band with brass instruments and guitars stands behind him now, joining him in performing a slower version of his single ‘10/10.’

“I can’t tell you how good it feels to be home,” O’Connor gushes during the set. He performs two fast-paced songs off his latest album, getting the crowd hyped, before posing an important question: “I know this is the Pony tour, but would it be OK if I play a song from Apricot Princess?”

The crowd is ecstatic as O’Connor performs back to back hits from his sophomore album. Beers spill as people mosh to ‘Never Enough’ and sing and dance to ‘Television / So Far So Good’ before O’Connor begins to slow things down. The curtain closes and it’s just O’Connor again, giving the venue a more intimate feel as he sings his more vulnerable songs.

O’Connor pulls out the ballads as he plays the keyboard, performing ‘Pluto Projector,’ an Ed Sheeran cover of ‘I Don’t Care,’ and “the first song he ever wrote,” ‘Corduroy Dreams,’ amongst others. Needing a breather after spending the first part of the show dancing, fans hold up the torches on their phones and sway along, taking in the moment. 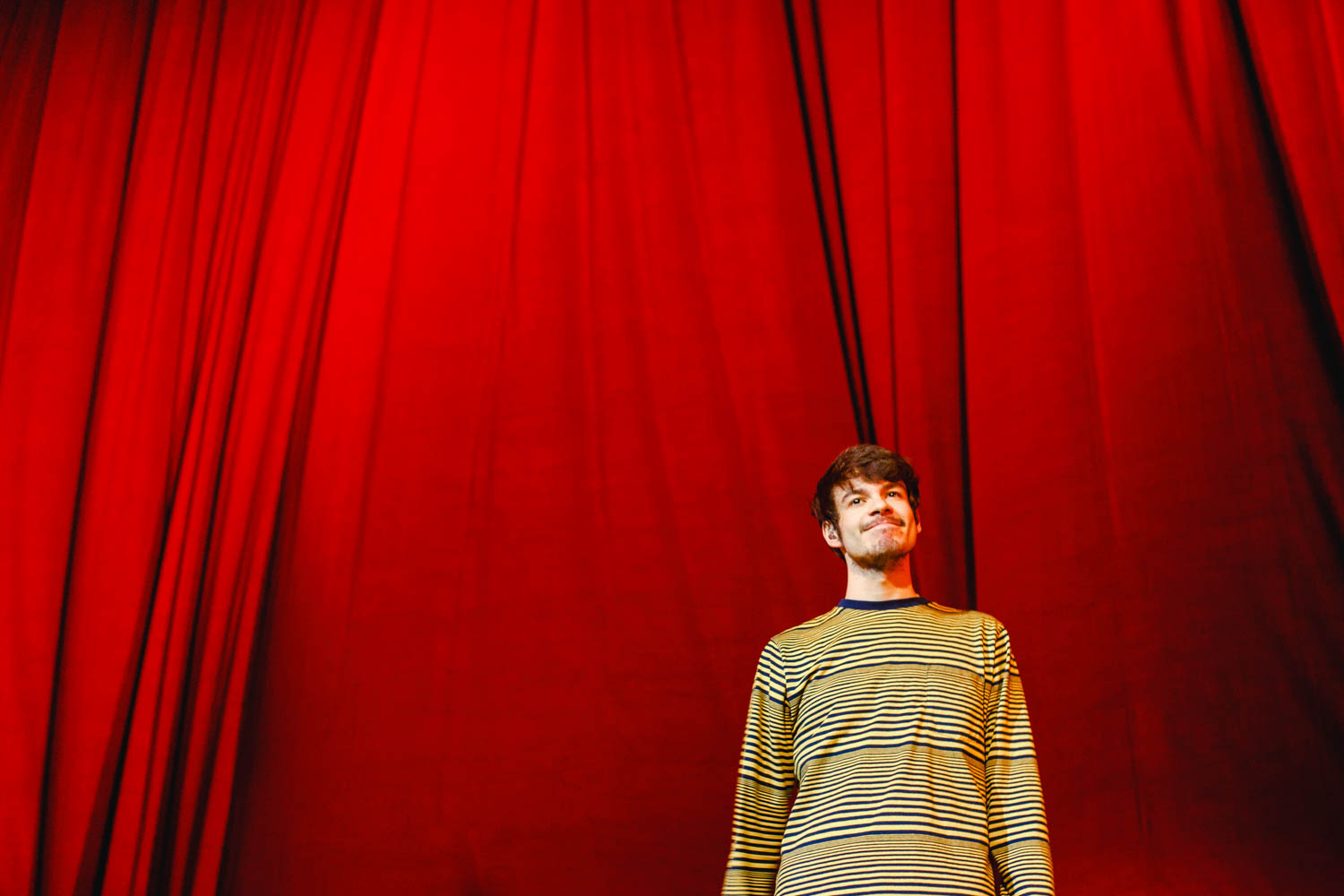 After a few more songs, the pace picks back up with ‘Never Had the Balls.’ Once again, the curtain falls and this time reveals set change. The garden has been replaced with a silver pony balloon and disco balls as O’Connor transitions into the climax of the show. Confetti cannons explode when O’Connor sings the melody, making this a stadium-worthy performance.

Now that the crowd is properly warmed up, O’Connor plays the feel-good hits. Fans begin to sing the words to ‘Sunflower’ before O’Connor even has the chance. He follows up with ‘Best Friend,’ and ‘Loving Is Easy,’ which once put him on the map as an artist. The crowd is giddy and alive, high off of hearing their favourite songs, but then O’Connor breaks the bad news and says it’s time for the last song.

He takes things down a notch and pulls on people’s heartstrings with the ballad, ‘It’s Not the Same Anymore’ and finishes with ‘Always’ as an encore. People sway along and sing, taking in the last few moments of the night and hold each other, never wanting the show to end.

Throughout the show, O’Connor shows he’s mastered the complexity and sincerity of performing. He’s still the soft boy fans love, who doubts himself and apologies for all his past mistakes, but he’s slowly growing up and maturing at the ripe age of 21. O’Connor said it best himself: ‘It’s Not the Same Anymore.’ He’s right, he’s no longer an undiscovered indie artist. He’s now giving ‘10/10’ performances in large venues, and we can’t wait for when he sells out the O2 Arena.